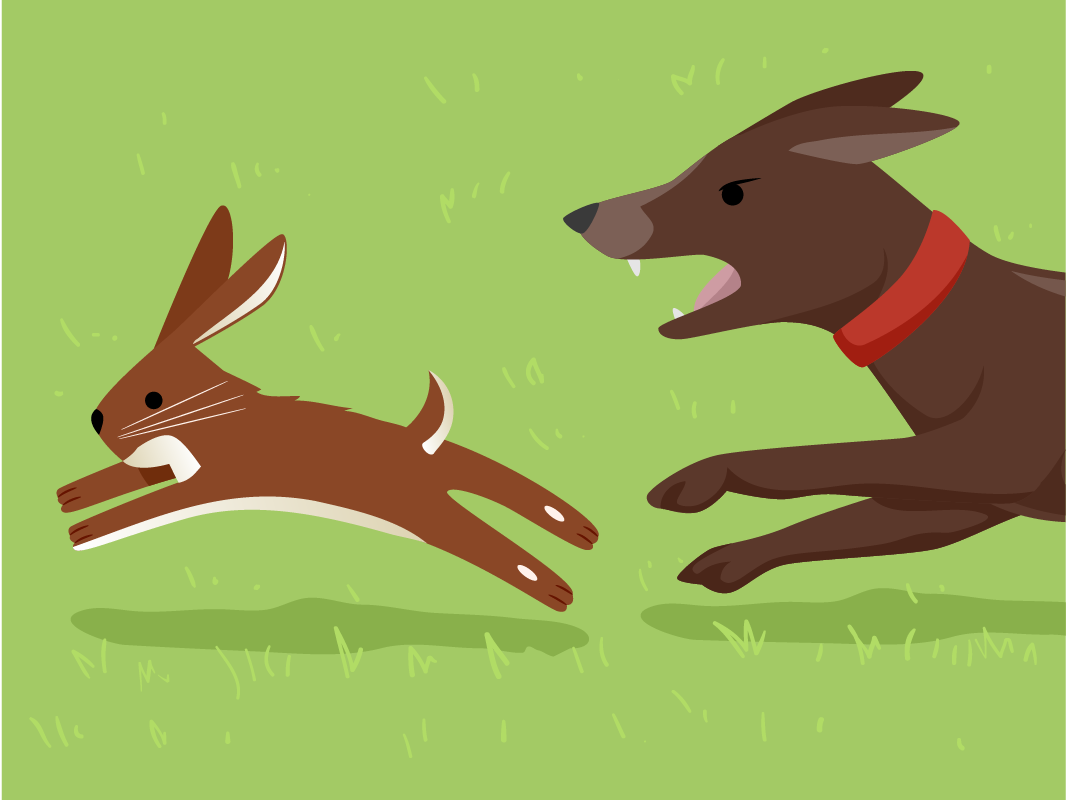 Willy wasn’t worse than other rabbits. His ears stood up straight like theirs, he had the same color of fur, and his bushy tail looked just as nice as any other rabbit’s in the woods. But poor Willy really did have a big problem. No matter what he was supposed to do, Willy always did it the wrong way. For example, most rabbits took off running with a hop, skip, and a jump. But not Willy. He started out with a jump, skip, and then a hop.

His mother had nearly given up trying to teach Willy the right ways. That’s because two days ago, she asked him to take out the garbage. Instead, Willy brought trash into the house and stacked it neatly in the hallway. “One of these days,” his mother scolded, “something very bad could happen to you if you don’t stop, look, and listen.” In fact, on that very day, she had taken him down to the railroad tracks where a sign with those words of warning stood guard at the crossing. But Willy didn’t stop, he didn’t look, and he didn’t listen. He charged right toward the tracks just as a fast-moving passenger train roared through. Lucky for Willy, his mother grabbed his little coat just before that monster streaked only inches in front of his twitching nose. He held his breath and closed his eyes tight.

For nearly a minute after the train had passed, his mother couldn’t speak. But when she did, Willy knew he was in trouble. “Willy the wrong way rabbit,” she said in a trembling voice. “Whatever shall become of you?” And that was the last time she tried to teach him.

When Willy’s friends teased him about being the wrong way rabbit, they weren’t simply being unkind. Willy always did things the wrong way. Like whenever he ate dinner with his family. If all the other rabbits at the table passed serving bowls from the left to the right, Willy tried to pass them in the opposite direction, which was wrong. If he were told to turn right, he went left. It was no use telling Willy to go up the path because he’d turn and go down. To Willy, left was right, black was white, day was night, up was down, hot was cold, in was out, under was over, and fast was slow.

Willy hopped out into the woods where he could think about his problems. He stayed out there for a long time. Later he wandered down by Webster’s Creek where he spoke quietly. “I’ve always been a happy rabbit. Having fun is just a habit. If there’s a carrot, I will grab it. I can’t help I’m a wrong way rabbit.” After sitting on the bank for a while longer, he heard a familiar voice.

“Hey Willy! Where’ve you been?”

He looked up at his friend Wilbur.

“We haven’t seen hide nor hair of you."

Willy rubbed his nose. “I’ve been around. What about you?”

“We hopped past where the watermelons grow.”

“Willy smacked his lips. “Watermelons. What a wonderful taste. Who was guarding them?”

Willy’s ears stood up a little straighter. “What was he doing?”

“Why was he whistling?”

Wilbur sat next to his friend. “Whenever he knows we aren’t around, he whistles.”

Willy turned to Wilbur. “Where was his dog, King?”

“Whining in the bushes at the end of a strong rope.”

Willy shook his head. “Wonder why?”

Willy stood up. “Wow, wouldn’t a watermelon be delicious on a hot day like this?”

Wilbur stood next to him. “What are you thinking?”

“Well, Wilbur, why don’t we get all of our friends, hop on over to Woodman’s yard and go through his fence tonight?”

“What if King whines?” Wilbur asked in alarm.