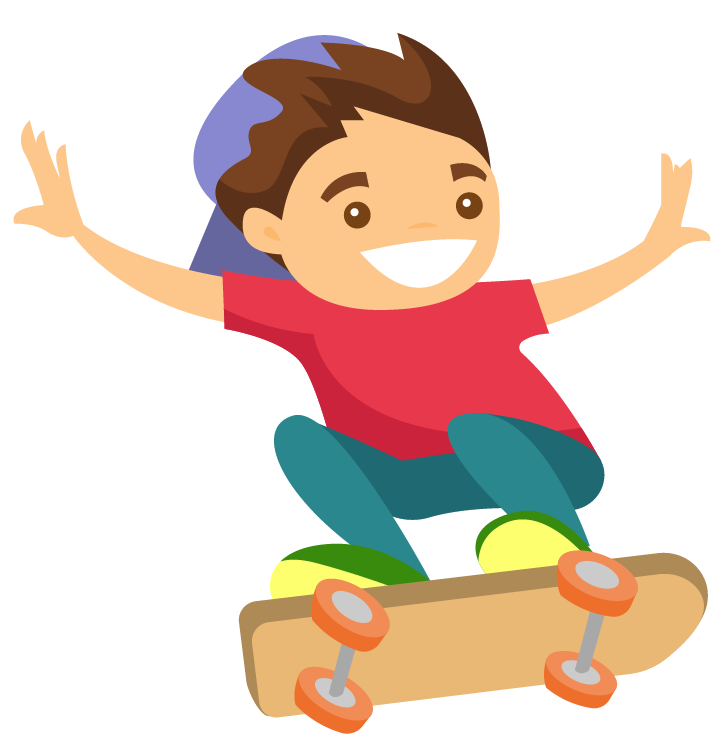 Wally liked to ride things—bucking broncos, unicycles, and even giraffes. It didn’t matter what it was, if it could be ridden, Wally was going to ride it.

One day Wally rode a bus to the airport. Then he rode an airplane to Alaska. He’d never been to Alaska, but he had heard about all of the big wild animals that roamed the wide-open lands.

First Wally found a moose. The moose was as tall as the moving truck that Wally rode in the year before, except the truck had a step to help him climb up into it and a comfortable seat to sit on. While the moose chomped happily on a wild rose bush, Wally rolled a huge boulder next to him. He climbed onto the rock and then hopped onto the moose’s back.

The surprised animal reared. Wally grabbed onto the hump on its back, but his hands slid right off. At the last minute he grabbed onto the large spread of antlers to avoid slipping off the animal’s back. The moose crashed back to the ground and shook his head back and forth. Wally almost flipped over the enormous head. The moose pawed and stomped the ground with a front hoof and then suddenly bolted forward at top speed. Wally hooted, “Yahoo!” and the wind whipped his word right back into his face.

The moose bucked once and then twice. Wally bounced around on the animal’s back, but he managed to stay on. Again, the moose took off running, and Wally grinned into the wind and hollered with excitement.

Eventually, the moose settled down. He grunted and shook his head, his dewlap swaying like a church bell under his chin. Finally, the big bull moose found a place to graze. Wally slid off the animal and dropped a long way to the ground. He patted and rubbed the animal’s flank.

“Thanks for the ride,” Wally said.

Then he set off across the expanse of land until he came upon a roaring river. And there on the other side of the river was a great big Kodiak bear. The bear was fishing for his afternoon meal and didn’t notice the boy.

Wally studied the fast moving water, hoping to find a way across—perhaps a path of rocks he could leap on. Then he saw an impossibly large fish jumping upstream. The gigantic salmon was longer than Wally was tall. He had shiny gray scales with black spots and a long reddish pink stripe along its side.

With a running start, Wally launched himself over the water and landed on the back of the huge salmon. He grabbed onto the dorsal fin to keep from splashing into the water. The salmon wiggled its tail furiously to gain momentum for its next jump. Up, up, and up the rapids Wally traveled on the fish’s back. Ice cold water soaked his clothing, and he shivered so much he almost lost his grip, but finally they were at the top of the rapids, and Wally swam to shore near the bear.

He sneaked up behind the bear and was about to jump upon its back when he saw the bear’s snout wiggle up and down. The bear stood up on its back feet and sniffed the air until it found the source of the scent. It swung toward Wally and crashed back onto all four feet.

“Uh oh!” Wally took a whiff of his jacket. He smelled like the bear’s dinner. The Kodiak stepped forward. Even on all four feet it towered above Wally like a hulking giant.

Thinking fast, Wally darted forward and ducked between the bear’s front legs. Dropping to a crawl, Wally scurried as fast as he could under the bear’s belly. The bear dropped his head and tucked it upside down between his two front legs to watch as Wally crawled out through his back legs. Loosing his balance, the bear flipped into a summersault and landed on his back with an earth-shaking flop. With a rumbling growl, he rolled onto his belly with all four legs splayed.

Wally climbed right onto the bear’s back and curled his fingers into the thick ruff of the animal’s neck. Leaping to his feet with a bone rattling roar, the bear lumbered up the riverbank. He loped through the tall grasses and splashed through mud puddles. Wally whooped like a cowboy, “Yee haw!”

The bear crashed sideways into a tree, trying to scrape Wally off, but its back was too broad. Wally tucked his legs up like a jockey on a racehorse and leaned forward as if they were approaching the finish line. The bear rose up onto his hind legs, bellowing loudly. Wally hung on tight, thankful when the bear landed again on all four feet.

Then Wally noticed the bear’s nose twitch and wiggle. The Kodiak lumbered over to a patch of shrubs and stuck his nose into the middle of it, pulling off berries with his nimble lips. Wally took advantage of the bear’s distraction, dismounted and jogged in the opposite direction of the foraging animal.

Wally walked all night. Wally walked all day. He saw a weasel and a red fox, a bald eagle and a brown bat but nothing big enough for him to leap onto and enjoy a wild ride from. At the bottom of a large mountain he ran into the ocean. He’d walked as far across Alaska as he would be able to. He plopped onto the shore and removed his shoes, then rubbed his aching feet. Maybe a moose, a Pacific salmon, and a Kodiak bear was all Alaska had to offer.

Just then a plume of water erupted from the ocean...