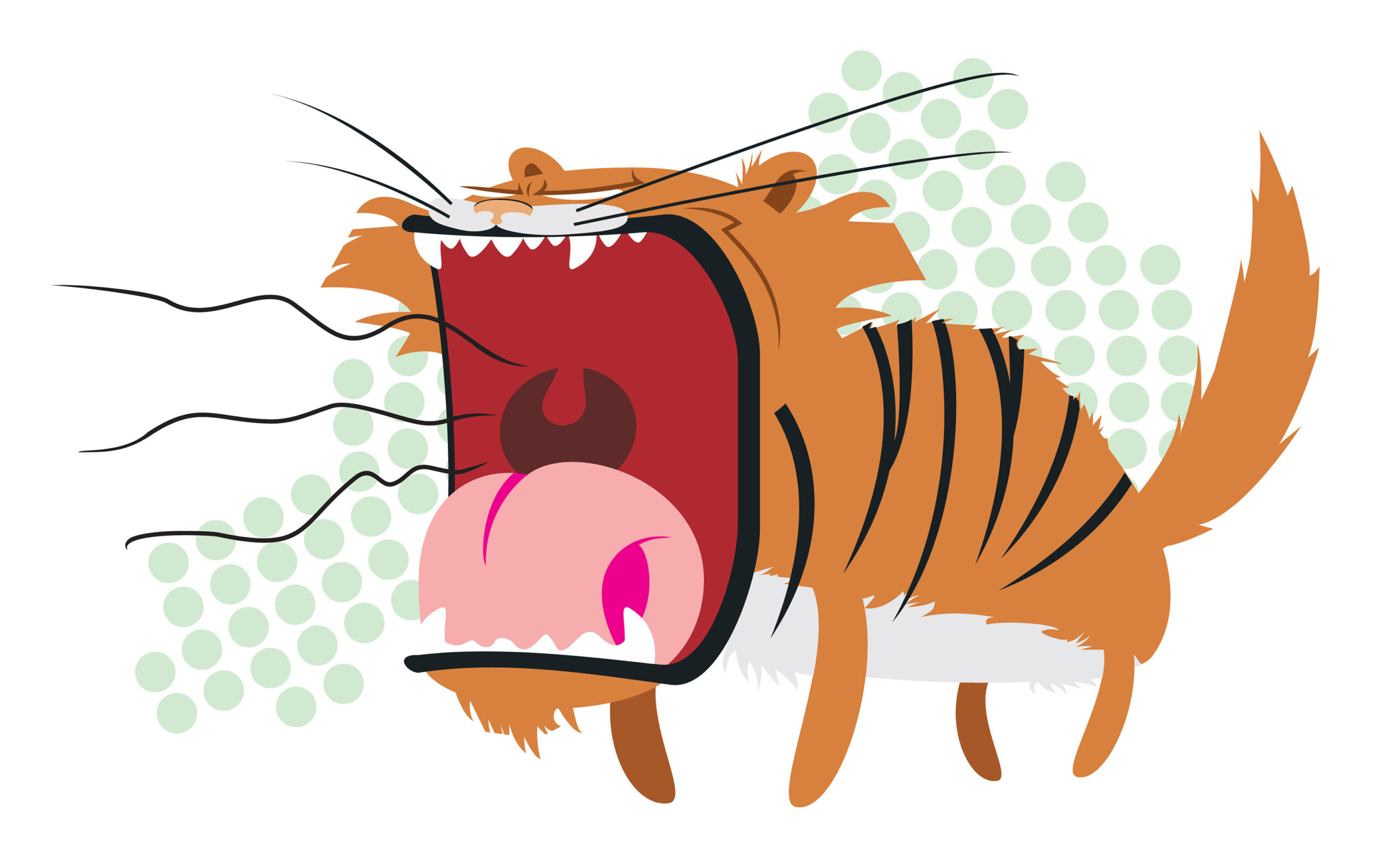 Twylla and the Tiger

When Twylla West was good (which wasn't very often) her nanny took her to the Metropolitan Zoo. And there they were, one day. The two strolled hand-in-hand, wearing red sun-hats. All around them people were pushing and shoving to get a look at the animals. But the only thing the monkeys and tigers and kangaroos did was lay dozing in the shade, not moving a muscle, like a bunch of STUFFED ANIMALS.

Yes, it was very boring.

So Twylla let go of Nanny Grindle's hand (which wasn't allowed) and ran off into the crowd.

"Come back at once!" cried Nanny Grindle, shaking a wart covered finger.

So of course Twylla only ran faster.

"If you don't stop, there'll be no kisses at bedtime!" cried Nanny Grindle, bearing teeth as sharp as scissors.

Twylla had no choice but to leap right over people's heads like a kangaroo.

"I'm going to tell!" sobbed Nanny Grindle, who blew her long nose on a spotted handkerchief.

Twylla found herself trapped in front of the monkey cage. The old woman was getting closer and closer, so the girl had no choice but to grab hold of the bars and start climbing up the cage. She was so happy when she made it to the top that she danced about, just like a monkey.

"Look at me, I'm Nanny Grindle!" she shouted to the crowd below.

At first the monkeys laughed - and then everybody else did.

"I can't bear this any longer!" screamed Nanny Grindle, pulling at her hair. She climbed up the monkey cage, lifted Twylla high over her head, and threw the poor child into the tiger pit. I'm sorry to say a big fat beast swallowed her-gulp!-just like that.

Of course I'm only joking. The tiger really did swallow her, but that wasn't the end-it was just the beginning...