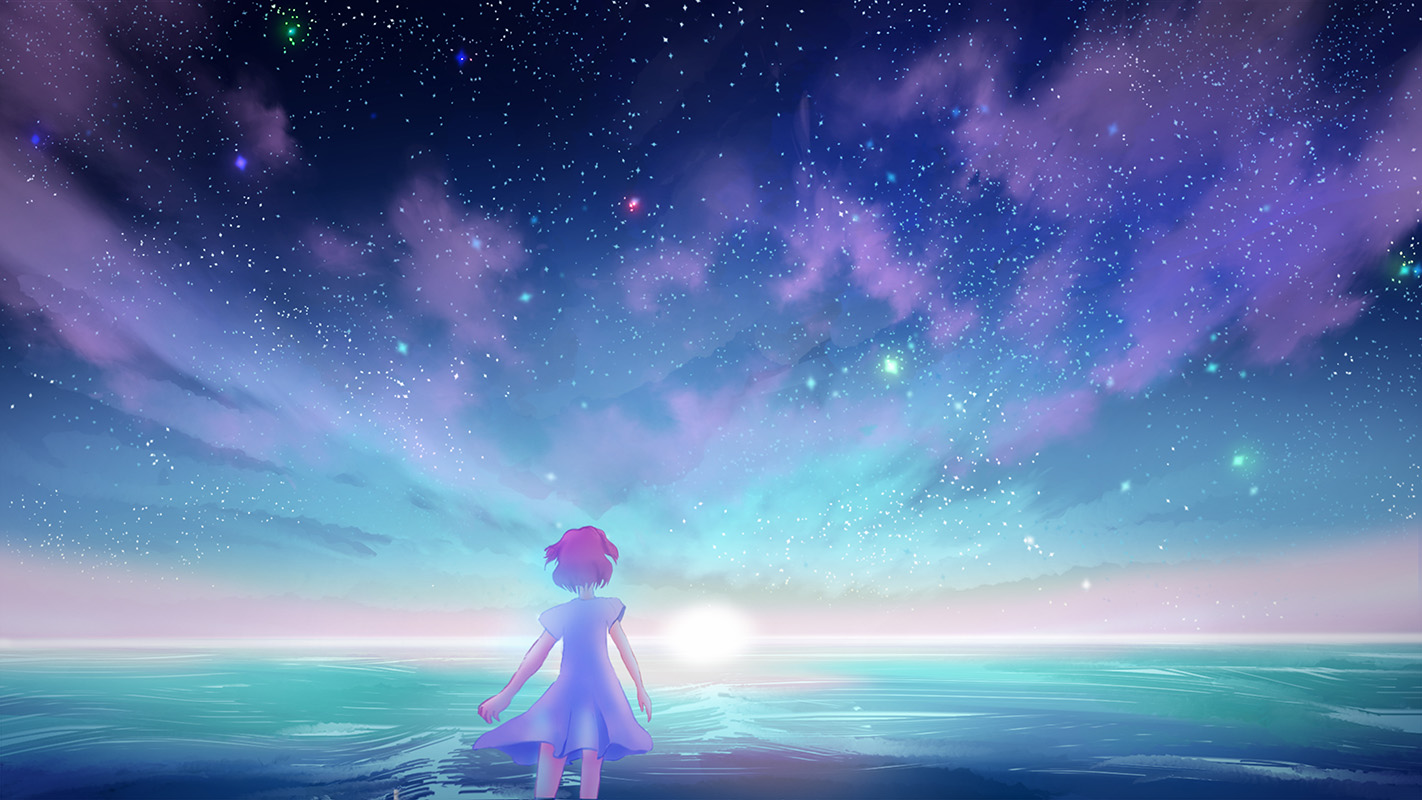 Oona stood on a black rock, watching the sea. Behind her, the children played. Even a year ago, they still called her and asked her to join them. But she only ever shook her head and turned it back to the water.  Soon they stopped asking.

She didn't dislike them. No. Only their play was so...ordinary. Their games were like songs, where she always knew the next rhyme and the next. There was no mystery. But the sea. The sea was full of mystery.

And this was a girl who lived for mystery. As soon as she understood something, she grew tired of it. She never wished to look at it or think of it again. Most things, unfortunately, can be understood. So Oona loved truly only a few things on Earth. Things with enough mystery in them that you could never, in a million years of guessing, guess their secret. The ocean. The forest....

The forest. There was a rich forest, a dark forest, on the edge of town that covered the whole northern end of the island. No one knew its name, or if it ever had one. Truly, no one spoke of it or thought of it. Except Oona. Every night before bed, she looked out her window at the dark forest that grew darker each minute. She knew it must be as full of mysteries as the sea. When the sky was so dark, at last, that she could see nothing, Oona opened her window wide and slipped into bed. She listened to the mixed-together sounds of the ocean, of the wind in the forest trees, and tried to guess which was which. But before she ever could decide, she fell asleep.

One night, Oona woke in the night. She wasn't sure why. She could hear nothing but the wind in the leaves and the sea. Still, she wondered. She stood at her bedroom window and looked out. It was dark and difficult to see. But ... there was something, yes. A light. A round light. At the edge of the forest. Was it a firefly? Possibly, a firefly. No. Something larger. A lantern? Probably. Probably a lantern.

At such a late hour, a lantern. A person, in the forest. Why? It was a mystery within a mystery—and that, surely, is the best kind.

Oona crept downstairs. She moved so slowly and softly that no one, not even a dog, could have heard her. She slipped her coat over her pajamas, her feet into her shoes, and out the front door.

The forest was just outside town. There was an old road, grassy and cracked, that ran to it. Oona followed the road. Though she had no lantern herself, she had the moon, which was bright enough that night to see.

At last she came to the forest’s edge. It was so dark, the forest. She stood there, at the edge, listening and thinking. She imagined a line. A white line that separated herself from this great place of mystery. She imagined stepping over it, and into the mystery, its very heart. And then she breathed in, and she did.

Truly, the forest was as deep as the sea. As strange, too. For it felt different than anything, and smelled different, and sounded ... like another earth. There were times and there were places where the trees were especially thick that Oona couldn’t even see where she was going. But she kept going, slowly, so in love was she with the mystery.

Oona heard something. Was it...shouting? If so, it was such a far-off shouting that it was hardly louder than her own hard breathing. There it was again. Louder. It was difficult even guessing which direction the shouting came from. Oona tried going north. But no, that wasn't it. South, nothing. West ... yes. It was much louder now. A man shouting. It had to be. And what was he saying? It sounded like “Thunja! Thunja!” That couldn't be it. But it was. Thunja. What could that mean?

Oona kept moving. She could see something, now. A light. A man. An old man, holding a lantern. He was standing ... in a clearing. On a tree stump. Shouting...