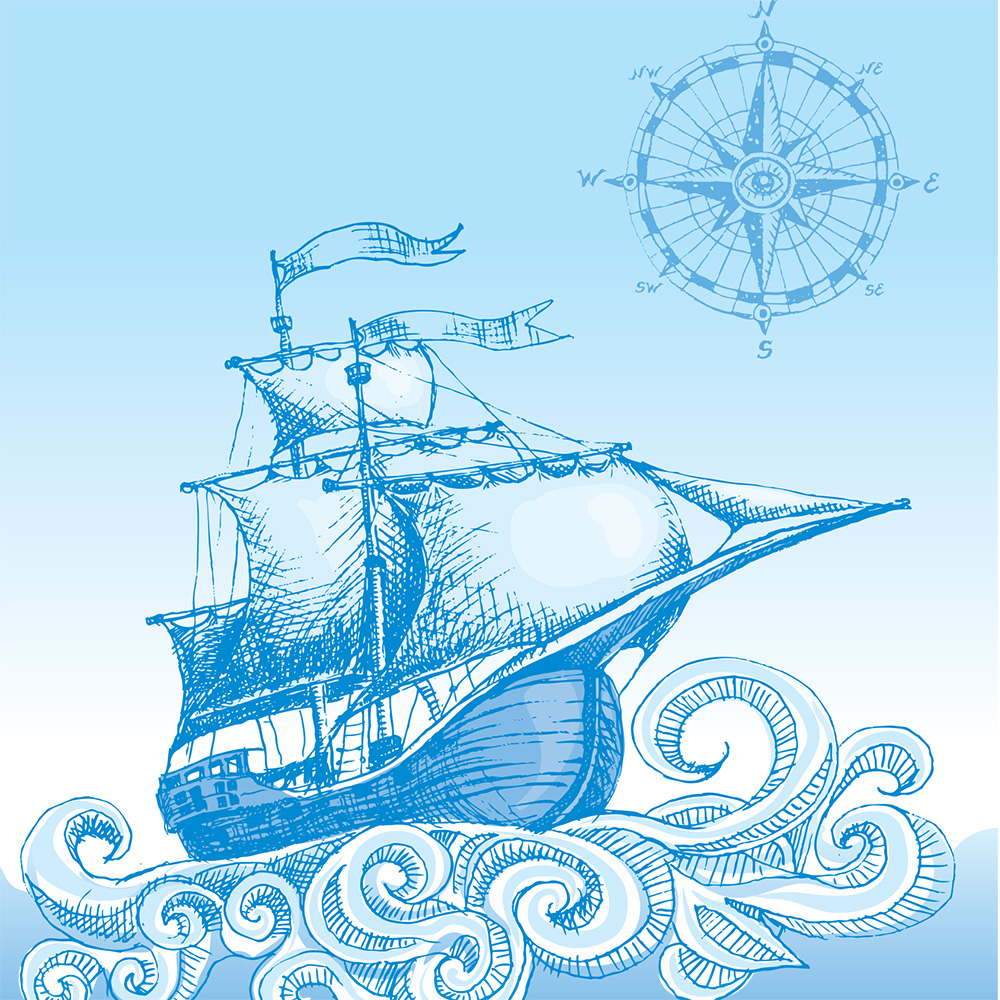 There is a dry island in the Red Sea called Kamaran. It is a desert place. The only tree that grows there is the mangrove, which bears no fruit.

When Jepu and Farrar were only boys, their father brought them to Kamaran on a sailboat.

“Where are you going?” asked Farrar, the older brother.

“To fight the terrible men,” his father answered.

“What will we do?” whimpered Jepu, the younger brother.

“Watch,” said his father, “for the white sail.” For his boat had a great, white sail. Then he hugged his sons, and sailed away.

There is a hill on Kamaran that is as white as salt, so dry is the soil. Because it is thehighest point on Kamaran, it is the best place for watching the sea. As the sun sank down, the brothers climbed up this hill, and looked out onto the water. The sky turned golden-orange, then yellow-green… But there was no white sail.

A desert in the daytime, is as hot as the sun is hot, and at night, as cool as the moon. Farrar knew he and his young brother would freeze if they could not find shelter. Yet everywhere the boys looked, they saw dry sand, only, or stone. When they were too tired to search any longer, they huddled among the reeds on the edge of the water.

By the time the moon rose, the boys were half-frozen with cold. Jepu began to whimper.

“Come closer,” said a voice. But it was not Farrar who spoke. There was a mangrove tree close by, with a hole in its middle. The voice seemed to come from the hole.

“I am so cold,” said the voice. “Lie next to me.” Though the roots were uncomfortable there, and Jepu whimpered, Farrar thought it best to obey. They lay down among the tangled roots. As soon as they did, a strange warmth flowed out of the hole. Though the boys could have perished, they remained safe, and warm all evening.

When the boys woke, their stomachs rumbled. So they began to look for food. But all they could find to eat in this desert place was one piece of prickly pear fruit. As they sat pulling the needles out of the fruit, they heard a voice say…

It was the voice in the hole...