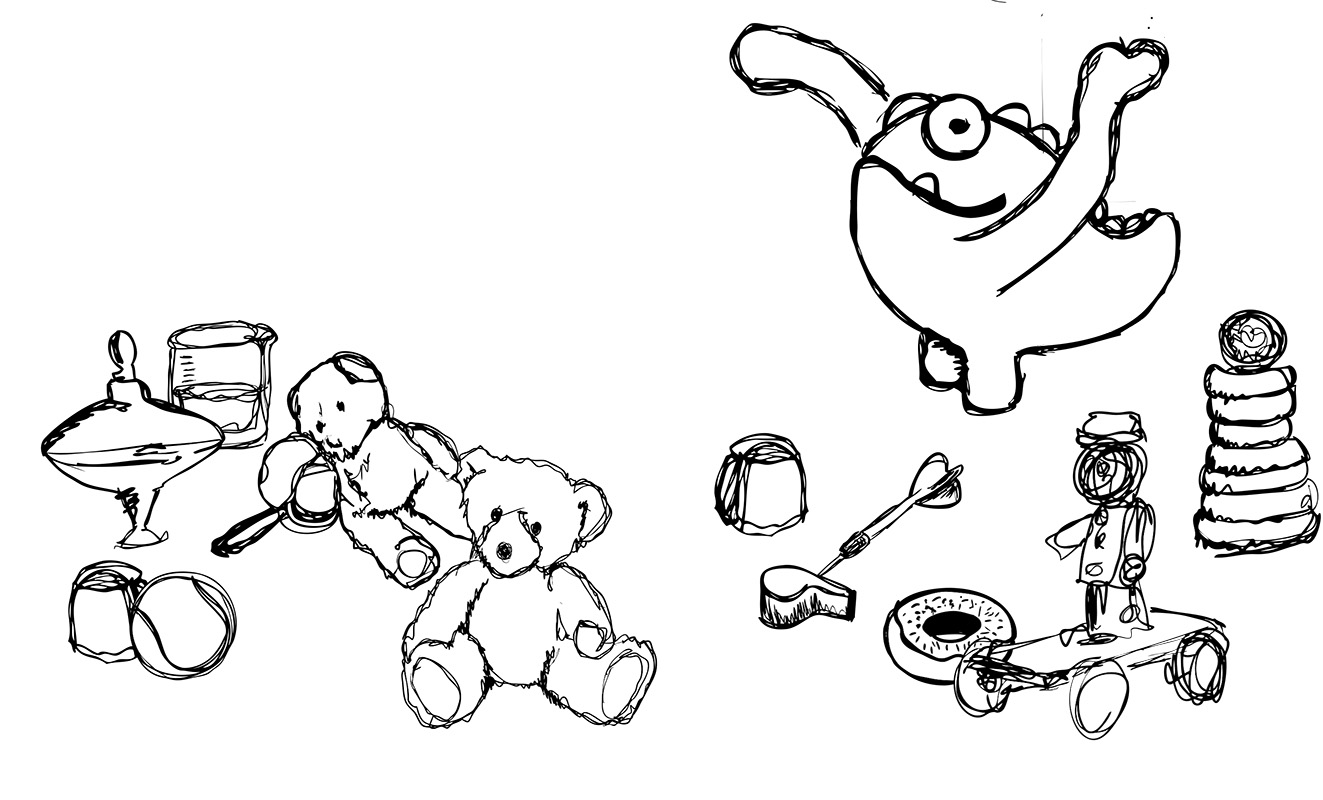 Grace and the Troublesome T-Shirt Critter

“Hey Grace—are you still hanging up the clean laundry?” Grace’s daddy asked. “If so, would you please grab me your brother’s new orange shirt? You know the one with the funny little blue striped critter that looks kind of like a chubby dinosaur tadpole with feet?”

“Sure, Dad. I know which one.” Grace did not particularly enjoy sorting, folding, and hanging laundry. Especially when her dad did half of it and then she was asked to finish up the task.  Which not only meant hanging up what was left, but also having to re-do most of his wacky work.

She bounded down the hall into her younger brother Simon’s room. As she entered, she thought for sure she saw something move in one of Simon’s dresser drawers. After watching it for a moment, Grace shrugged her suspicion off and hopped to the closet. She rifled through the hanging shirts until she found the new orange one. However, something about it was very peculiar.

Her dad must have been in an extra big hurry this time when he was dealing with the laundry because the shirt was on the hanger inside out with the left sleeve stuffed inside. When she flipped it right side out, her mouth flopped open and her eyes nearly popped off her face. The silly-looking, big-eyed creature with a two tooth under bite that had been sewn right on the front was missing!

Suddenly, Grace remembered she thought she’d seen something move in one of Simon’s dresser drawers. Clutching the orange shirt to her chest, she turned and carefully stepped to the dresser.  She grasped the drawer handle, breathed deeply, and yanked it the rest of the way open. A burst of pants, shorts, and pajamas flew out at her! As she quickly pulled the clothes off her head, she heard something fall behind her. Spinning around to investigate, Grace saw a couple of books scattered on the floor, but everything else in the room was still.

Her thoughts raced. That little troublemaker had somehow come to life and was hiding in Simon’s room! And it had already made a mess. Grace was sure she’d have to clean it up unless she stopped the critter. But how was she supposed to get a t-shirt creature back onto its shirt? “I’m gonna need some help,” she said.

Keeping a firm grip on the orange shirt, she backed out of the room with her eyes peeled for any signs of movement. When she reached the door, she quickly pulled it open, slipped through and slammed it shut behind her. From back inside Simon’s room, she heard giggling noises followed by the sounds of toys crashing to the ground.

For a moment, she thought of calling her dad in to help, but she knew he was all the way downstairs giving Simon his lunch. And her mother was off running errands. More laughter and crashing noises from inside her brother’s room reminded her she needed to act quickly. Finally, Grace thought of someone who might know exactly what to do.

With Simon’s orange shirt still tightly in her grasp, she hurried into her bedroom and went straight to her closet. She sifted through her own clothes until finding the shirt she needed. It was a bit too small now and had been shoved to the far end of her closet. But back when it fit her, this shirt had been her most favorite in the whole wide world.

It had a white middle and long sleeves with red and pink stripes. On the front was a slightly faded ironed-on image of a sweet little girl with green eyes and bouncy brown curls. However, this t-shirt gal was no lovey-dovey cutey-pie. She also wore a black mask, a yellow jumpsuit, and a black cape. Grace had named her Lady Carina Von Waspington and had called her “Cool Carrie” for short. While wearing the shirt and playing pretend games, Grace had always imagined the girl on the front was an expert on wasps. That explained why she wore a black and yellow outfit. When she was littler, Grace had wanted to wear her Cool Carrie shirt every day. And now - she needed her superhero friend more than ever.

Remembering the weird way the orange t-shirt had been put on its hanger, Grace quickly flipped her old favorite shirt inside out, stuffed the left sleeve in, and hung it back up. Instantly, Lady Carina Von Waspington climbed out of the shirt’s neck hole and stood up on the closet shelf. The little superhero took one look around, squealed with delight, then leaped and threw her arms around Grace’s neck.

“I’m so happy to finally really meet you!” she said excitedly.

Grace hugged her back. Lady Carina was the same size she’d been on the shirt but was no longer a flat iron-on picture. She was filled out and looked strong, tough, and feisty!

“I can’t believe you are really here!” Grace said...