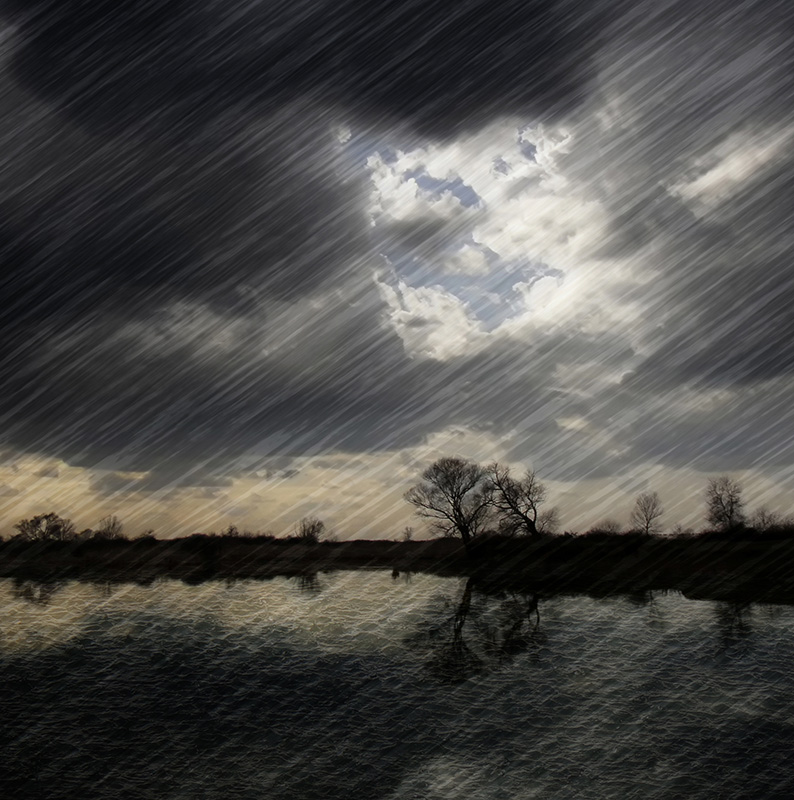 She slept a long time, and when she awakened Mrs. Medlock had bought a lunchbasket at one of the stations and they had some chicken and cold beef and bread and butter and some hot tea. The rain seemed to be streaming down more heavily than ever and everybody in the station wore wet and glistening waterproofs. The guard lighted the lamps in the carriage, and Mrs. Medlock cheered up very much over her tea and chicken and beef. She ate a great deal and afterward fell asleep herself, and Mary sat and stared at her and watched her fine bonnet slip on one side until she herself fell asleep once more in the corner of the carriage, lulled by the splashing of the rain against the windows. It was quite dark when she awakened again. The train had stopped at a station and Mrs. Medlock was shaking her.

“You have had a sleep!” she said. “It’s time to open your eyes! We’re at Thwaite Station and we’ve got a long drive before us.”

Mary stood up and tried to keep her eyes open while Mrs. Medlock collected her parcels. The little girl did not offer to help her, because in India native servants always picked up or carried things and it seemed quite proper that other people should wait on one.

The station was a small one and nobody but themselves seemed to be getting out of the train. The station-master spoke to Mrs. Medlock in a rough, good-natured way, pronouncing his words in a queer broad fashion which Mary found out afterward was Yorkshire.

“Aye, that’s her,” answered Mrs. Medlock, speaking with a Yorkshire accent herself and jerking her head over her shoulder toward Mary. “How’s thy Missus?”

“Well enow. Th’ carriage is waitin’ outside for thee.”

When he shut the door, mounted the box with the coachman, and they drove off, the little girl found herself seated in a comfortably cushioned corner, but she was not inclined to go to sleep again. She sat and looked out of the window, curious to see something of the road over which she was being driven to the queer place Mrs. Medlock had spoken of. She was not at all a timid child and she was not exactly frightened, but she felt that there was no knowing what might happen in a house with a hundred rooms nearly all shut up—a house standing on the edge of a moor.

“What is a moor?” she said suddenly to Mrs. Medlock.

“Look out of the window in about ten minutes and you’ll see,” the woman answered. “We’ve got to drive five miles across Missel Moor before we get to the Manor. You won’t see much because it’s a dark night, but you can see something.”

Mary asked no more questions but waited in the darkness of her corner, keeping her eyes on the window. The carriage lamps cast rays of light a little distance ahead of them and she caught glimpses of the things they passed. After they had left the station they had driven through a tiny village and she had seen whitewashed cottages and the lights of a public house. Then they had passed a church and a vicarage and a little shop-window or so in a cottage with toys and sweets and odd things set out for sale. Then they were on the highroad and she saw hedges and trees. After that there seemed nothing different for a long time—or at least it seemed a long time to her.

At last the horses began to go more slowly, as if they were climbing up-hill, and presently there seemed to be no more hedges and no more trees. She could see nothing, in fact, but a dense darkness on either side. She leaned forward and pressed her face against the window just as the carriage gave a big jolt.

The carriage lamps shed a yellow light on a rough-looking road which seemed to be cut through bushes and low-growing things which ended in the great expanse of dark apparently spread out before and around them. A wind was rising and making a singular, wild, low, rushing sound.

“It’s—it’s not the sea, is it?” said Mary, looking round at her companion.

“No, not it,” answered Mrs. Medlock. “Nor it isn’t fields nor mountains, it’s just miles and miles and miles of wild land that nothing grows on but heather and gorse and broom, and nothing lives on but wild ponies and sheep.”

“I feel as if it might be the sea, if there were water on it,” said Mary. “It sounds like the sea just now.”

“That’s the wind blowing through the bushes,” Mrs. Medlock said. “It’s a wild, dreary enough place to my mind, though there’s plenty that likes it—particularly when the heather’s in bloom.”

Q: Why did Mary think they were on the sea?

On and on they drove through the darkness, and though the rain stopped, the wind rushed by and whistled and made strange sounds. The road went up and down, and several times the carriage passed over a little bridge beneath which water rushed very fast with a great deal of noise. Mary felt as if the drive would never come to an end and that the wide, bleak moor was a wide expanse of black ocean through which she was passing on a strip of dry land.

The horses were climbing up a hilly piece of road when she first caught sight of a light. Mrs. Medlock saw it as soon as she did and drew a long sigh of relief.

“Eh, I am glad to see that bit o’ light twinkling,” she exclaimed. “It’s the light in the lodge window. We shall get a good cup of tea after a bit, at all events.”

It was “after a bit,” as she said, for when the carriage passed through the park gates there was still two miles of avenue to drive through and the trees (which nearly met overhead) made it seem as if they were driving through a long dark vault.

They drove out of the vault into a clear space and stopped before an immensely long but low-built house which seemed to ramble round a stone court. At first Mary thought that there were no lights at all in the windows, but as she got out of the carriage she saw that one room in a corner upstairs showed a dull glow.

The entrance door was a huge one made of massive, curiously shaped panels of oak studded with big iron nails and bound with great iron bars. It opened into an enormous hall, which was so dimly lighted that the faces in the portraits on the walls and the figures in the suits of armor made Mary feel that she did not want to look at them. As she stood on the stone floor she looked a very small, odd little black figure, and she felt as small and lost and odd as she looked.

A neat, thin old man stood near the manservant who opened the door for them.

“You are to take her to her room,” he said in a husky voice. “He doesn’t want to see her. He’s going to London in the morning.”

“Very well, Mr. Pitcher,” Mrs. Medlock answered. “So long as I know what’s expected of me, I can manage.”

“What’s expected of you, Mrs. Medlock,” Mr. Pitcher said, “is that you make sure that he’s not disturbed and that he doesn’t see what he doesn’t want to see.”

And then Mary Lennox was led up a broad staircase and down a long corridor and up a short flight of steps and through another corridor and another, until a door opened in a wall and she found herself in a room with a fire in it and a supper on a table.

“Well, here you are! This room and the next are where you’ll live—and you must keep to them. Don’t you forget that!”

It was in this way Mistress Mary arrived at Misselthwaite Manor and she had perhaps never felt quite so contrary in all her life.

Q: Why was Mary taken straight to her room?