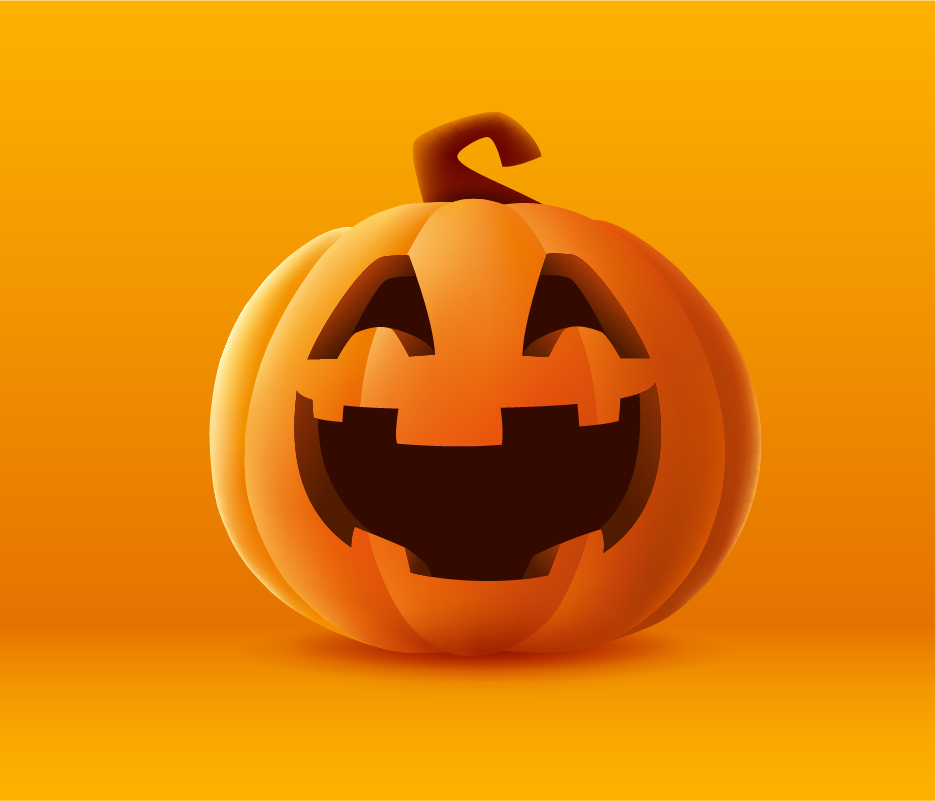 “Hey girls, we’ve got a Halloween pumpkin!” Lily and Rose’s mum shouted towards the house when she got home from the store.

“Oooh!” squealed Rose, running headlong into the front yard to help carry it back. It was five times the size of her head, so all she could do was stroke it like it was a cat.

“Look,” he said, turning to Lily, “we’ve got a Halloween pumpkin!” Lily smiled and helped her mum bring in the rest of the shopping. She loved Halloween but pumpkin carving was far too messy for her liking. The best bits were the pie made from the leftover pumpkin flesh and the roasted seeds. Her mouth started watering just thinking of it. Her four year old sister, however, relished diving both hands into the squishy goo of an open pumpkin and spreading it everywhere.

“Lily, can you help Rose carve the pumpkin after dinner?” her mum asked as they finished bringing the last of the shopping inside.

Lily groaned, but she nodded to her mum. It would be worth it in the end if they all got pumpkin pie. Even a gooey mess was worth it if there was real whipped cream on top, too.

Soon it was carving time. Lily tried to put it off; she even offered to help with the washing up after dinner. “Don’t worry about that,” said her dad, “I’ll do the washing. You just focus on that pumpkin. It’s Halloween tomorrow and we want to have the scariest looking pumpkin for trick-or-treaters.”

“Yay, pumpkin goo,” laughed Rose. She was wearing her overalls – still stained from the last ‘art’ experience they’d had in the house. Lily was entrusted with the carving knife. She angled the cut so the top of the pumpkin would come off easily. Rose nearly dove inside the hole with both hands. “Goo! Goo!” she shouted merrily.

Lily rolled her eyes and pushed the empty bowl closer to the pumpkin in hopes it would encourage Rose to help clean up quickly.

“It’s gots lots of seeds,” said Rose. She put her hands into the slime and squeezed her fist. Loads of seeds went pinging in all directions.

“Let’s just get the guts out so we can carve the face.” Lily really wanted the goo to go.

Once the pumpkin was scraped clean, she and Rose drew out the face they wanted—slanted eyes, crooked eyebrows, a huge and toothy grin, and two tiny slits for the nose. As Lily got started, she glanced again at the pumpkin. She couldn’t be sure, but it looked like it was laughing at her. Lily shook her head and continued carving. The chunks of pumpkin flesh were whisked away by her mother who started stewing them for pie.

“Rose, step back from the pumpkin.” Lily was sure the face moved. She’d nearly finished carving it—just the slits for the nose and it would be done. With a few more cuts it looked horrifying.

“Let’s get the candle!” Rose shouted, jumping up and down and clapping.

Just then Dad came into the kitchen. “Woah! Now THAT’s a scary looking jack-o-lantern. Let’s get the candle!”

“No!” shouted mum over her shoulder. “We’ve got to wait until tomorrow night.”

Rose and Dad looked sullen. “And the pie, when will that be ready?”

“It will be ready tonight, but it’s not for eating until Halloween.”

Now Dad really looked sad. But the pumpkin’s teeth moved just slightly, as if it were making a munching motion.