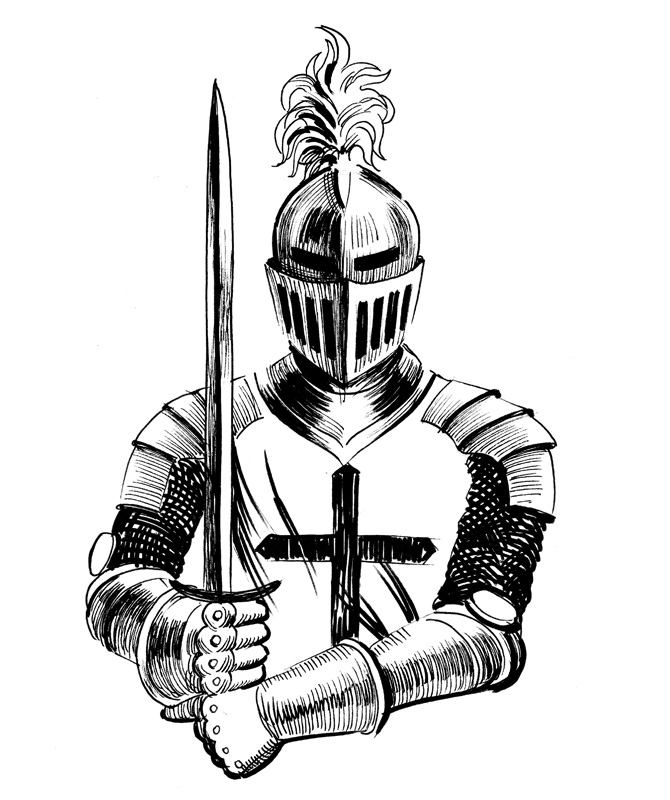 The Old Woman and the Knight

In the old days of King Arthur all the land was filled with fairies, and the elf queen and her merry company held many a dance in the green meadows where now you will see never one of them. But that was many hundred years ago.

It happened that there was at King Arthur’s court a young knight, in the full vigour and pride of his strength, who one day, as he was riding out, came upon a maiden walking all alone. She was very beautiful, and the sight of her made him forget his knighthood.

He went up to her, and tried to carry her off with him by force; but before he could succeed help came, and he was seized and taken before the king.

The king sentenced him to die, according to the law at that time, and he would surely have been put to death if the queen and her ladies had not long and earnestly prayed for mercy. The king at last relented and granted him his life, and left it to the queen to say what punishment should be given him.

When the queen had thanked King Arthur she sent for the knight. She did not wish to let him go wholly free.

“You are still in danger of losing your life,” she said to him; “but I will give you your freedom on one condition: you must find me the answer to the question: ‘what is it that women most desire?’ If you cannot now give me the answer that I have in my mind you shall have a year and a day in which to learn it. Do your best, and take great care, for if at the end of that time you still cannot answer, you must die.”

Q: Why did the knight have to find the answer to the queen’s question?

The knight pondered awhile, but he could not guess the answer at once.

So he pledged himself to return to the court at the end of a year and a day, and went away very sorrowfully.

How was he to find the answer to the riddle? He thought for a long time by himself, and then asked every one he met what it was that women loved best. But nowhere could he discover two people who agreed in saying the same thing. Some told him the answer was honour; some, riches; others, fine clothing; others, again, flattery. But none of these replies pleased the knight, and he could not guess anyhow what it was that the queen had in her mind as the right answer.