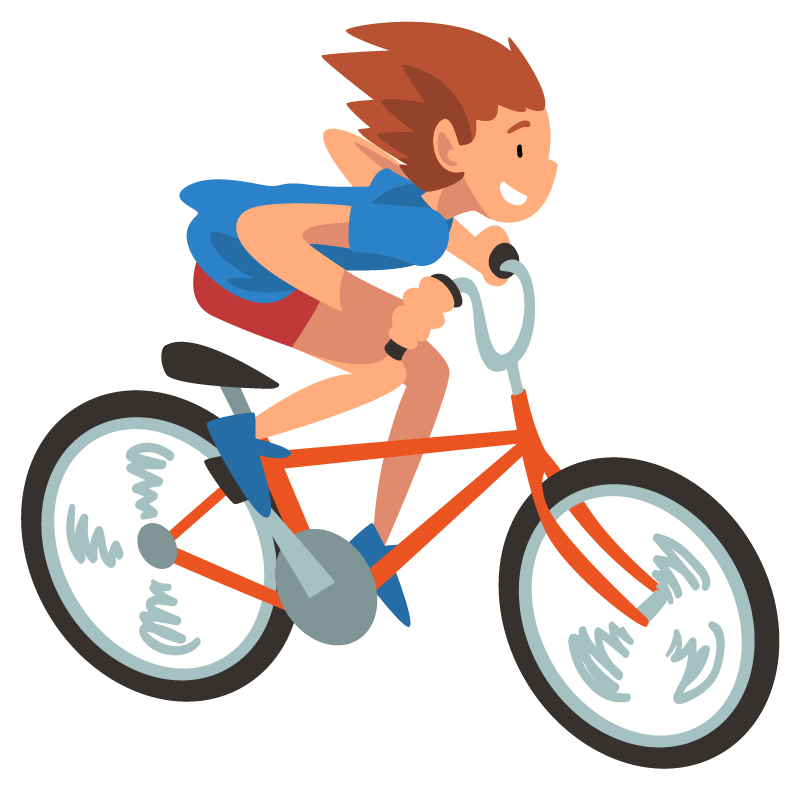 Wobble, Wobble, CRASH! Julie’s bike dumped her onto the sidewalk again. This time, she didn’t get up.

“Are you hurt?” Dad asked. He handed her a tissue from his pocket.

Julie touched the scrape on her knee. It was oozing tiny drops of bright, red blood. “And too scary,” she said. “Maybe you should put the training wheels back on.”

Dad scratched his chin. “Let’s take a break,” he said. “We’ll get you a bandage and then walk to the beach.”

The beach was usually Julie’s favorite place. She liked the seagulls. She liked the wet, fishy smell of the lake. She liked the shiny red popcorn wagon. But today, even though the air smelled of butter and sun sparkled like diamonds on the water, she felt grumpy. People on bicycles zoomed by. One girl tooted her horn, and Julie frowned at her.

“How about some popcorn?” Dad asked.

He bought a box of the fluffy kernels. Julie ate some, then threw a handful on the ground. Whoosh! Flapping wings filled the air. Greedy gulls gobbled up the popcorn. “More! More!” they seemed to screech like naughty children. Julie couldn’t help smiling at them.

When the box was empty, the birds flew away. All except one. It was smaller than the others, and it had a scar near its eye.

“Look, Dad.”  Julie pointed. “What could have happened to it?”

“Might have been a fish hook,” Dad said. “Or maybe another bird attacked it.”

She spied a kernel under a bench. “Do you think it will take this from my hand?” she asked Dad.

“You could try,” he answered.

Julie bent down and held her hand out. “Come here, gull,” she said softly...