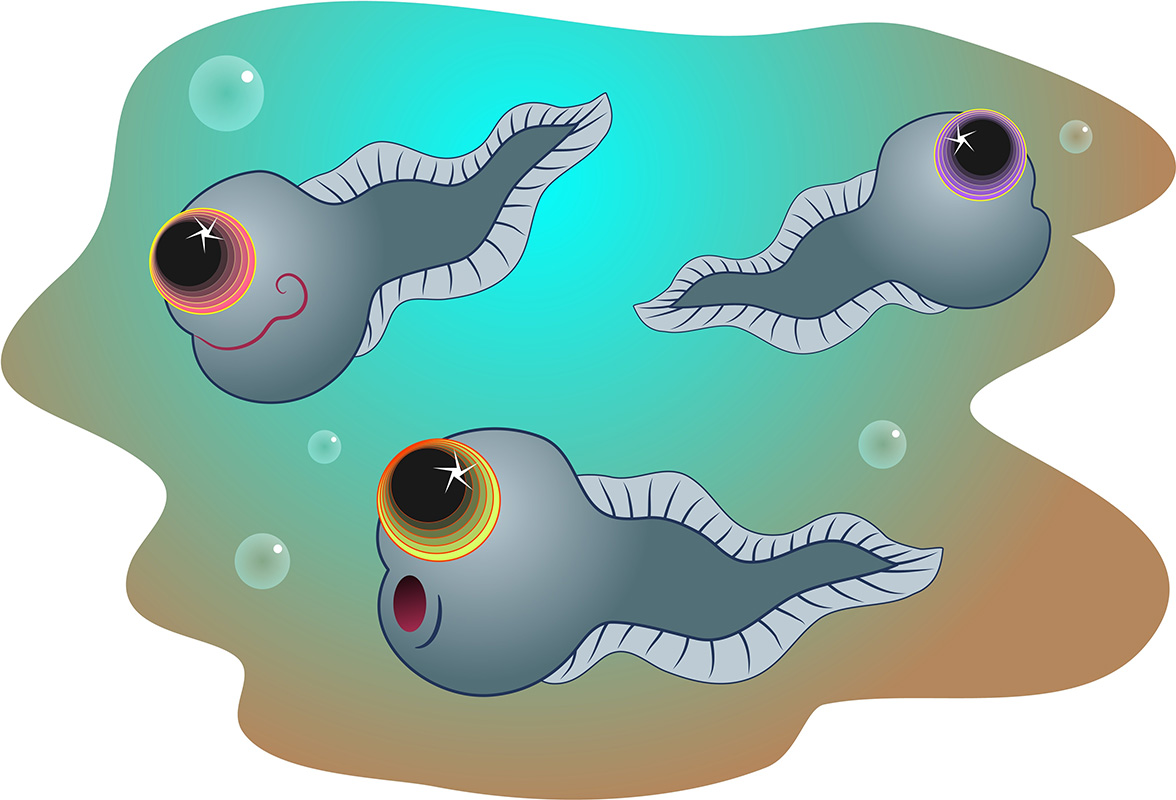 The Alien in the Pond

Tommy lay on his stomach staring into the pond. Fish darted in and out of the shadowy depths, playing hide and seek behind watery plants and stones. Little bugs skittered across the surface of the pond leaving tiny ripples, and every so often a dragonfly hovered around Tommy’s head with shimmery opalescent wings moving so fast he could hardly see them. As the sun warmed his back Tommy trailed his fingers in the water to cool down. The water was cool and silky and ... squidgy?

Tommy peered into the water to try and see what squidgy thing his fingers were feeling, but he couldn’t see a thing—just water. He lifted his fingers out but they were clean—no green slime, no pond weeds. He put his hand in the water again and…there it was! Slimy squidginess. He clamped his hand around the slime to pull it out of the water, but before his hand breached the surface the squidge had slipped through his fingers. He tried again and again but each time the invisible squidge slipped away.

Tommy ran into the house. His mum was in the kitchen.

Mum looked up from her book and took a sip of her coffee before answering. “Is this like the vampire you thought you saw in the attic last week?”

“That was a vampire!” exclaimed Tommy.

“Exactly—a vampire,” said Tommy, happy that he had proved his point. “How can I catch the alien, Mum?”

Tommy’s mum sighed. She had learned it was sometimes easier to go along with Tommy’s schemes than try to win him over with logic. “Okay, what does the alien look like?” she asked.

Tommy’s mum stared at him for a moment. She suddenly looked a bit tired. Good thing she’s got coffee, Tommy thought.

“How do you know there is an alien in the pond if it is invisible, Tommy?” asked Mum.

“Ah!” said Mum, smiling. “I think I might know what your alien is.” She handed Tommy a jam jar. “Take this and try to catch the alien with it. Make sure you get a bit of water in there too.”

Tommy plunged the glass jar into the water and scooped it out. He held it up to the sunlight and there it was—the alien! Now that it was out of the pond he could see that the alien, covered with just a bit of water, was almost see-through. It looked like lots of little slimy bubbles joined up together, each one with a black dot in the middle.

Tommy ran back to the house.

“Mum, Mum, look. I caught the alien!” he shouted as he ran into the kitchen where he found Mum filling up his old fish bowl with water.

Mum smiled and nodded. “Thought so,” she said. “You found frogspawn. Put it in here.”

Tommy poured the alien into the fish bowl. It slobbered and slithered out of the jar into the bowl with a PLOP. “Frog’s what?” he asked.

“Frogspawn,” replied Mum. “Frog’s eggs. Each one of those tiny dots will soon turn into a tiny fish called a tadpole and then eventually they will turn into frogs.”

Tommy looked at Mum dubiously. “I really think it might be an alien, Mum,” he said, peering into the bowl.

Every morning and every evening Tommy sat at the kitchen table and stared at his alien. Slowly each tiny dot began to stretch until they looked like bigger black dots with wiggly tails.

Two weeks after catching the alien, Tommy came down for breakfast and, as usual, checked on it...