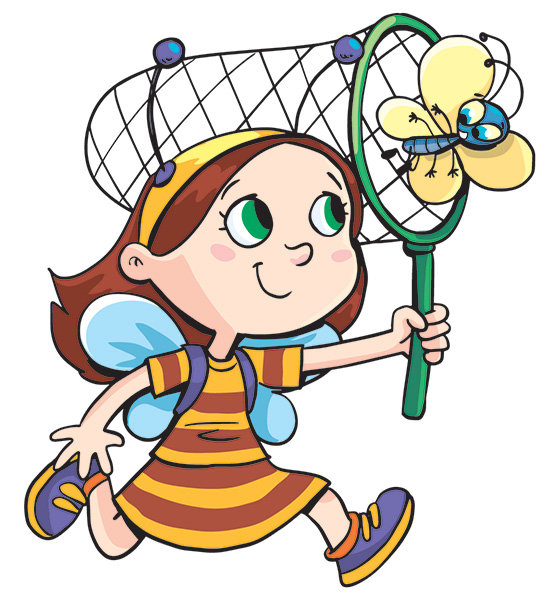 It was a warm, balmy Wednesday when Greta decided to go on a Sniggle hunt. She packed her essential explorer kit with a packet of purple plasters, a chocolate bar, and a fork on a string then set off.

"Just off to catch a Sniggle, Mum," Greta called up the stairs. Mum was busy bathing baby Bobby.

"Ok, Greta," Mum shouted down. "Did you remember to pack your fork on a string?"

"Good. You should always take a fork on a string when you go on an adventure."

Greta nodded to herself and packed an extra fork on a string, just in case, then set off. She walked into the front garden and felt the warm sun shine down on her face. "Perfect weather for Sniggle hunting," she muttered to herself.

"Sniggle hunting?" squealed a voice from the next door garden. "Can I come?"

Greta looked at the owner of the voice. A freckle filled face stared back at her. Peter the Pest! He was the most annoying five-year-old in the world, and Greta should know. She was seven and had known a lot of five-year-olds in her time. Peter spent a lot of time in the garden. Usually after he had been sent out of the house by his mother as she shouted at him for the latest mean thing he had done to his little sister. Peter pulled hair. Peter threw worms at people. Peter had once thrown a rock through Greta’s front window. Peter was a stinker!

Greta set off walking around the side of her house into the back garden. Since Dad had decided to be a full time writer, he had spent a lot of time with his head in the clouds, and the back garden had turned into a jungle. It was in the garden jungle that Greta had first seen a Sniggle.

Sniggles were taller than Greta with a furry body and four legs covered in blue and green feathers. They had big fat panda bear faces, and Greta had seen her first Sniggle a week ago. She had been hunting for butterflies and had followed one deep into the garden jungle until it disappeared. She had turned around to go back to the house and came nose to nose with a Sniggle. “Sniggle,” it grunted, and then ran off into the garden jungle. Greta chased after it, but it had disappeared. Well not today. Today she was going to find it.

Greta tiptoed into the jungle, dropping little pieces of chocolate as she walked. She didn’t know for sure, but she was pretty convinced that Sniggles must like chocolate. Most extraordinary beasts did. Deeper and deeper she crept into the jungle, and it got darker and darker. Vines climbed up the tree trunks and exotic flowers bloomed in the thick, waist-high grass. It really was time for Dad to get the lawnmower out before the garden was over-run with Sniggles...