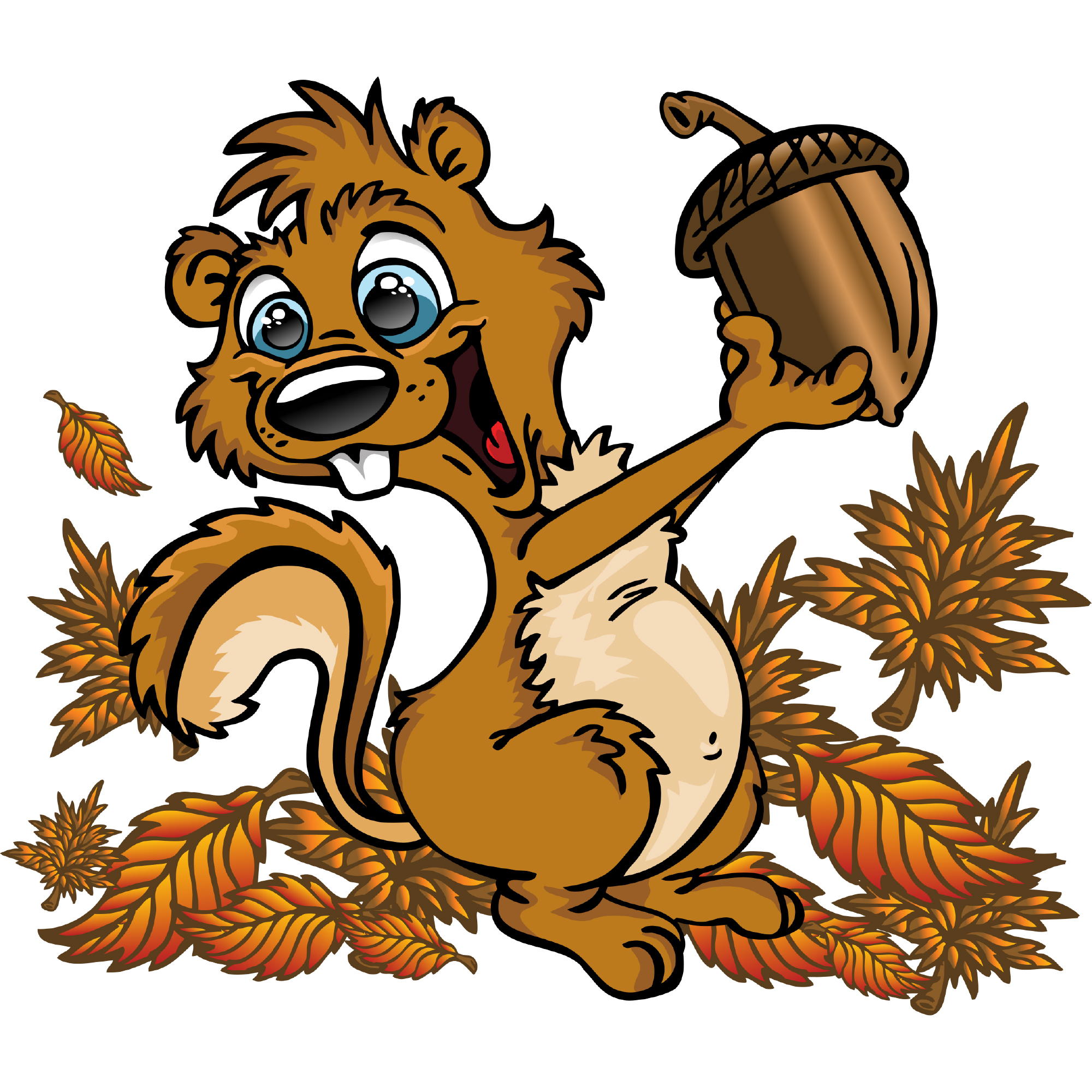 It was springtime in the forest, and that means there were lots of new trees, new flowers, and new baby animals - especially chipmunks!

Now, all of the new chipmunks had to go to chipmunk school and be taught about collecting nuts for the winter.

They were told they would need to find lots and lots of nuts all spring and summer and fall, because when the winter came the nuts would fall off the trees, just like the leaves, and then there would be no nuts. So the chipmunks were taught to collect nuts and put them in a safe place until winter. They were told that soon they could find their very own trees for storing their nuts.

Finally the day came that the chipmunks could choose a tree. They were very excited - many of them had already been looking around and had chosen some good trees. All of the chipmunks lined up early on this special day, and when the sun appeared above the mountain top they started their race to find a tree.

All of the fastest chipmunks got to the biggest trees first, and soon, only the smaller trees were left. But that was okay for the smallest chipmunk, because he actually wanted the littlest tree - a very funny, very small tree. He had hoped that no one else would choose it first, and now here he was, standing happily by his cute little tree.

The other chipmunks didn't understand why he could like it so much; they even laughed at him! But he didn't mind - he just loved his tree. In fact he loved her so much he promised he would always take care of her for his whole life!   That's why she decided to give him a gift.

One day when the little chipmunk was taking care of his tree, some chocolate came out of her branches and made the chipmunk's feet all sticky. He had never heard of a chocolate tree before.  In fact, he didn't even know what chocolate was!

He had to lick himself clean and WOW was he surprised! He had never tasted chocolate before and it was really really good! He told his tree "thank you" that night and went to sleep knowing he really did have the best tree in the whole world!

The next day though, some grown-up chipmunks came and told the little chipmunk that his little tree had one BIG problem - it didn't have any room for storing nuts! All of the other chipmunks had been gathering nuts for days now and he didn't have any! How was he going to eat in the winter time? He couldn't take nuts from the other chipmunks - that was not allowed. They said he had better find a bigger tree and he had better start collecting nuts. He didn't know how he was going to save any nuts, but he did know he couldn't leave his tree. He had made a promise to his little tree and he was going to keep it!

He sat down to think. He had to figure out a way to keep his little tree, and still be able to have nuts in the winter. Again the other chipmunks told him to stop wishing for something he couldn’t have – they told him he better find a new tree fast and get to work. But he stayed sitting under his tree, and kept thinking. He had to find a better answer.

As he was thinking, some chocolate dripped on his head. It kept dripping and soon it was running down his face. He was thinking so hard about how to fix his problem that he didn’t realize he was getting covered in chocolate! Soon his whole body was covered - and then he licked his lips. All of a sudden he realized he was covered but before he could be very surprised, he knew the answer!