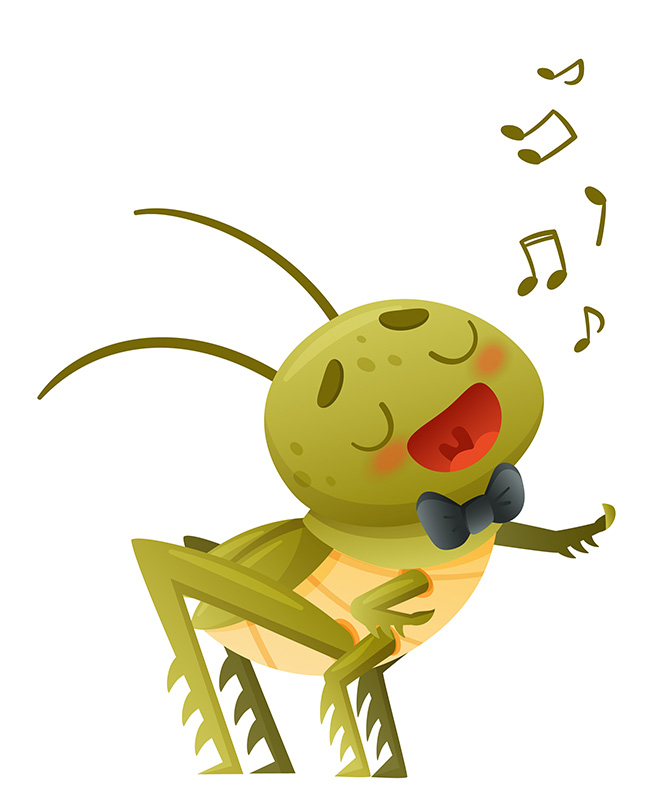 Sing to the Sea

When Simon the cricket saw the sun start its nightly fall, he knew what to do. He left the cool shade and leapt toward the wheat fields. As he jumped through the village he sang the songs the cooks expected. When Simon sang, the cooks knew it was time to add basil to their chicken stew. The farmers would soon be home for dinner.

“Why do we need clocks? The cricket keeps our time for us,” the villagers all agreed.

As the farmers’ workday was ending, Simon’s was just beginning.

At first Simon thought the idea was crazy. He hoped to maybe see the sea someday, but he hadn’t dared to dream bigger than that.

But the other crickets agreed with the villagers.

“You are a great singer. Yes, you must go sing for the sea.”

Singing for the sea was exciting but scary.  Simon wasn’t sure he was brave enough.

Simon wasn’t sure he could compose a song worthy enough.

But he knew he had to do it.

“The song will be ready when I get there,” he said.

He said his good-byes.

“We will miss you,” the cooks cried.

“But the sea needs to hear you,” the farmers told him...