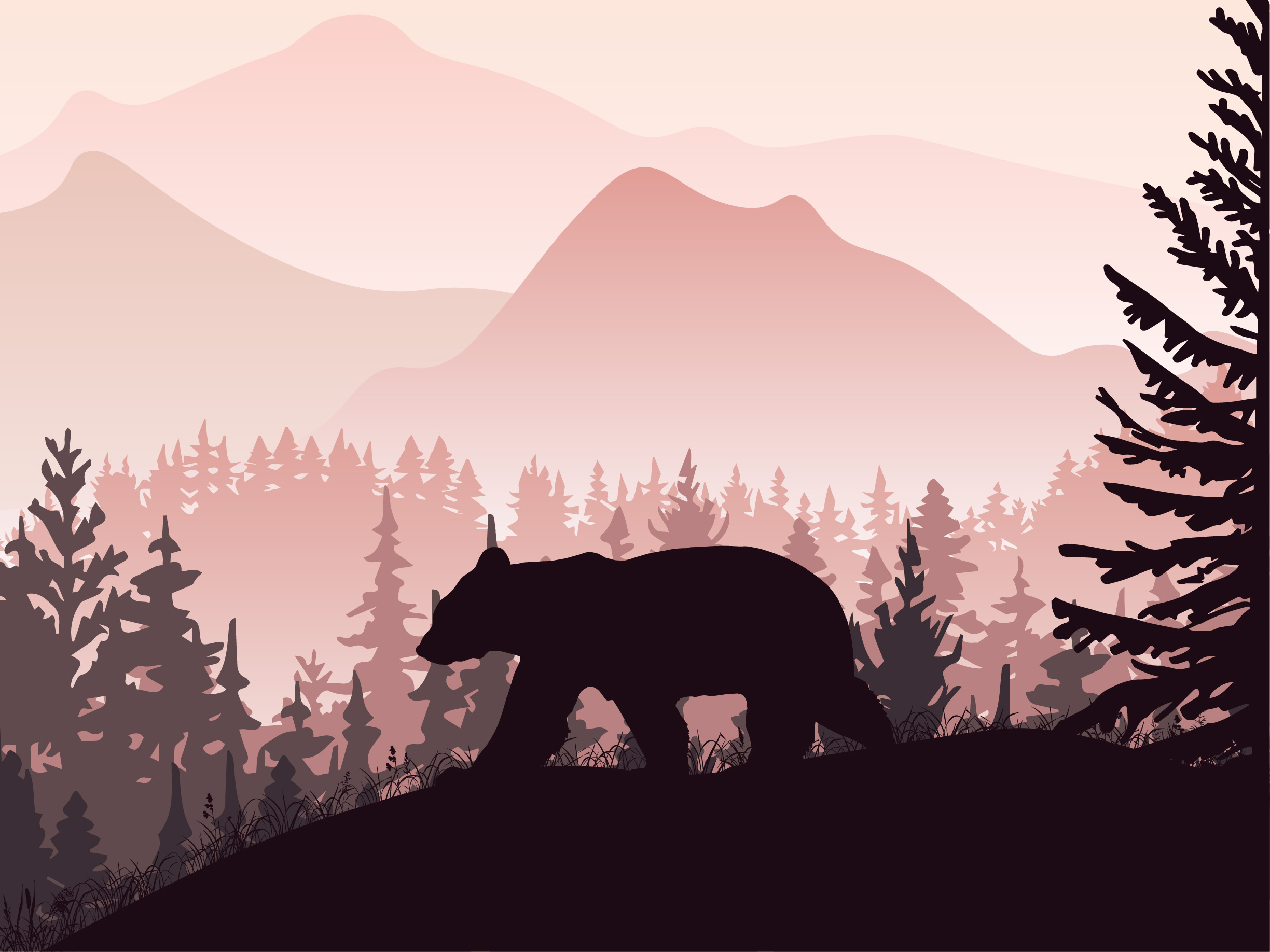 Nattie was a little black bear cub. She was just a little kid, as far as bears were concerned, and like all little kids, she loved to explore!

One day, Nattie was playing in the forest just outside her family’s cave. Her mother was fishing at the river so they could all have dinner later that day, and so Nattie decided to do some more exploring, since it was her favorite thing to do. She explored the meadow, then the river where it wasn’t too deep, then an old tree that had fallen over and had lots of bugs crawling in and under it. She even explored a family of beetles that was making it’s way to a new home on the other side of the meadow. She stopped at the edge of the meadow, though, cause Mama always told her it was dangerous in the forest, and never to go in there alone.

She turned around and went back to exploring in the meadow, but after a couple more minutes, she sat down and realized that she had explored all these things before. Suddenly it seemed to her that there was nothing new to see! She told her brother what she was feeling.

“Ah, you’re just bored,” he said. “Happens all the time. When you’re bigger, though, you get to catch fish in the deep part of the river, you get to go on your own into the forest... life gets a lot more fun and interesting when you grow up!”

Well, Nattie didn’t want to wait that long to have fun again! She decided that what she needed was a new friend to play with. She looked around the meadow at all the other bears, but they were either already her friends, or they were too old to play and romp and run and wrestle with.

She turned her head to look the other way, when suddenly a bright, orange, yellow, and black-striped butterfly landed right on her nose. She was so surprised that she jumped back, which surprised the butterfly. He flew up in the air, but instead of flying away, he gently floated down with soft, light flaps of his wings, and landed on Nattie’s nose again.

Nattie could feel his teeny, tiny feet as they moved on her nose. It tickled, and made her giggle. It also made her need to sneeze. She tried to keep it in, but the sneeze just kept growing and growing and growing inside her, until finally, it burst out into the open air.

This time, the butterfly did fly away! He must have been very scared from such a loud noise, thought Nattie. She felt bad, and didn’t want to lose her new friend. So she followed the butterfly as he glided on the soft summer breeze. What Nattie didn’t realize, though, was that the butterfly was flying away from the meadow, and straight into the forest.

She followed the butterfly as fast as she could, but he was a very fast butterfly. The warm breeze carried him up, up and away over the tops of the trees until she couldn’t see him anymore. Suddenly, she realized that she was all alone, in the middle of the forest, and she didn’t know which way to go to get back to her mom!

Little Nattie was scared for about three seconds, but then she said to herself, “Nattie, don’t be a sissy.” That’s what her brother always said to her when she fell and got hurt and wanted to cry. “Be brave, like me!” he would say. She decided to do just that!

But what do brave people do? she wondered.