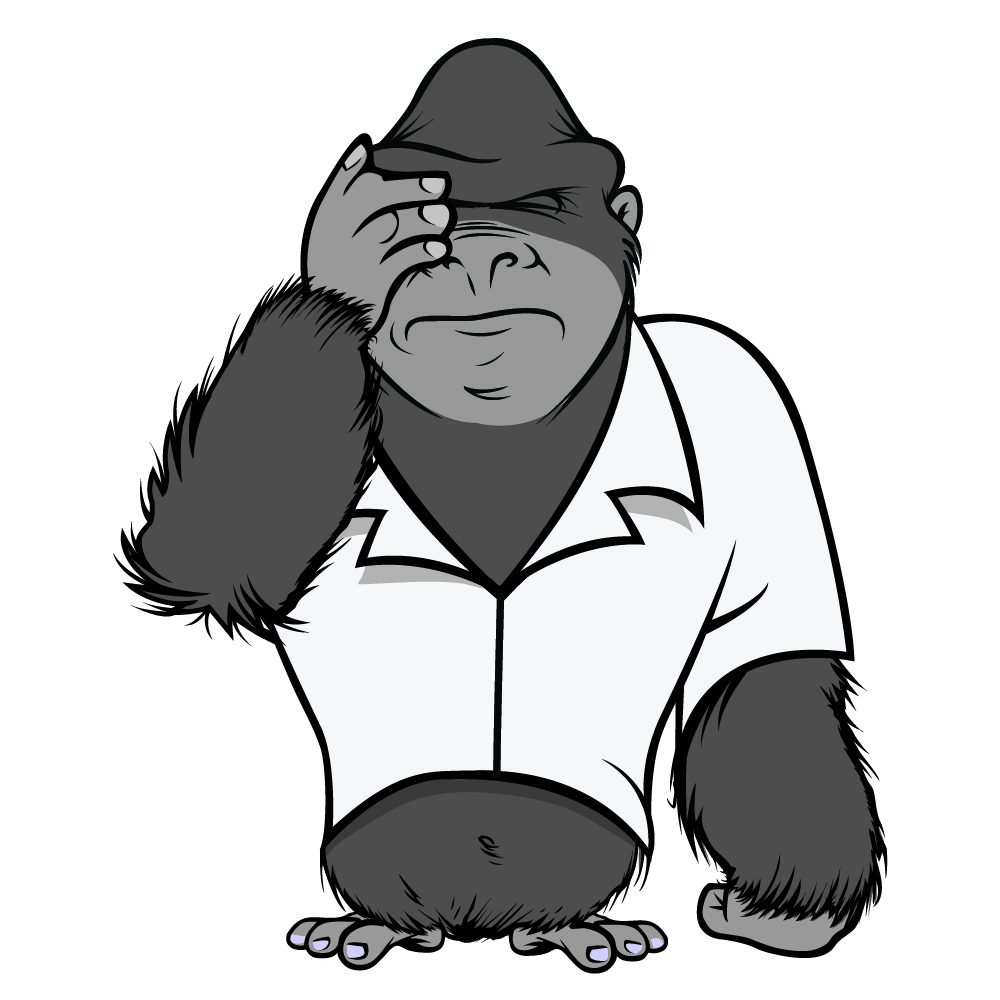 Mr. Gorilla and Me

"Make it interesting but truthful please, Jamie," said Miss Grainger as she raised her eyebrow at him. "Ella's report about her visit to the city farm was thrilling. A wonderful example, Ella." Miss Grainger smiled indulgently at Ella. Ella smiled back, then gave Jamie an expectant and slightly smug smile.

Jamie smiled back pleasantly. He had been looking forward to his 'What I Did This Summer' presentation. This year he was going to speak quickly so Miss Grainger couldn't interrupt him. He was used to his teachers interrupting him part way through a story. Usually to tell him to use his imagination less and his memory more.

Jamie took a deep breath and filled his lungs with at least two minutes of air. He would quickly grab a breath in the middle of the tale when Miss Grainger wasn't expecting it.

"This summer I went on a lovely day out with my dad," he began. Miss Grainger looked surprised, then smiled and nodded. Jamie went on with his report.

"We went to the seaside for a picnic and had ham sandwiches and apple juice. I went for a swim and played board games with an octopus. He won, but dad says he probably cheated." Jamie could see that Miss Grainger was about to interrupt him. She didn't look happy. He carried on, talking a little faster so she didn't get chance to stop him.

"Me and dad built a castle out of chocolate cake. We used cream to stick the chunks together and peanut brittle for the roof tiles. The gorilla next door complained. He was allergic to peanuts. He was called Mr. Gorilla, and once we had apologized for the roof tiles, he decided to come out for the rest of the day with us. He had nice red shoes because elves lived in his house. Elves that made shoes. They made me some out of marshmallows, but the shoes made my toes sticky."

Jamie took a quick glance at Ella. She was rolling her eyes at their classmates. Miss Grainger was starting to go a strange shade of angry pink.

"My dad took me to the zoo, but the animals had all gone on their holidays."

Jamie took a massive breath very quickly so that Miss Grainger couldn't interrupt. He allowed himself a quick smile. She hadn't seemed to notice his pause. He might actually make it all the way through this time.

"Instead of animals, we looked at humans in the cages," he carried on. "There were bank managers in the monkey house and window cleaners in the penguin pool. They didn't have their buckets with them though. We ate cotton candy but my dad didn't have any money with him to pay for it because the octopus had stolen his wallet, so the zookeeper made him stay in the elephant enclosure for the day. He was a big hit with the visitors. They threw him peanuts. Mr. Gorilla didn't like that very much, so he went to see the dentists that had been put in the lion cage..."