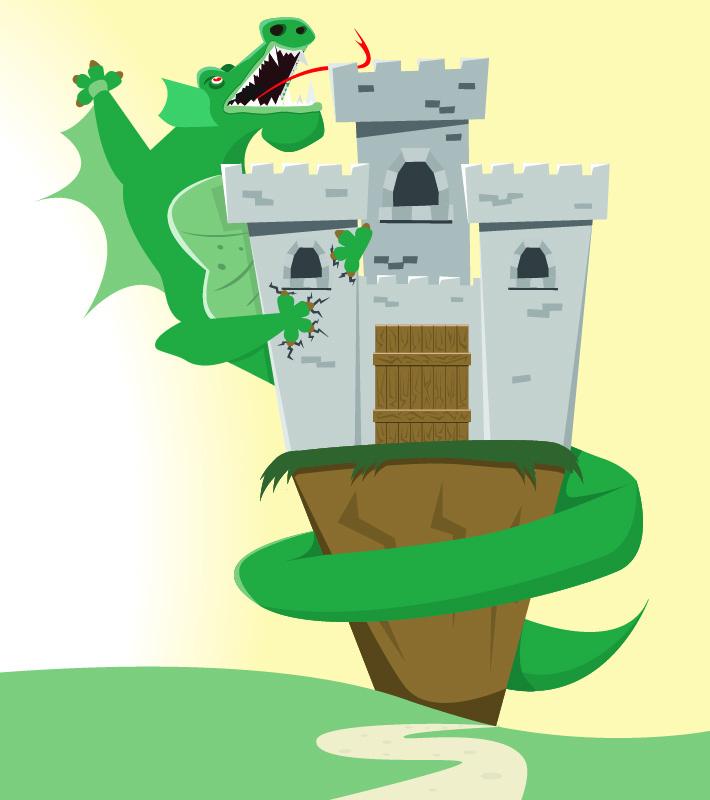 It had rained all day. The endless patter of rain drops started off softly but then grew louder and louder until it seemed like there was an army of drummers outside Max's window. Then it was silent. Max's ears buzzed with the quiet, and he sat up straighter. He ran to his window and looked outside. The gray clouds were rolling away and the sun was finally beginning to peek through and stream down to the ground. A beautiful rainbow arched across the sky.

The rainbow looked so close, Max's fingers itched to touch it. No one has ever been close enough to touch a rainbow, but that doesn't mean it's impossible. Max pulled his big floppy rain boots over his feet and up to his knees. He opened up the back door and looked out into his back yard. The smell of mud and flowers wafted in. Max trudged out the door, down the stairs, and toward the rainbow.

The mud beneath max's feet squelched and oozed, threatening to pull off his boots. There were puddles everywhere that seemed to call, "Max, come jump in me." Max was happy to do so. He was having so much fun he didn't see the rainbow sprouting out of the ground right in front of him. In fact, he walked right into it. Bonk!

"Ouch!" Max rubbed his forehead and then gasped. He had found the rainbow! Max circled around it. The light filtered down in a way that seemed to move and tremble. And yet, when Max reached his hand out to touch it, the rainbow was quite firm. In fact, it felt as strong as cement. Upon closer examination Max noticed stairs carved into the mysterious rainbow. They were narrow and close together, and seemed to go on and on forever.

That's funny, thought Max. I always thought a rainbow would be more like a slide. Max didn't know if he would ever be able to find another rainbow, so he decided to see where the steps led.  He took one step and then another — carefully at first, but with more confidence each time. Soon he was bounding up the rainbow two, three steps at a time. Before he knew it, he was high above the ground. He couldn’t help but look down. The view made his stomach twist and his mouth run dry. His house seemed like a little doll house, and the people and cars looked like tiny ants.

Max continued to climb. At first there was only silence, then whispering wind and birds. But now, Max heard clanging metal, shouting, and roaring. That didn't sound right. Max's knees began to tremble. The noises were getting louder, and he could hear people screaming, "Retreat!  Retreat!"

"That's it. I'm going back down,” Max said. But just as he was turning around a horse flew up to him.

It was a beautiful white horse with silver wings and bright blue eyes. It hovered in the air just in front of Max, whinnied, and nodded his head toward the commotion. Max stared for a few seconds before the horse whinnied and nodded again.

I think he wants me to ride him, thought Max.

It is a little scary to try and mount a flying horse in midair. Max reached one arm out as far as he could. His fingers stretched and stretched but only brushed the edge of the horse. Max leaned out a little farther and then a little farther more. But he lost his balance. His foot slipped and he began to fall toward the dollhouses and ant people. Luckily, Max was able to wrap his fingers around the horse's mane just in time. He swung a leg up over the horse, situated himself in the supple leather saddle, and snapped the reins.

"Let's go!" he shouted. The horse raced toward the commotion. As it flew to the top of the rainbow, Max saw a castle made out of fluffy white clouds. In front of the castle was the cause of all the noise. A dragon was attacking. Men in silver armor riding brilliantly white horses flew all around the dragon, carrying sparkling swords. But the dragon's green scales glimmered in the bright sun like they were made of metal. They were too hard to be pierced by swords. It roared and spewed bright orange flames at the castle. A tower began to melt away.

That dragon is going to melt the entire cloud castle, thought Max. I have to help. He directed his horse toward the fighting. When he got close to the dragon, Max realized he was not wearing any armor and he didn't have a sword. What was he going to do? Max flew past the dragon's head. It saw him and roared a roar so loud it made Max's teeth chatter. Max knew the flames were coming next.

"We've got to get out of here," he shouted to his horse. The horse quickly shot toward the earth. But the dragon spotted Max and followed. As Max hurtled through the air, he felt the searing pain of hot, flames brush past his neck. He looked behind him and saw the dragon closing in!