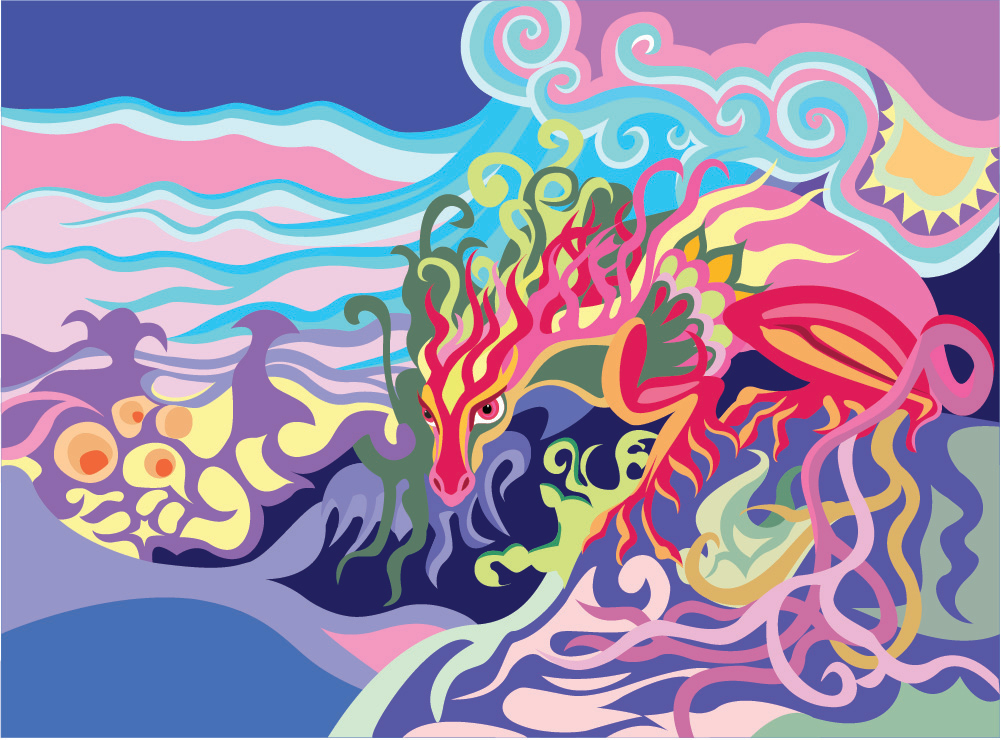 Hi. My name is Loralee and I need to tell you something. Can you keep a secret? I hope so, because I don’t have any other friends and there is no one else in my family or school I can trust. But I can’t keep this inside any longer. I HAVE to tell SOMEONE or I’m going to explode! I think I might be going crazy, or something, so I need your help.

Okay, are you ready? I have a pet dragon. No, no, don’t go away. I’m being totally one hundred and twenty-three percent serious. It’s okay if you don’t believe me. At first I didn’t believe it, either. Just hear me out, though, and you’ll see what I mean.

It all started a few weeks ago when I got a surprise package for my birthday. I have never gotten a birthday present before, but that’s a whole different story. Needless to say, I was super-duper curious about what was inside, especially because I didn’t know who had sent the package. When I reached into the box to pull out the present, something poky and spiky squirmed and squiggled in my hand, and out came what looked like a lizard. It had brown, scaly skin, but the scales were big and pointy and jutted out from its body. It wasn’t pointy enough to really hurt, but it’s definitely not normal lizard skin. I know this because I have seen a lot of lizards. Since I don’t have any friends, I go to the pet store a lot. Animals don’t think I’m weird, and as far as I’m concerned, animals are a lot nicer than all those mean kids at school.

Anyway, so there I was, all alone in the house with a brown lizard thing on my table when suddenly, she spoke to me! Not with her mouth, but, you know, inside my mind. It wasn’t really words... it was more like pictures. And the first thing she told me was POTTY! (I guess she’d been in the box for a really long time). I took her into the back garden and let her do her business. When we came back inside we sat down and just sort of stared at each other.

That’s when the second picture came into my mind. BUGS! Ew, I hate bugs. But I knew my new friend was hungry, so back outside we went to hunt some bugs. Unfortunately, I had to touch a couple of grasshoppers and some slimy earthworms, but all in all it wasn’t too bad. At least I didn’t have to deal with any nasty spiders!

Once we were back in the house things started getting weird.

“Um, hi,” I said. “I’m Loralee. What’s your name?” I kind of felt weird talking to a lizard, but since we had only just met I didn’t know what else to say.

She sent a picture of a sword into my mind.

“Sword?” I asked, a little baffled. What a weird name for a dragon.

She shook her head. Hmmm... what else could it be?

“Dagger?” Nope, wrong again. “Blade? Spike? Metal thingy? Long poky stick thing?” I tried about twenty other names but none of them were it. She was obviously getting frustrated toward the end because she kept biting my finger – not hard, mind you, but hard enough for me to know I was wrong.

“Can I just call you sword for now?” I finally suggested. She rolled her eyes, which I think meant okay, because she didn’t bite me anymore.

I followed her out into the garden, grateful that Mum wasn’t home yet. She would have freaked out if she saw a lizard in the house. So there we were, in the garden for the third time in half an hour, when my little lizard dragon thing looked up at me and her black eyes sort of glossed over. She got this really far away look in her eyes.

Touch me, she sent.

Weird, I thought. What’s going on here? But I was so

curious about this animal who could talk to me that I reached out and touched the tip of my finger to one of the scales on her back.

That’s when I started falling...