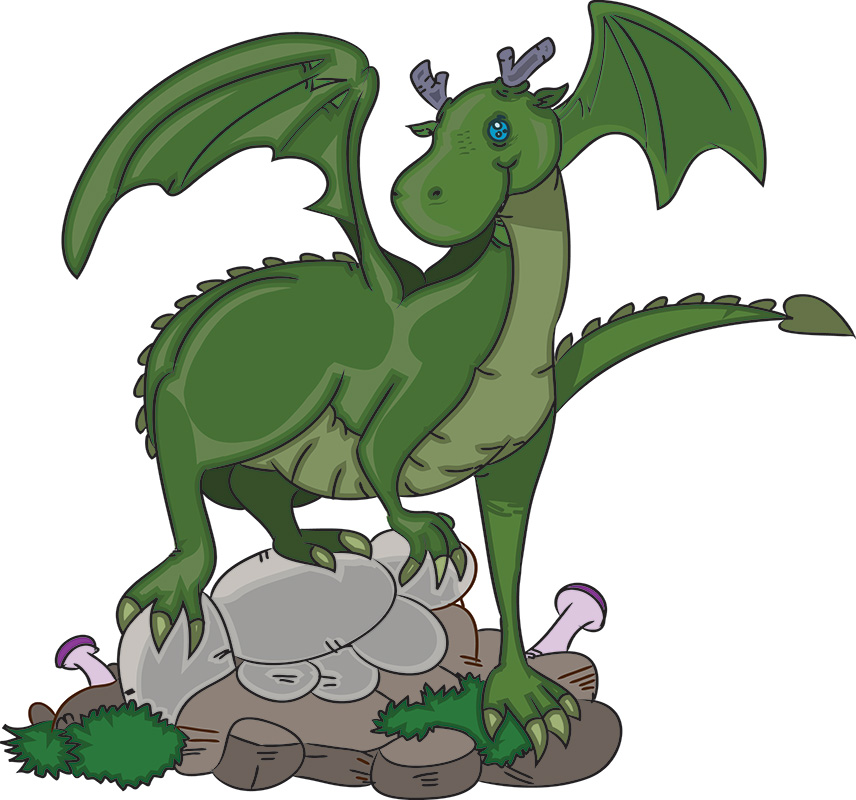 Kingdom of the Dragons

In a high mountain kingdom where dragons made their lairs, there lived a prince who should have been happy. But he was not.

A heavy cloud hung over the kingdom, threatening the lives of all who lived within its borders. The king was frantic. The soldiers so fearful they were deserting. And every villager – down to the tiniest mouse – lived in constant terror.

The dragon Althenia cast her gigantic shadow across field and farm almost daily, her huge purple wings beating against the sky and her unearthly screech echoing from mountain top to mountain top.

The soldiers’ weapons proved useless against her. Althenia cast them aside like twigs. Then she chased them back to the castle, breathing fire at their heels.

Some said the dragon was nursing a nest of hatchlings in her high mountain lair. Babies who would surely grow into fire breathing adults. It was a dark time indeed.

The young prince threw open the shutters of his bedchamber window and looked out across the kingdom that would someday be his. He was only thirteen but he already felt the weight of responsibility. The army had failed to keep the kingdom safe and would surely fail again. It was time for him to face his destiny. The dragon, Althenia must be killed. And Basil knew, as crown prince, he must do it himself.

His hands shook as he lifted his crown from the shelf and placed it on his head. Dragons were said to like such things. Perhaps it would be of some use. He gulped back his fear and swung out of the window. No one must see him go.

Following a steep mountain trail, he approached the dragon’s lair as soundlessly as a fox. But a voice within him screamed, “What are you doing? How can one defenseless boy defeat a dragon that has decimated an entire army?”

Basil shook his fear aside and crept into the cave, feeling his way along the rock wall with his fingers. It was cold and damp. A putrid smell filled his nostrils and the whirr of winged creatures circled about him.

“Do not fear,” he told himself, but when a wild screech echoed through the cave, he whipped around and darted back, as though his legs had a mind of their own.

On his third step, he found no earth beneath his feet and fell like a stone dropping from a ledge. Terror ran through him like a river of ice. He clawed at the air and kicked with his feet, banging his legs against the rock wall as he fell.

He screamed out in agony and the sound of his own voice echoed back to him like the cry of a wild animal. At last he landed with a thud in a pile of sticks and leaves, curled himself into a ball, and sobbed. Every inch of his body ached.

The young prince pushed himself up to sit among the leaves. Through his sobs, he pulled his crown from his tunic and placed it on his head. If he was to end his life as bait for a dragon, he must do it as the prince he was.

The minutes ticked by while he waited for Althenia to swoop him up and crush him with her talons. But she did not come. When his eyes adjusted to the darkness, he realized that he had fallen into a huge nest. A nest in which five eggs, almost as large as himself, lay one next to the other. He imagined the young dragons hatching and eating him alive.

Scratching and scraping sounds echoed from the cave entrance. Basil’s heart stopped cold. Althenia was entering her lair. Despite his aching body, he dove to the eggs and hid himself between them.

Soon, two golden eyes peered down into the nest. Basil burrowed into the sticks and leaves as a monstrous nose with flaring nostrils touched the eggs one by one. Satisfied, the dragon settled her massive body beside the nest and covered it with one enormous wing. Very soon she fell asleep.

Basil knew he must escape or be killed by the dragon. But his bruised body refused to move. There was nothing he could do but hide among the eggs and hope Althenia would not notice him before she left to hunt at the break of day.

He found it very hard to sleep. His ankle was swollen and throbbed with pain. It must have been past midnight when he felt the egg beside him move. At first he thought he had been dreaming, but when the leathery shell of the egg began to rip, he knew it was no dream. He was about to share the nest with a baby dragon.

Before the hatchling had freed itself from its shell, the other eggs in the nest also began to move. The clawed feet of dragon hatchlings tore at their leathery prisons as they wiggled and squirmed their way into the world. Basil did the only thing he could think to do. He pulled a piece of egg shell over himself and lay very still.

He awoke to the squawking of baby dragons and felt them scrambling about the nest. Peering through a tear in the shell, he saw Althenia’s golden eyes. She was awake.

Tenderly, she nudged each baby with her huge nose and snorted softly to them. They responded with snorts and squawks of their own.

Suddenly, Althenia’s scaly nose and amber eyes aimed straight for his egg. Basil curled into a ball and closed his eyes. But the egg shell flew off, leaving him completely exposed to her gaze. He dared not move...