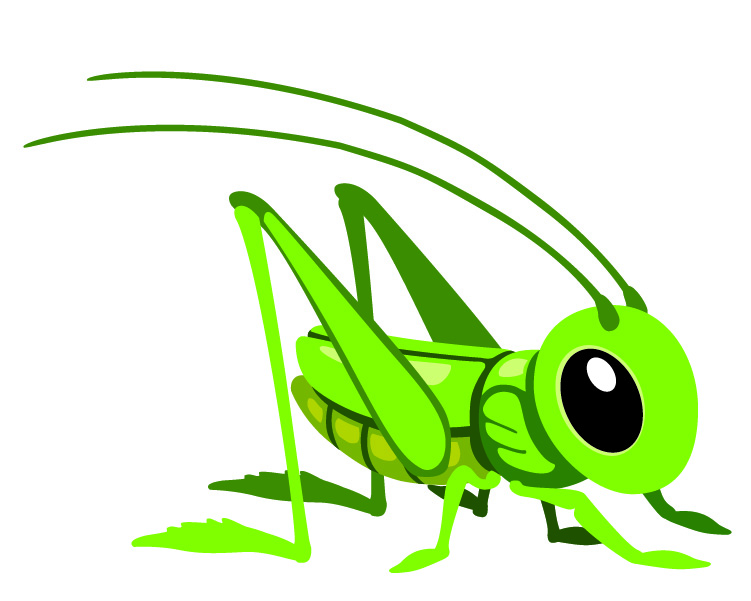 Haddie and the Hoppers

Haddie tossed an ear of corn into the wagon, then dried her sweaty palms on her burlap apron. She pulled another roasting ear and let her sunbonnet drop down her back. Was it hot! Haddie half expected the corn to pop on the stalks.

Hot or not, she had to keep working. At this rate, she'd have the wagon filled by the time Pa and their neighbor, Mr. Miller, returned from selling the first load in town. Maybe now Ma would quit frettin' like a wet hen over what they were going to eat this winter. The drought had left the vegetables in Ma's garden scrawny, and everyone in the family was starting to look the same. Especially tiny Lavinia, Haddie thought, tugging at an ear of corn. And Lavinia had little enough to lose.

Three-year-olds were supposed to be all plump and dimpled, like those naked baby angels on Christmas postcards from back East. But Lavinia was so thin, it hurt Haddie to look at her. Haddie knew she was skinny herself, but at thirteen, that was all right.

At least the roasting ears were fat and full. She hoped the crop would turn a good profit when it was sold in town. If it didn't, well . . . no sense borrowing trouble, as Ma would say.

Haddie looked at the miniature mountains of gold and green in the wagon and smiled. They'd have enough to eat this winter, if she could help it. But what she wouldn't give for some cold snow and ice right now!

Something small pelted Haddie on her bare neck, right between the braids. She swatted at it with her hand. A moment later, something else hit her on the temple. She turned to look at the sky when something hit her in the eye . . . hard.

A giant black cloud was eating away at the sun. Tiny silver specks rained down from the cloud. They looked like shiny snowflakes, but hurt like hailstones.

Haddie pulled on her sunbonnet to shelter her eyes. Something crawled out of the bonnet and onto her cheek. She screamed and struck it aside. It flew through the air with a flutter of wings and a flash of iridescent color. Hoppers!

She'd heard how they'd come two summers ago. Millions of them had flown in and devoured the countryside in minutes. Some folks had lost everything. "Why couldn't it have been hail?" she whispered.

The silver-bellied cloud was over her now, and the hoppers were streaming down in a steady spray. They were landing on everything edible, and it seemed they would eat anything. Especially corn. Haddie flung herself into the back of the wagon and swatted frantically at the insects. They were tiny, really--no bigger than one of Ma's hairpins. But there were so many of them! They formed such a shimmering cloud, Haddie could scarcely see her little sod house.

"Haddie!" she heard Ma call. "Come inside! Leave the corn!"

Something stubborn welled up inside of Haddie as she watched those vermin grinding away at their future. She remembered little Lavinia, and untied her apron.

Haddie beat at the pests with her apron until her arms were numb. Hoppers were hitting her face with such force that she held the brim of her bonnet closed with one hand. She whacked at the relentless horde with the other.

The hoppers ignored her and gnawed on. In desperation, she flung herself across the corn, waving her arms and legs. The critters merely crawled over her with their tickly-prickly legs and kept chewing. She wanted to scream at the sound of so many grinding jaws. She wanted to run away from them and into the shelter of the soddie. But . . . the corn!

If she could only get the wagon inside the barn! Pa had taken Butterscotch, their horse, to help pull Mr. Miller's wagon. Haddie knew she couldn't pull the wagon by herself, but maybe she was strong enough to push it. The barn wasn't far.

Haddie leapt over the side of the wagon and landed with a crunch! She ran around behind, grimacing at the squish of insects beneath her bare feet.

"Haddie!" her mother called again. "Where are you?"

"Don't worry, Ma!" Haddie answered through clenched teeth. She leaned into the wagon with all her strength, but it wouldn't budge...