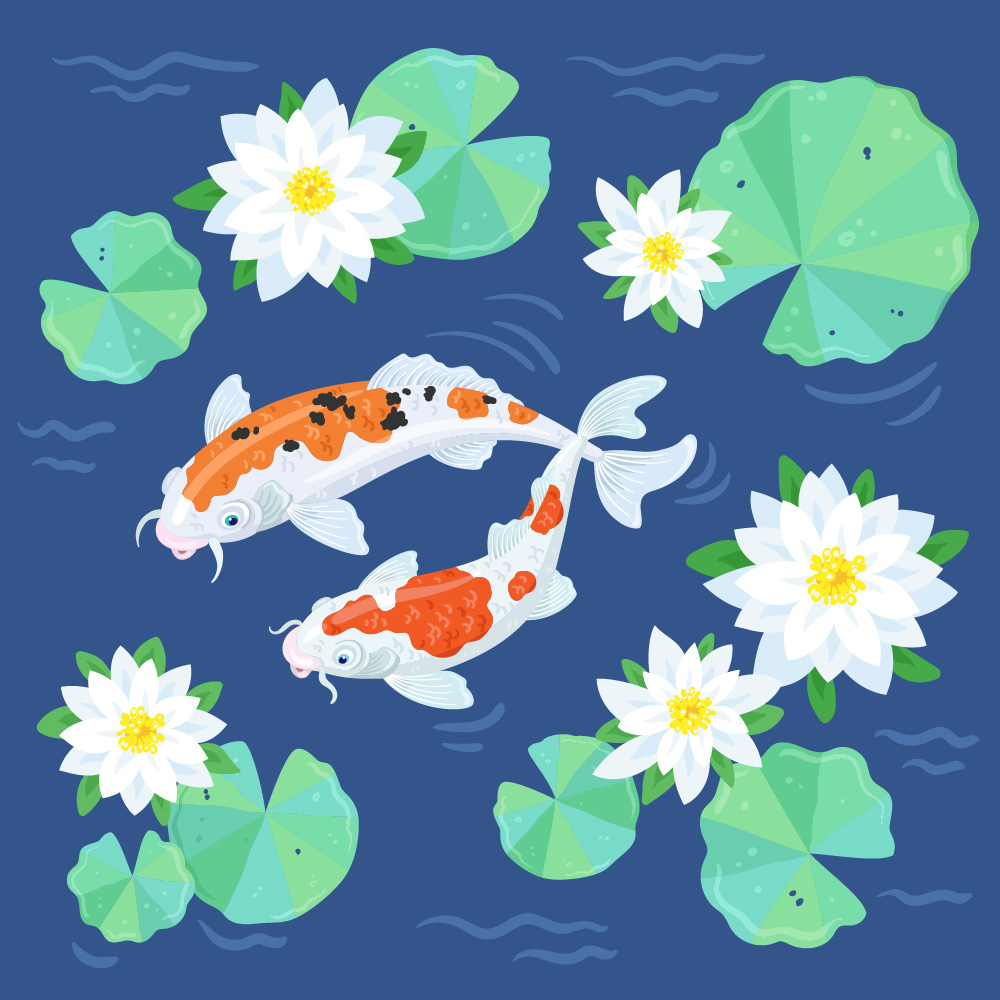 Feeding Poi to the Koi

Aunt Brenda poured a packet of gray powder and some water into a cereal bowl and stirred. “It’s a traditional Hawaiian snack,” she said.

Rob wasn’t sure about that snack. Everything around him seemed strange. He’d just arrived in Hawaii for a two-week visit. Aunt Brenda had moved to Hawaii from Rob’s hometown in New Hampshire.

“What is that?” Rob tried to sound polite.

“It’s called poi. I’m not sure what it’s made of, but everyone here eats it.” Aunt Brenda handed Rob the bowl and a spoon. “Why don’t you enjoy this on the patio? Hawaiians love eating outside.”

Rob went into the back yard, afraid to look in the bowl. Finally, he peeked.

Shiny, slimy purple goop. This was a snack? He licked the tiniest bit of poi off the spoon. As he’d expected, it tasted like glue. Rob longed to be home in New Hampshire eating microwaved pizza rolls.

Aunt Brenda was being very kind to him. She’d even paid for his plane ticket. Rob knew he shouldn’t complain about the weird food. On the other hand, there was no way he could choke down this bowl of purple goop.

Behind his aunt’s property was a pond filled with water lilies and giant goldfish. That seemed like a good place to dump the poi. As Rob dribbled a spoonful into the clear water, somebody spoke.

“You shouldn’t feed them that.”

Rob turned around, startled. “Feed who?”

A boy about his age, but larger, with black hair and cinnamon skin was standing behind him. “The koi,” he said.

The kid laughed. “No, the fish! Those orange fish are called koi. They cost a lot of money, so be careful what you feed them...”