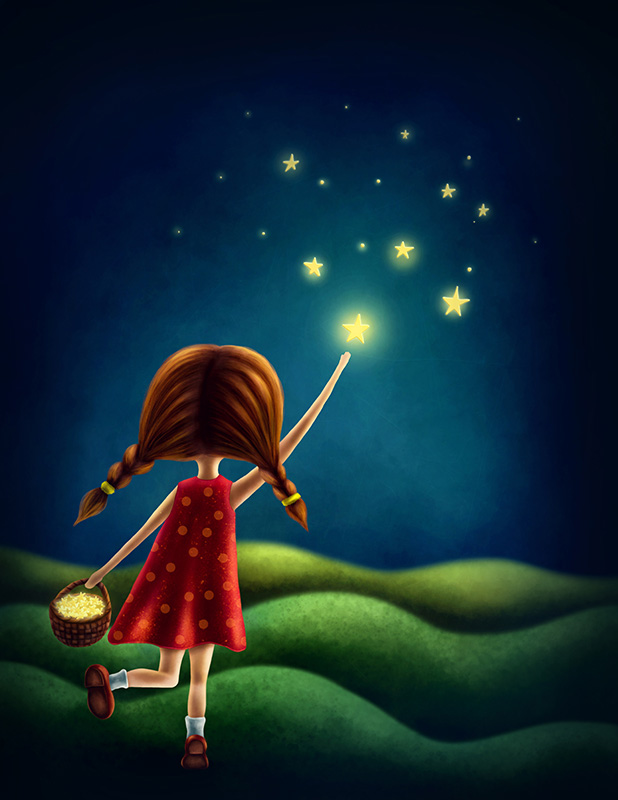 A Fairy for Briony

It was another rainy day, but Elspeth didn’t mind. She never minded rainy days now especially as Emrys was always in good storytelling form.

For once, the kitchens were quiet and both Elspeth and Emrys were eating leftover jam tarts and drinking elderflower juice. The butler saw them but winked once at Emrys and left them alone.

“You know,” said Emrys, taking another sip of the drink, “this is really good. Though I’m used to it being a bit stronger where I’m from."

“Stronger?” asked Elspeth. She imagined heavy bubbles so strong they burst inside your nose and made you sneeze. She kicked her feet out and looked at her high button boots. Mother wouldn’t let her run around barefoot anymore, not since she’d trodden on a bee and found out she’d been allergic. There were all sorts of medical discoveries coming out recently, but they still hadn’t found a cure for beestings.

Emrys giggled. “Mmm, it used to be fermented.”

Elspeth wrinkled her nose. “Ick! I can’t imagine that being any good.”

“I agree. This is much better,” said Emrys with a serious lilt to his voice. “But it does remind me so much of a story.”

At this, Elspeth bit the bottom of her lip in anticipation. Rain, jam tarts, elderflower cordial, and… an Emrys story. She couldn’t wait for him to continue.

“Anyway,” continued Emrys, putting his jam tart aside and looking wistfully out the window, “it was a story from Caledonia; a place now known as Scotland. A little girl named Briony wanted to catch a fairy…”

Briony looked into the smouldering fire and frowned. She’d waited patiently in every corner of the house, sat in the field at sunrise, noon and sunset, and now she was watching the embers of the fire—looking for a fairy.

“Faeries can na’ be caught,” her grandmother had said, “they can only be appreciated.” Briony’s grandmother left a bowl of milk out every night for the faeries, and she seemed to know an awful lot about them. “Sometimes they appear as a shimmer of lights, other times as a winged wisp from the corner of yer eye. Some, aye, sometimes they appear to help in time of most need.”

“When will that be, Grandmother?” Briony had asked. But Grandmother only winked and said, “You’ll know.”

Briony didn’t want to wait. She wanted to see a fairy and catch one. She didn’t know what she wanted to do with it, but if she could just SEE one, then maybe she’d know.

The fire continued to smoulder and the embers just looked like embers, not anything like salamanders or little creatures with wings. Sighing, she flumped back onto her sheepskins and looked at the roof. The roundhouse was always a little smoky – but her father said it was good to keep the bugs out. Father was good at things like that. It was important to know lots of things when you were chief.

Stepping out of the roundhouse, Briony pulled her cloak tight around her. The evening held hints of red in the sky – another village miles away was burning. There was a bustle of feet around her and both the men and women were grabbing weaponry. Her aunt rushed past her wearing blue paint on her face and holding a sword.

“Are we going to war?” asked Briony. She was used to seeing small skirmishes with the neighbouring tribes, but this seemed to be more serious. Her aunt had never joined in battle.

“Aye, Briony. Take the youngsters and hide in the cairn up the hill. Roman soldiers have landed.”

Briony’s blood ran cold. She’d heard stories of Romans. Yes, the village traded goods with them – sometimes father would send sacks of grain across the seas in return for gold or wine. But soldiers? When they landed, the fields and seas ran red. Shivering, she gathered all the children from their houses and led all twenty of them up the hill toward the cairn, a stone-lined burial chamber dug into the hillside. Briony was not the oldest; at nine, she was a good three years younger than the eldest child in the group. But being the daughter of the chief meant she had the responsibility while her brothers were out fighting. If she were fourteen, then she too would be old enough to pick up arms. In Caledonia men and women were equal in every way.

“Get inside,” she said, trying to sound calm. Her older brothers were already running toward the beach, swords in hand, ready to fight. She could see them from the hill – and the five boats carrying Roman soldiers. Even with the clouds overhead, their polished bronze armour and helmets glittered.

Each boat held more than thirty soldiers. She knew also that each soldier was highly trained. While only the chieftain and a handful of others could afford swords, the rest of their village had to use whatever was at hand—farming tools, long fighting sticks called staves, and often they fought with no armour. Each Roman held a sword, helmet, and wore armour. Their village was outnumbered and the soldiers seemed to know it.

Panic overwhelmed Briony. “Go, hurry!” she said, trying to get the younger ones inside and settled. “It’s cold; I’m hungry; I’m scared…”