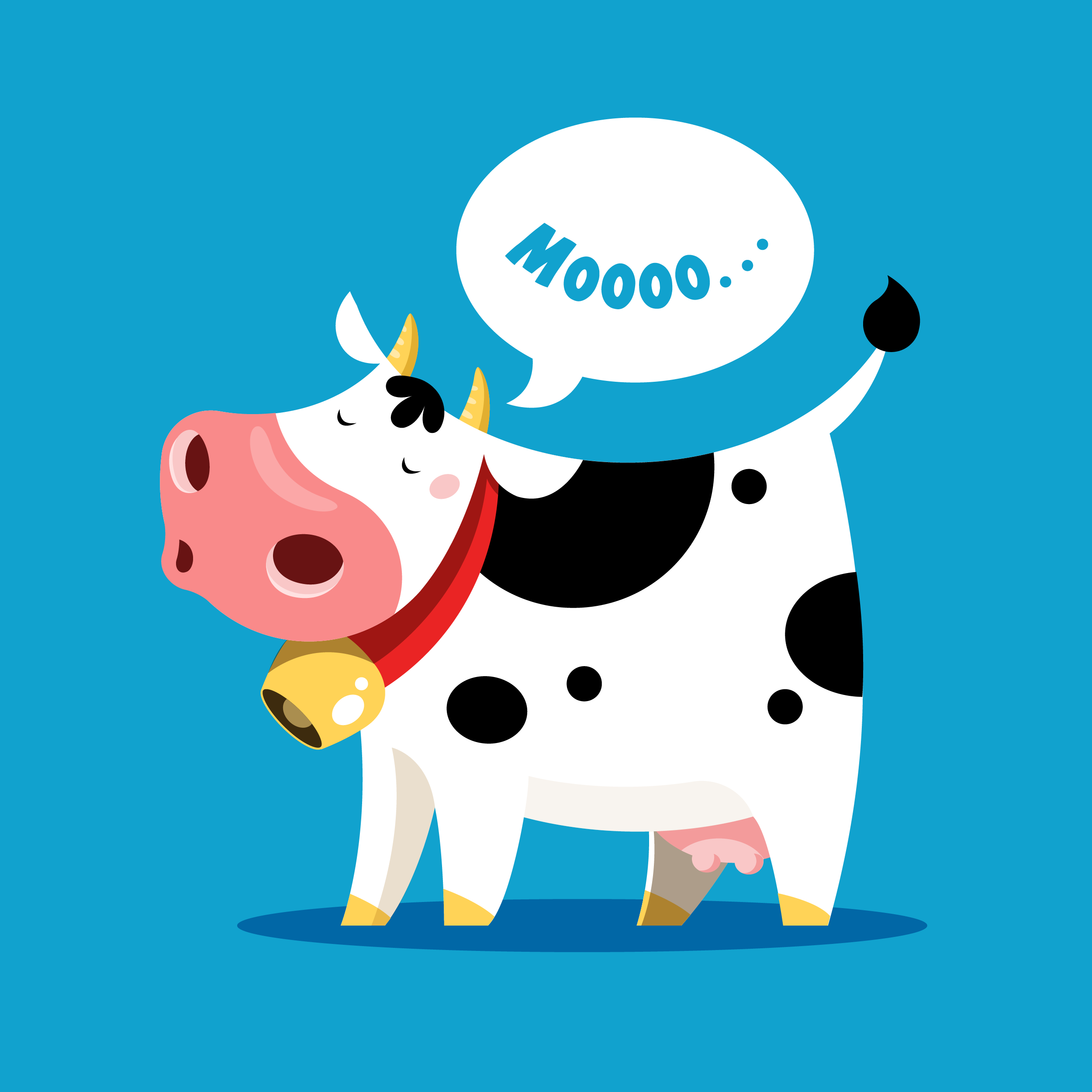 Cows in the Cornfield

“I can help you,” said Ellie Egret, unfolding her white wings. With a flap-flap-flap, she landed on Lily Lou’s back.

Daisy Belle nudged Ellie off with her nose. “Ellie, get down. Why do you keep pestering us?”

Flap, flap, flap—clunk! Ellie was still learning to land. She shook out her feathers and waddled round Lily Lou’s legs. “But I can help you.”

“Stop your flapping,” Daisy Belle said to the young white bird. “All that ruckus is making the bugs jump around even more. Come on, Lily Lou. Look, the gate’s even open.”

Lily Lou saw where she was headed. “Daisy Belle, nooo! And the gate’s not open. It’s completely gone.”

“Quit belly-aching,” said Daisy Belle as she headed into the cornfield, twitching her tail.

“The moving leaves and stalks scare them.”

Both cows sighed with contentment.

Flap, flap, flap. “You better get out of there,” squawked Ellie Egret. “Here comes  Farmer George!”

“Lily Lou—get up! Turn around! Moove!”

“I caaan’t, Daisy Belle.” Lily Lou wobbled upwards. She wiggled her hips. She shimmied her shoulders. But she couldn’t turn around. “I’m stuuuuck! My hoof is caught!”

“Mooo!” the cows cried in unison.

Farmer George got nose to nose with Lily Lou. He pushed, he tugged, and he finally yanked her hoof out of the hole. She hightailed it away from him as fast as she could. But not Daisy Belle.  She walked out of the corn and sauntered away with a snort.

“You girls git in my corn again and I’ll sell you.” Farmer George stomped away.

Ellie tried to fly to Lily Lou’s back, but she missed. So she waddled between the cows. “I really want to help. Why won’t you let me?”