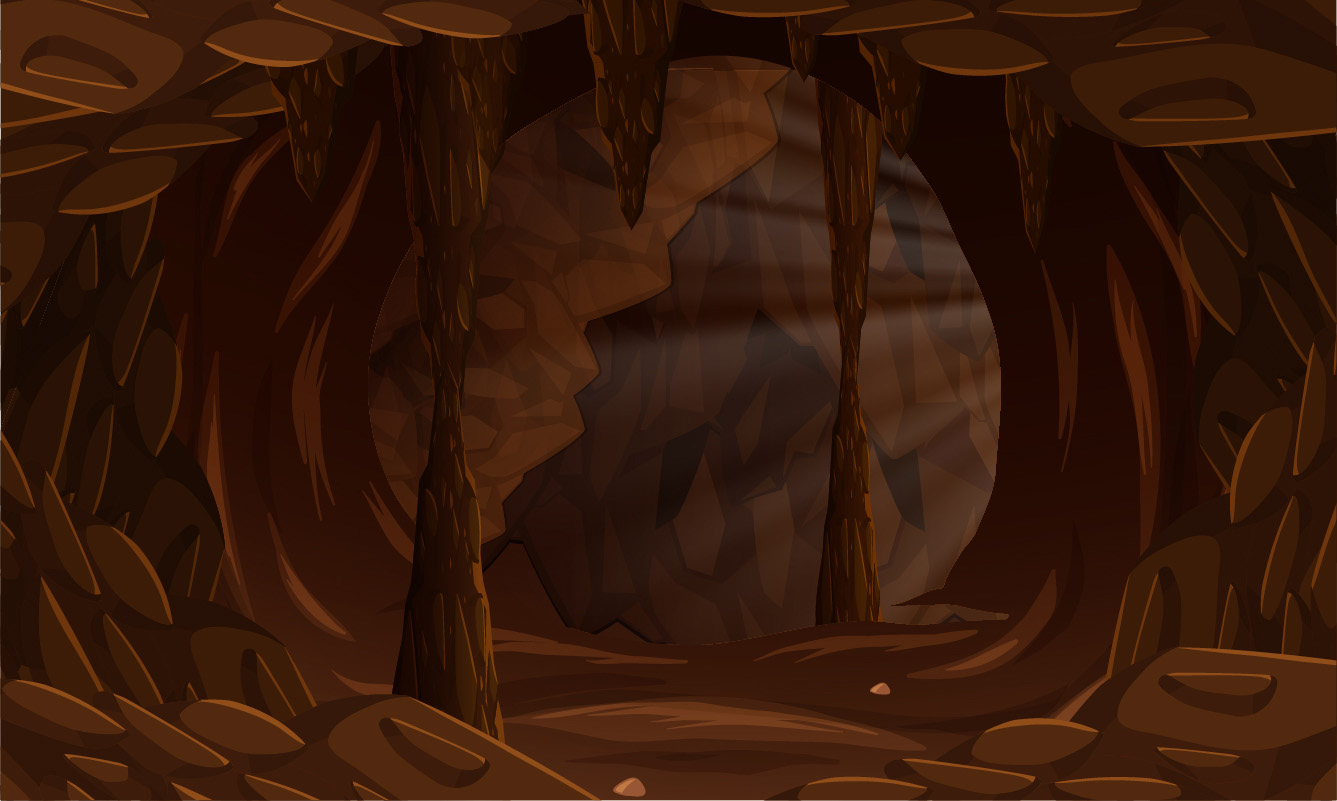 Gavin double-checked his harness, shrugged on his backpack, and grabbed hold of the rope. Don’t look down, he reminded himself. Whatever you do, don’t look down.

He couldn’t move. All his friends waited at the bottom of Cosmic Cavern for him to crawl over the mouth of the cavern and repel down the rope. What a dumb idea for a birthday party, Gavin wanted to yell. Why would Marcus want to turn ten in this hole? Gavin had waited to go last, hoping that somehow he’d find the courage to face the dark expanse by the time it was his turn. It hadn’t worked. His palms were wet inside his gloves, his heart was a runaway train, and his legs were wobbly jell-o. Maybe he should tell Mr. Chesterfield he was sick. It wouldn’t be lying.

Mr. Chesterfield put a hand on Gavin’s shoulder. “Everything okay?”

Gavin swallowed and nodded, then with a death grip on the climbing rope, forced his shaking body over the edge. He pushed against the cavern wall with his feet and released the rope with his right hand. Ziiip!  The rope slid through the descender device, which kept Gavin from free-falling. He glued his eyes to the light on Mr. Chesterfield’s helmet up above. Below him, his friends urged him to speed up so they could start exploring the cavern. All except his best friend, Marcus. “Take your time, Gav,” he hollered. “No big hurry!”

Suddenly, Gavin’s right foot slipped on the slick surface of the wall. A wave of fear rolled through him, and he glanced at the ground. Six headlamps shone back like small stars in a black night. Gavin lost his grip on the rope and zipped to the bottom, landing hard on his back.

Woompf! The air shot out of Gavin’s lungs as his body slammed the cave floor. He lay still on the cold surface with his eyes screwed shut. His lungs screamed for oxygen, but he couldn’t breathe. When at last he could catch his breath, he opened his eyes and was blinded by headlamps.

His friends shouted questions. “Can you breathe?”

“Did you break anything?”

“Give him some space,” Marcus commanded. “Let Dad through.”

The lights faded, and Mr. Chesterfield’s face filled Gavin’s blurred vision. “Do you think you can sit up?” Gavin didn’t think he could but tried anyway. Fiery fingers of pain clawed his back as he slowly sat up. Spiny white stalactites spun around his dizzy brain like a meteor shower, and the whole cave felt like it was sliding sideways. The muddled voices of his friends zoomed in and out of his ears without making sense. Someone put a cool metal canteen to his lips, and the icy liquid helped stop the spinning.

The voices were clearer now. Jordan instructed not to move him. Leroy offered to make a splint if anything was broken. Ollie wanted to call 911.

Gavin shook his head. “I think I’m just winded. My backpack broke the fall.” He reached up and gripped Mr. Chesterfield’s extended arm. Gavin winced when his friends slapped his back, and he gave a weak smile in exchange for their high-fives.

Now his legs really did feel like jell-o, but at least he was on firm ground. Gavin got in line behind Aidan and in front of Ollie. There was no way he was going last. Who knew what lurked in the hollows of this weird place and might creep up behind you? He wasn’t going to be the first to find out.

“Gentlemen,” Mr. Chesterfield said, “welcome to the Milky Way Room.” Their guide was an expert spelunker, and he knew this cavern like an old friend. They stepped into an enormous chamber that dripped white spears and grew bumpy lumps called “popcorn.” Gavin could see why they called it “Cosmic Cavern.” The place looked like another planet, but it smelled like earth–the way the moist soil smelled when he dug up grubs for fishing.

Gavin reached up and slid his hand along the cool, smooth surface of a huge pillar. Mr. Chesterfield said it had formed when a stalagmite on the cave floor merged with a stalactite from the ceiling. For a while, Gavin forgot to be afraid of the dark. Everything was so white and shining, and the cavern walls glittered like a million stars when the light touched them.

“This one’s called ‘Mercury’s Wings’,” Mr. Chesterfield said, pointing at a feathery formation. It hung over an emerald pool so clear Gavin could see the bottom. “And this little lake is Neptune’s Lagoon.”

The steady drip, drip, drip of water from the stalactites into the pool hypnotized him. How could I have been afraid of this place? he thought, watching the water drop from the wings into the glassy pool. Something pale streaked like a comet through the water. Was that a fish? “Marcus, check this out!” Gavin called. No one answered. “Marcus?”

He scanned the dark chamber for an exit. There was a small opening to the right of the pillar. There was also one to its left. Which one should he take?

Gavin stuck his head into the narrow passage on the right. He didn’t hear any voices or see any lights. There was nothing but damp, cool blackness.

When he peered into the left passage, he heard a faint noise. Was it shuffling feet? The noise grew louder and louder; it was coming straight at him. There were voices, but they weren’t human. He could make out chirps and clicks and something else. By the time he recognized the sound of wings flapping, it was too late. A whoosh of air hit Gavin just before a cloud of bats smacked into him, knocking him to the ground. He dove into the other passage and crawled on his knees as fast as he could. Good thing he wore knee pads!

The hallway grew smaller, and Gavin banged his helmet and scraped his backpack on the ceiling. Slow down; breathe, he told himself. It was cool in the passage, but he started to sweat. At last the opening became so tight, Gavin couldn’t crawl on. There was no way the group had come down this tunnel. He’d have to go back and face the bats...