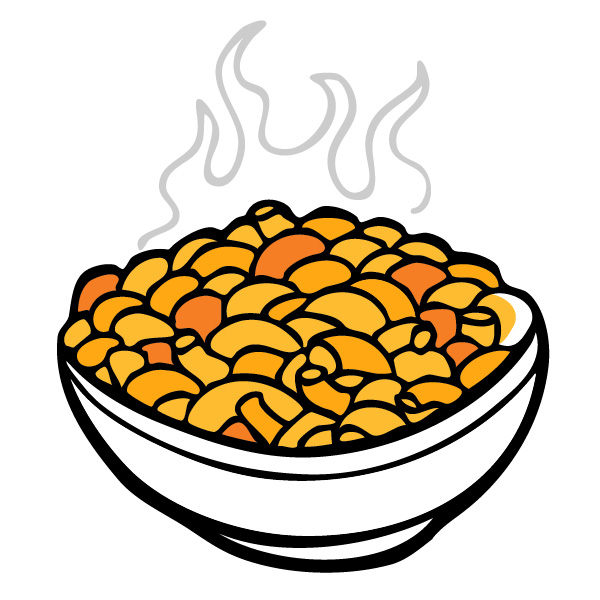 Something’s Better Than Nothing

Ethan slouched in his chair at the kitchen table, scowling at the plate of steaming red beans and rice. He folded his arms on his chest. “I’m not eating another slimy bean,” he said. “I don’t care that Dad sells them, or that they’re good for you, or that we have enough beans in the pantry to last us a lifetime. We have beans for breakfast, lunch, and dinner. Until you serve something other than beans, I’m not eating anything!”

His mother gave Ethan a stern look. “You have to eat, otherwise you’ll waste away to nothing,” she said.

“I’d rather be nothing than have to eat one more bean!” Ethan said.

“Suit yourself,” his mother said.

For the next week, Ethan refused to eat. No matter how much his stomach grumbled, growled, and rumbled, his stubborn streak held strong. Until one morning he woke up, staggered to the bathroom to brush his teeth, and glanced in the mirror. His reflection was gone! He looked down and his body had disappeared! His mother was right—he had wasted away to nothing!

“Mom! Hurry! Something terrible has happened!” Ethan yelled. His mother burst through the bathroom door, looking for him in a panic.

“Where are you?” she asked.

“Right here! But you can’t see me because I’ve wasted away into NOTHING!” Ethan wailed.

“Oh my, indeed you have. I’m so sorry, dear. Perhaps eating something will help. I’ll go cook up a nice big bean and egg omelet for you.”

What? Even after he had wasted away to nothing, his mother still expected him to eat beans? No way! “Actually, it’s fine. I think I’ll try being nothing for the day. It might even be fun.” He thought of all the things he could do being nothing. He’d win at hide-and-seek because nobody would be able to find him. Instead of doing his chores, he could take a nap outside under the shady tree and his mother wouldn’t know. He could even climb the shady tree all the way to the top without his dad scolding him!

Ethan was pleased with his plan. He ran outside and found his friends playing in the field behind their houses.

“Hi, guys! Guess what? I refused to eat for a whole week and now I turned into nothing! It’s like being invisible. Isn’t that cool?”

“Oh man, you’re so lucky! I wish I could be nothing!” his friend said.

“Let’s play hide and seek,” said his other friend. Ethan ran off to hide behind a shed. This was going to be fun!

“Where’s Ethan? I can’t find him. It’s too hard looking for nothing!” said his friend.

Ethan waited for one of his friends to come find him, but they never did. He waited a while longer. Then he poked his head around the shed. His friends were gone! They had given up trying to find him. Disappointed, he headed home. In his yard, he spotted the shady tree. He lay down in the tickly grass underneath it. A nap sounded good, so he closed his eyes.

Thunk! Something hit Ethan on the forehead. Then something else thumped him on the chest...