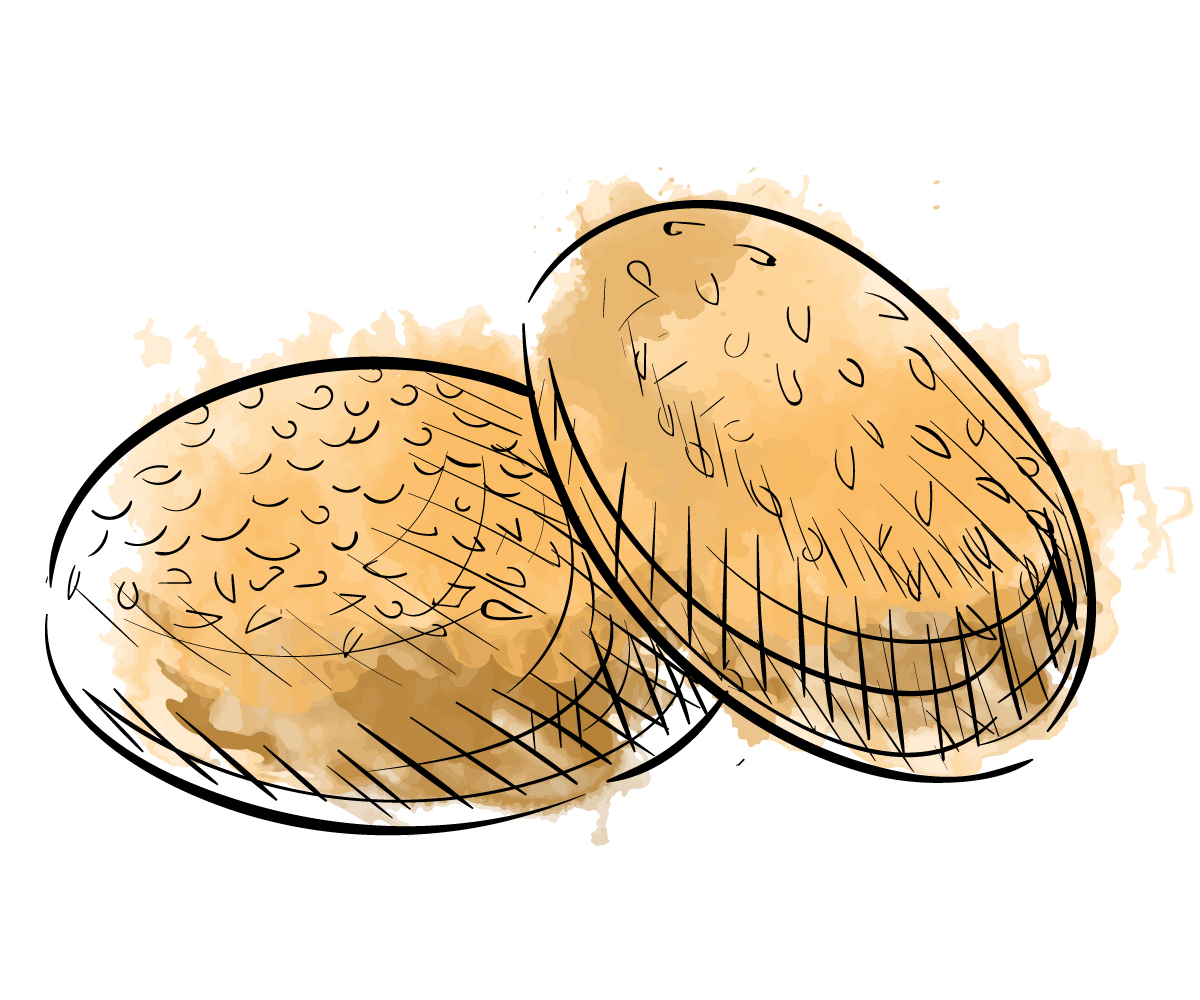 Basil and the Bread

“Come on, Ara, hurry!” Basil said as he climbed on his donkey. “I am so hungry I could eat
you!”

Basil gave the dusty donkey a pat, sending up a little brown cloud. “It was only a joke!” But his hunger was not. He had finally packed up the last scarf from his mother’s market stall in the souk. It was Basil’s duty to put all the beautiful scarves and linens away in baskets at the end of the day. He then tied the baskets across Ara’s broad back and took them home. His mother was already there, helping his sister prepare supper.

Basil checked the goatskin moneybag tied to his belt. “Be careful with that money,” his mother had warned. “We need every last dirham.”

As the donkey clip-clopped her way over the stone streets Basil smelled something wonderful. He knew that sweet, yeasty smell! Basil followed the aroma through the narrow passages, then pulled Ara to a halt in front of the baker’s door.“Anise bread,” he whispered into the donkey’s long ear. “Like mother makes.” Basil could almost taste the chewy cornmeal crust. Would it really be wrong to spend two little dirham? Surely his mother would understand if she knew how hungry he was. Anyway, he could always earn it back tomorrow.

Basil slid off Ara’s back and started to untie the moneybag.

Ara bumped Basil with her whiskered nose and brayed. The boy sighed. “I know, I know. You are hungry too. And the baker does not sell hay! We should go.”

Basil closed his eyes and sniffed one last whiff. When he opened them, there was the baker!

“What are you doing?” demanded the big man.

“That will be one dirham.” The baker opened his pudgy palm.

Basil crossed his arms. “But I did not buy anything!”

“No, you stole it!” The baker lunged at the boy.

Basil turned and ran . . . right into an old man. It was the muhtasib!

“Young Basil?” said the muhtasib as he straightened his turban. “What is your hurry?”

Basil relaxed. The muhtasib was in charge of buying and selling in the souk, and made certain everyone was fair. He knew Basil was no thief.