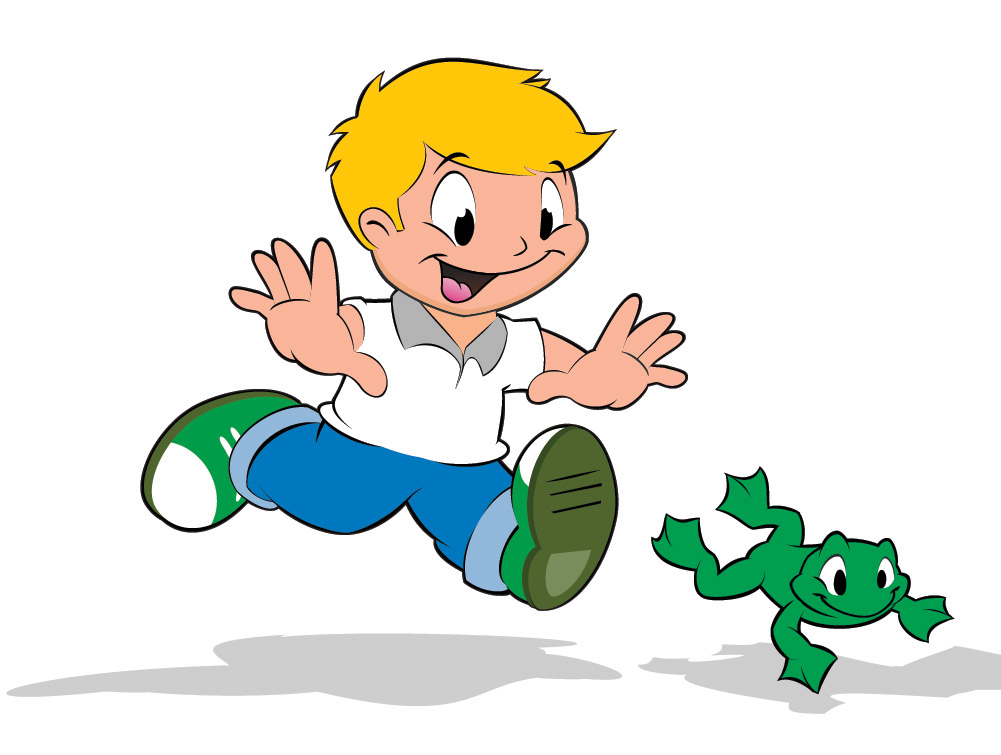 I gazed out across the swamp while Billy sat down to pull off his shoes. It was the first time I’d ever gone frog-hunting. From the look and smell, I wasn’t sure it was all my cousin had made it out to be. From the way Billy had talked, you would have thought it was a paradise. However, all I saw was a muddy, smelly, buggy swamp.

“If we are quiet, we’ll be able to catch them before they jump into the water.” Billy whispered with confidence. “Just sneak up, keep low, and grab them around the middle.”

Grab them around the middle? How big are these frogs? This trip was looking worse by the minute. I thought about wrestling a giant frog and glanced nervously about.

Billy smirked, “You’re not afraid of a little frog are you, Becky? If you are we can go back home.”

Going back to the house meant admitting to the rest of my cousins that not only did I not like the dark, but that I was also scared of frogs.  I would continue to be known as the city girl who doesn’t like the fact that it is too dark without streetlights. Along with the wild animals that roamed about at night, who knew what else was out there in the shadows? Going back frog-less was not an option. It would have just given them something else to pick on me about. I used my best brave-sounding voice. “Of course I’m not, let’s get started.”

Billy lowered his voice before he strolled towards the water’s edge. “Just watch me and then you try.” He bent slightly over then carefully walked on to the muddy shore. Moving slowly, he reached out and quickly scooped up the frog in front of him.

“See how easy it is,” Billy held up his trophy.

A large frog kicked in his hands while he held it out for inspection. It was defiantly larger than those at home, but not the monster I’d imagined. A profound sense of relief ran through my mind. I wouldn’t have to wrestle the frogs to the ground.

Billy marched out of the mud, and then reached for the tall plastic bucket. Returning to the swamp’s edge, he added a small amount of water along with his first capture.

“That’s one for me,” Billy said, before he stepped back into the mud.

Soft slimy mud squished through my toes as I waded out into the shallow stagnant water. Mentally, I thanked my aunt, who casually mentioned that I might want to wear shorts. Filthy water splashed about my legs. Dank, mysterious odors assaulted my sensitive sense of smell, and grew continuously stronger with every step.

I plugged my nose.  A garbage truck on a hot day smells better than this, I decided. From behind I heard the sound of splashing as Billy waded up beside me...