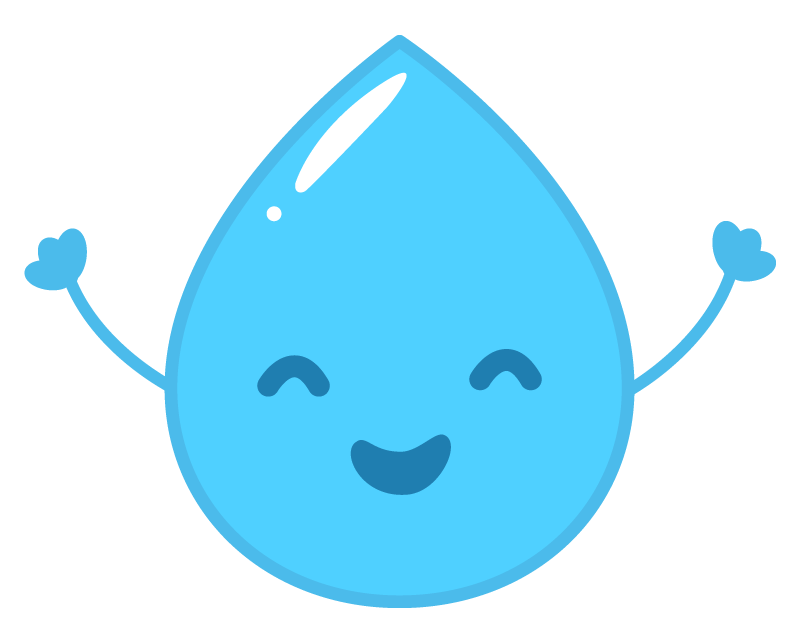 Way up high in the sky, higher than the birds go by, higher than airplanes fly, higher than you can see with your eye, lived the littlest raindrop you’ve ever seen. Her name was Stephanie. She was so small she wouldn’t even wet your whistle if she fell. That’s because, in all of history, there has never been such a small raindrop in all the clouds.

The cloud where she lived floated ever so slowly over the state of Texas. And as far as Stephanie knew, no raindrops of any size had fallen from her cloud for weeks and weeks.

Meanwhile, down on a ranch below, lived the family of Abigail Pritchard. Abby’s father bought his ranch only a few years ago. And ever since that time, it almost never rained on his land. Abby noticed that all the grass, for as far as she could see in any direction, had long ago turned from deep lush green to a sickly shade of brown.

It wouldn’t have been quite so bad if the weather had only been dry, but it was hot, too. Really hot. When the wind blew, it felt like a blowtorch against Abby’s skin. All day long she went to the kitchen to get a tall glass of cool water. During the hottest time of the day, she liked to pour her water over crackling ice and hold the cool glass against her burning cheek. “Ahhh!” she sighed. Then she took another refreshing gulp of that ice cold treat.

It might not seem like it, but things back on Stephanie Raindrop’s cloud weren’t a whole lot better. That’s because some of the other, larger raindrops made fun of her.

“You’re so small,” one of them told her. “You wouldn’t be enough to give a mosquito a drink.”

“Yeah,” another said as he pointed to a great big raindrop. “Now you take Harold over there. He’s so big and fat, when it comes time for him to go he can wash a whole car all by himself.” The others laughed, but Stephanie didn’t, and Harold didn’t either. Still, Harold did everything he could to try and fit in. It made Stephanie sad. She bent her head down and she would have cried except she was even too small to form a single tear.

Down at the ranch, Abby had gone into the barn to escape the sun’s punishing, baking rays. She hadn’t been there long when she heard a pickup truck drive into the lane. She scampered up to the second level where big bales of hay were stacked high so she could see who it was. But that’s when she heard the barn door open followed by voices. One of them was her father.

“I’m doing the best I can,” he said. “Surely there are other ranchers just as bad off.”

“Yes there are,” another voice said. “But that doesn’t change the fact that if we don’t get our money, we’ll have to close y’all down.”

Abby peaked out to see that it was Mr. Bentley from the bank. He’d been to the ranch several times before, and each time he came out, he asked for money. Mr. Bentley wore the biggest tan ten-gallon hat anyone in these parts of Texas had ever seen. He had on a light blue shirt, blue jeans with a big, silver buckle, and brown alligator cowboy boots.

“Look Mr. Bentley,” her father said, “I need more time, that’s all. It has to rain, it’s just got to. Then everything will be all right.”

Mr. Bentley spit in the dirt and looked up again. “Tell you what. If we get just one drop of rain by next Friday, you got yourself six more months. But if it doesn’t, then the bank’s taking your ranch.”

When Abby heard that, she fell backward into a pile of loose hay. She held her breath for the next few seconds, hoping no one heard her. Nobody did. A few moments later, the two men left the barn. Abby hurried over to an open window to watch Mr. Bentley drive away. Her father walked back into the house. She scampered down rickety wooden steps, dashed out the door, and ran to the back door of her house. Then, as quiet as a tumbleweed, she opened the door and slipped inside. She could already hear her parents talking.

“He says we have to leave the ranch if it doesn’t rain by next Friday.”

Her mother’s voice trembled. “But it hasn’t rained here in...months.”

“I know it,” her father sighed. “There’s simply nothing more you or I can do about it except watch and wait.”

“Right here,” she answered, bounding into the kitchen. Pretending she didn’t hear anything she added, “What’s for lunch?”

The next few days around the ranch felt hotter than ever to Abby. It was so hot she decided to spend most of her time inside. I wonder how the animals can stand it out there, she thought. She looked out a side window where she could see small groups of cows standing or lying in the shade of the few trees that still dotted the ranch.

Weeks ago, a small stream running through the property had dried up. Even their pond now held only a little water. Soon it’d be all gone, too. Mud in the pond that used to be covered with cool refreshing water, now cracked and split into pieces from the sun, wind, and lack of rain.

Back on the cloud, Stephanie should have lived without a care, just waiting for her time to leave. For some reason, that hadn’t happened yet.

When her mother saw her sitting and pouting one afternoon, she went over to talk with her. “What’s wrong, Stephanie?”

The little raindrop looked up and sniffled. She still couldn’t make any tears. “The other raindrops keep making fun of me.”

“They say I’m too small to do anyone any good, that’s what.” She hung her little head again.

Her mother leaned up against her. “That’s nonsense. It doesn’t matter if you’re short or tall, big or small, anyone can make a difference if they try.”

Stephanie slowly looked into her mother’s eyes. “Even me?”