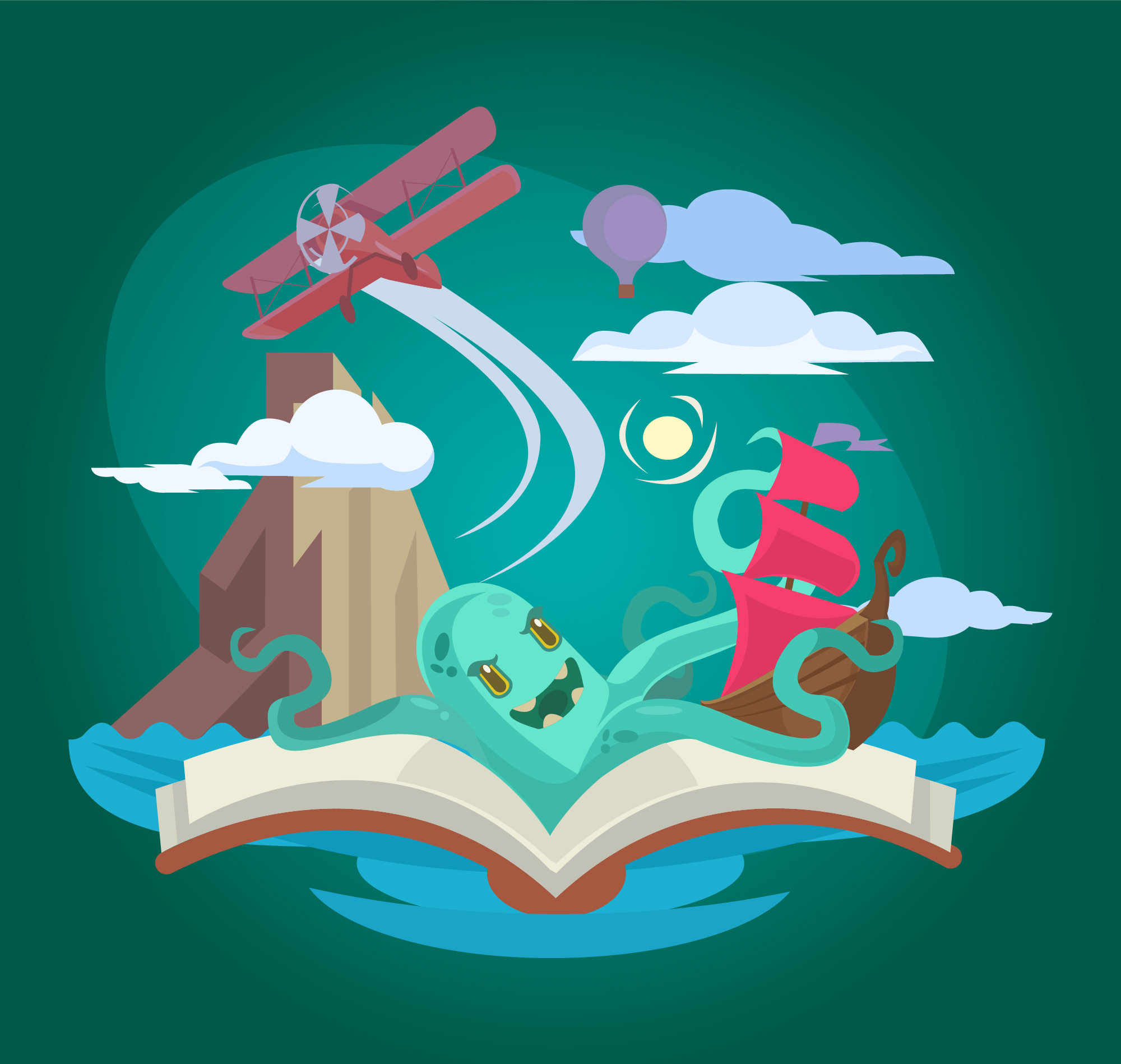 Jack's mother turned and sighed, "Now Jack, stop kicking my seat. We are going to the library and that's that. It's my day to volunteer."

"But I don't want to go - it sounds so booooooooring!" wailed Jack. And he meant it. He'd rather go anywhere than the stupid old library. Books were just so dull!

"It even smells boring," Jack grumbled as they entered the tall, brick building. His mother led him upstairs, down a dark hall, and through a heavy wooden door marked The Department of Children's Literature. She bent down and whispered, "This is where all the kid's books are, honey. You stay here and read. I won't be long." Jack huffed. Reading was for losers.

His mother kissed the top of his head and left. Jack trudged over to a bookshelf. He skimmed the titles, "Teddy Bear Dance, Rainbow Kisses - Total snoozeville," he snorted.

"May I help you young man?"Jack jumped. There, sitting behind an enormous grey metal desk, was a very old, very wrinkled woman. Her name tag read Miss Cackleberry. Her voice was rough and low and she wore thick glasses. She handed him a book. "It's about pirates," she rasped. Jack rolled his eyes.

Seated in a corner, Jack started to read. "Once upon a time, on the deadly seas of the Indian Ocean…" Words and images swirled in his mind as he turned each page. He was completely absorbed, so much so that he didn’t even notice the octopus tentacle until it was wrapped half way up his leg.

"Wha, wha… Get off me!" he shrieked, grabbing at the slimy arm. "Help! Miss Cackleberry!" But Miss Cackleberry did not come. The book fell to the floor as he wrestled the octopus. Jack was lifted into the air. He twisted and rolled and finally was able to shove the beast back into the book, but just as he did a huge wave poured off the page and over his body. He slammed the cover shut.

Panting, soaked, and more than a little upset, Jack stumbled back up the librarian's desk. "Did you see that?" he gasped, shaking the book before him.

Miss Cackleberry adjusted her glasses. "Hm. Didn't like it?" She slid another book across the desk. Jack opened his mouth to speak, but she shushed him.

Jack went back to the corner and shook his head. Drops of water landed on the book, A Day at the Races. With a sigh, Jack opened the cover and BEEEEP!! BEEEEEP!!  a shiny red car shot off the page - missing him by barely an inch. The sporty vehicle vroomed and zoomed up and down the aisles, smoke pouring from its tires. Jack leapt up and gave chase - until the car screeched around and started after him. Jack dove on top of a table and, as the driver whipped by, Jack threw the open book on the roof of the car. POOF! The race car was trapped back in the story.

His chest was heaving and he reeked of gasoline as he approached Miss Cackleberry. "Okay lady, now you had to have seen that!!"