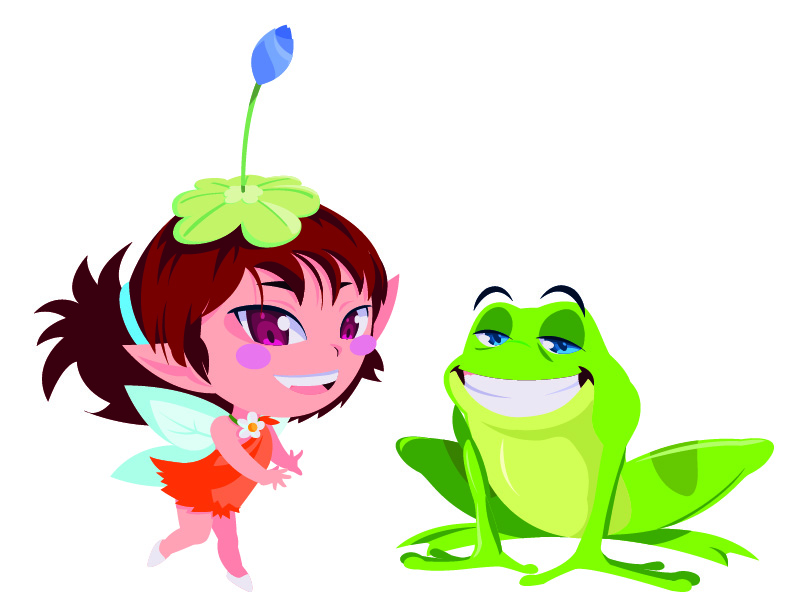 From the moment Christabella was found on the rose petal at The Bottom Of The Garden, her mother and father knew she was going to be different. She was rounder, much larger, and a darker pink than the other newborn fairies. And they were right. Christabella grew and grew and kept on growing.

Can you imagine what the other fairy children said to her?

“Christa Belly, Christa Belly, she’s an Elf not a fairy…,” they taunted in their tinkly little fairy voices. (Child fairies can be very nasty, it’s only when they grow up that they become nice.)

As time went by, all the fairies learned to fly. But not poor Christabella. Her father explained it was something to do with her un-aerodynamic shape. (Theoretically, bumble bees and fairies should never be able to fly, but of course we all know they do.)

Christabella never gave up trying to fly. Every morning, when the dew was still fresh like tiny diamonds on the flowers, Christabella would jog as fast as her solid little legs would carry her. She’d go down the path that she used as a runway between the rows of smiling petunias and happy-faced pansies.

Meanwhile, the other fairy children were having a great time with their new found flying skills. They dived and surfed on the wind, looped the loop, and generally got in the way of the grownup fairies who were flitting around trying to do good deeds.

The weeks and months flew by but unfortunately Christabella did not. Her mother and father felt sad for her but what could they do? Christabella was sad too. And being the only fairy on the ground, she was often lonely.

After every unsuccessful flying mission she would sit in her room with the petals drawn and the door closed and only come down for meals. Which she never missed.

Then one day something happened...