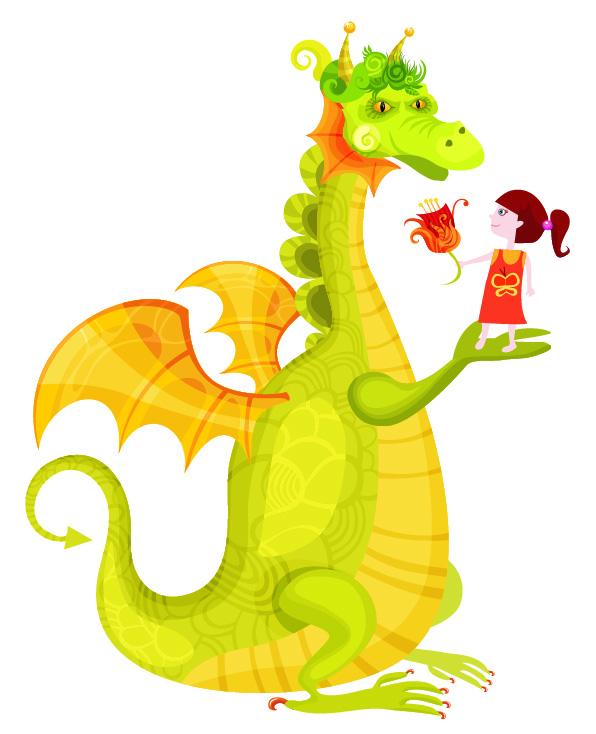 Nora’s eyes widened at the old man who had crossed her path. “Oh, yes!” she answered. She was just fifteen years old, but everyone in the kingdom knew how much she loved them. It was hardly a birthday if there weren’t a dozen woodworkers eager to present their finest mazes to the King’s only daughter.

“That being the case,” continued the old man, “I have something you might enjoy.”

Intrigued, Nora followed. All about her, the countryside was filled with artisans and bakers selling their wares, bolts of fabric, and hand-stitched books. She’d been wandering the festival grounds for some time but so far had found nothing of interest.

At last they came to a hill overlooking a valley. What she saw took her breath away. “It’s… it’s amazing!” she gasped.

Spread out before her was the largest hedge maze she’d ever seen—passages and dead-ends, hard angles and twisting turns, stretching as far as she could see!

“I’ve never seen this before! Where did this come from?”

“There’s a touch of magic about it, if you must know. I have my very own Hedge Dragon!”

“We travel from kingdom to kingdom. He creates the mazes and I drum up the business!”

“Well, then. There’s a surprise waiting for you in the center. If you can find it, that is.”

So Princess Nora of the North Kingdom entered the old man’s hedge maze, quickly disappearing around the first of its many bends.

“If you can find it,” he repeated.

It was a most unusual maze. Several times she was certain she was headed in one direction, only to find herself back where she’d begun. When she turned back, she found herself somewhere different. A touch of magic, indeed! she thought to herself. Regardless, turn by turn, she slowly closed in on the center.

She knew she had to be quick. Mother would be worried if she didn’t come back soon.

Finally, she came to a large, open area with a fountain. Beside it, Nora was startled to discover, rested a large, green dragon.

“Oh, hello there!” she called out. “Are you my surprise?”

“I suppose that depends on whether or not you’re surprised,” the dragon replied.

“You’re the Hedge Dragon. The old man told me about you!” When the dragon did not respond, she asked, “Is something wrong?”

“That old man is a wizard. He stole me from my nest and has forced me to make the mazes for him ever since.”

“So he can use them to trap people. Such as yourself, Princess.”

“But I haven’t been captured! I’m just…” Her smile faded as she noticed the hedge walls moving. “No!” In a moment, Nora was running through the shifting hedges, narrowly sliding through passages. “No one has yet made a maze that can trap me!” she muttered. She was certain she was just one more turn from freedom when she stumbled back into the center.

“Nice to see you again,” said the dragon.

“This maze… it’s not fair!” she panted. “A maze has a beginning and an end. That’s the whole point!”

“The point?” The Hedge Dragon sat on its rear haunches. “The point of a maze is to trick. To deceive. To make you more lost than you’ve been before with no hope of ever being found!”

Nora crossed her arms. “You’re a barrel of sunshine, aren’t you?”

“I told you,” said the Hedge Dragon as they stepped through the passages. “There’s no way out. I create the mazes, but he casts his spell to make escape impossible.”

“So why don’t you just fly away? Or burn it down?”

“It’s part of the spell. I can only escape if I find my way out of the maze.”

They came to an intersection. Nora turned right.

“And what is your interest in mazes, Princess?” asked the beast as he followed.

“I’ve loved them ever since I can remember.” They came to another intersection at which Nora turned left. “I made them out of pebbles I found in the garden and made my dolls get lost in them. When the other kids were making sandcastles, I was digging out tidewater labyrinths.”

“It is the same for us. We make them out of rocks or trees or whatever we can find. Even the babies will begin arranging the sticks in their nests to form passages. We don’t know why we do it. When we get older, we can create hedge mazes out of thin air. I hope someday I can escape and find out more about my kind.”

“Yes, I could tell you were just dying to escape from the moment I saw you.” Four paths branched out in separate directions. Nora asked, “Which way would you go?”

The Hedge Dragon craned his neck down each one. “Not that it matters, but this way,” he said, selecting the center path.

The sun set over the hedges, and they were still nowhere near the end. “Maybe we should rest,” said Nora.

The stars came out before long, cold and twinkling. Nora rested against the dragon’s belly. “Do you ever try to connect the stars and make mazes out of them?” she asked. “My father got so angry when I marked up his star charts…What’s wrong?”

“I’m sure your parents would be proud. Especially after you tell them how you stood up to the wizard and escaped.”