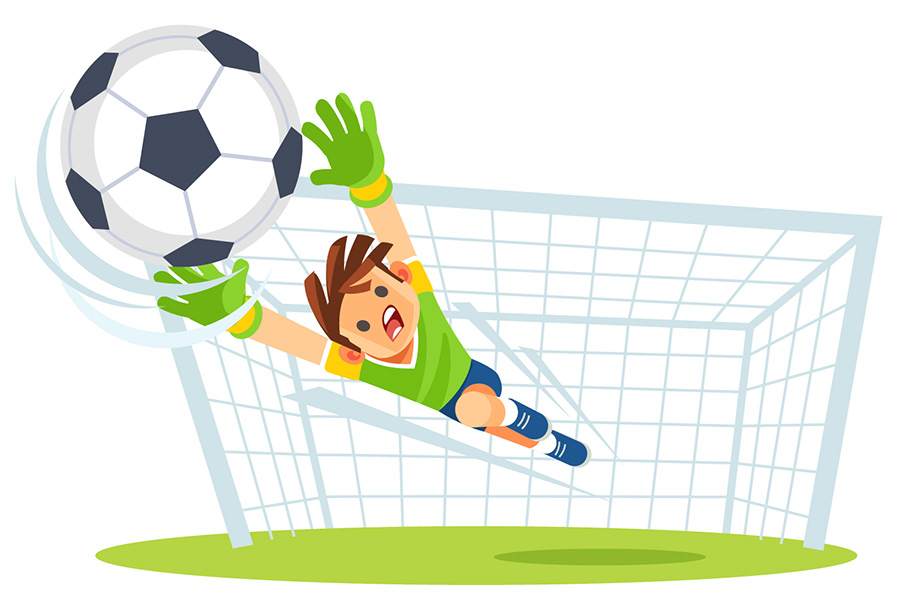 Nate dribbled the soccer ball between his feet, warming up before the start of the game. Fresh morning dew coated the field and blades of wet grass stuck to the top of his shiny, black cleats. His team, the Timberwolves, was playing the best team in the league, the Bulldogs. The Timberwolves hadn’t defeated the Bulldogs this season, but today was their chance. The butterflies in Nate’s stomach meant he was ready.

The soccer ball bounced off the toe of his shoe and rolled toward the goal. He jogged over and noticed an unusual bug stuck to the metal post attached to the net. Its tiny head had two bulbous eyes and sat on a slender, green body. The long, delicate legs looked like twigs, and the two front legs formed into pincers at the end. One of them clasped onto a brown grasshopper, which lay limp in the larger bug’s grasp.

“Next time pick on someone your own size,” Nate said to the praying mantis. The grasshopper dropped to the ground, landing upside down. Nate knelt on the grass, turning the grasshopper right side up. Worried it was injured, Nate nudged the insect. Its legs twitched, and the grasshopper jumped. It jumped again then flew away. Relieved, Nate picked up his soccer ball and ran back to the middle of the field.

“Sweet!” Nate pumped his fist in the air. He found his position on the field. The referee blew the whistle, starting the game. Nate sprinted toward the ball, kicked it, and dribbled down the field. Spotting his teammate Jack, Nate passed the ball to him and ran in front of the Bulldogs’ goal. Jack dribbled the ball and passed it to Nate, who kicked as hard as he could, shooting at the goal. The ball sailed through the air and landed in the goalie’s hands.

The Bulldog’s goalie kicked the ball back to the middle of the field where his teammate dribbled it toward the Timberwolves’ goal. Nate glanced at Joey, his team’s goalie. Joey wasn’t paying attention to the game. Instead, he was studying something on the goal post. It was the praying mantis.

“Joey, the ball!” Nate yelled across the field.

It was too late. By the time Joey realized the other team’s player was in front of the goal, the Bulldogs kicked the ball. Joey dove toward it, but the ball smacked him in the head, bounced off and landed in the net, scoring a point. Joey landed on the ground and didn’t get up. Nate ran to Joey where his coach and teammates joined him.

“Joey, are you okay?” Nate asked. Joey sat up, rubbing his head.

“You better sit out until we make sure you’re all right,” said their coach, helping Joey up. “Nate, take over as goalie.”

Nate’s eyes grew wide. He had never played goalie before. He was fast, and good at dribbling the ball, so he played the forward position.

“I’m not tall enough to play goalie,” Nate said. His stomach churned as he slipped the goalie jersey over his head and pulled on the padded, white goalie gloves. They looked like Mickey Mouse hands. He glanced at the goal post. The praying mantis still clung to it.

“You’ve caused a lot of trouble today,” Nate said to the bug as the referee’s whistle blew.

The game resumed, and Nate’s teammate Jack dribbled the ball down the field. One of the Bulldogs’ players stole it away, bringing the ball back down the field toward the Timberwolves’ goal. Nate’s muscles tightened. How was he supposed to defend such a big area? The goal box surrounded him, like he was standing at the opening of a giant cave.

The other player zigzagged toward Nate with the ball, paused then kicked it to one corner of the goal. Nate leapt in the air, his arms outstretched...