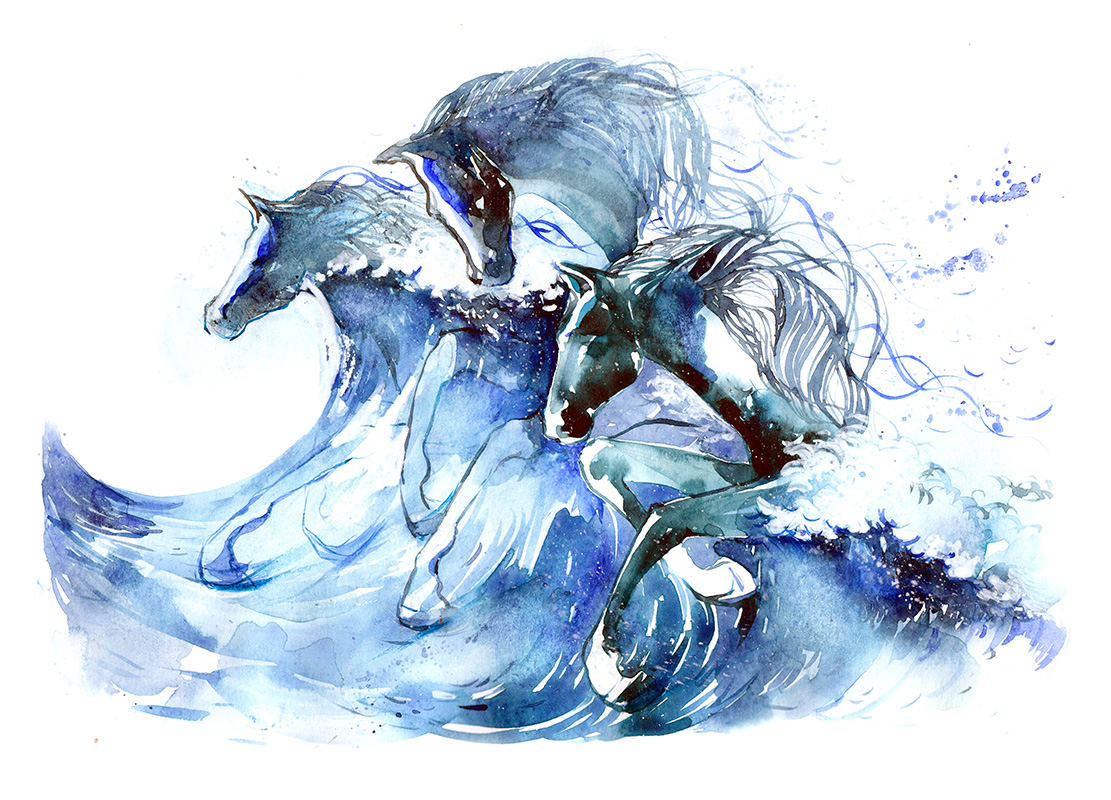 The piercing cry of the gulls made Amanda wince. She watched three of them hang in the air like a mobile, their white and gray bodies bobbed up and down on the gusty wind coming off the ocean.

As if it heard her thoughts, a cold finger of water rolled across the sand and trailed along her bare foot making her shiver. She smiled down at the foamy sneak as it crept back to where it came from. She’d never been to the ocean before and there was so much to see all at once. It was so vast and open and powerful that it frightened her at the same time it beckoned to her.

Amanda glanced at her mom, reclining on a towel laid out on the sand. Mom shaded her eyes with a hand and jutted her chin toward the ocean. “Put your toes in the water, Mandy.”

Amanda turned to the water, which tumbled up the sand as if asking her to play. She watched as it teased her by stopping just short of her feet before backtracking again. Her toes wriggled in anticipation. The toe prints left in the sand filled with tiny pools of water. Chasing the retreating tide, Amanda ran forward a couple steps and stopped, afraid to meet the water where it rolled back in on itself.

The rocking motion of the sea tipped in Amanda’s direction again, and a thin layer of white foam and water spread across the flattened tan colored sand and pooled around Amanda’s feet. She squealed in surprise at the shock of coldness. A seagull mimicked her cry.

As the water retreated, it pulled the top layer of sand into the ocean. Her feet were buried in a cold sandy paste. She wiggled just her big toes and watched the sand erupt and break away.

Freeing her feet, she ran along the water line, in and out of the ebb and flow of the tide. The salty taste on the air filled her nostrils. A fine spray coated the sun-warmed skin of her arms.

A rumbling noise shook the ground, and Amanda watched with wide eyes as a wave curled over itself and crashed into the sand. Almost instantly the water spread flat as if its mother told it to calm down. A wave crashed farther out to sea, feeding the spread of the tide and fueling it toward Amanda. Smaller waves rose up from the water just in front of her, like a little sister trying to copy a big brother’s reckless play.