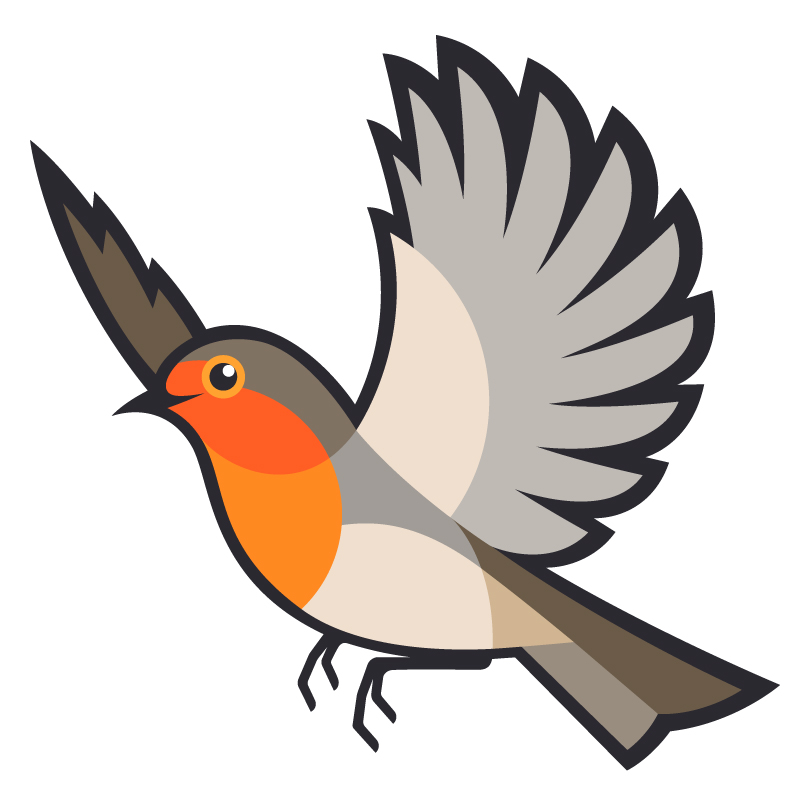 Two black and red streaks flashed past Ryan’s face. His hand jerked up and the silver corvette fell out of his pail. It hit the deck with a clang.  He gasped and wondered …what was that?

A black and grey, rust-breasted robin darted out of the doorway of the shed. It flew up over the yard.

Ryan looked at the shed doorway and waited for the other robin. Dad’s lawnmower roared, moving across the front lawn. Ryan waited and waited but the robin didn’t come out.

Ryan put his pail and shovel down on the deck and walked over to the shed. He peered inside and looked up at the long beams that crossed the shed under the roof.  A stellar jay had been up there once. It had flown out of the shed as soon as Ryan had stepped in. Maybe the robin would be up there too. He looked closely along the beams. The robin wasn’t there.

Ryan stepped inside. The shed was so crammed with bulky stuff--Mom and Dad’s stuff—he didn’t go in there much; too hard to move around. No room to play. He did like to go in there though when Dad had one of his three big, red tool boxes open. Ryan longed to be old enough to use the wrenches, drill, saws and other tools.

Where was the robin? He checked the tops of things; the wooden workbench, Mom’s furniture for the deck, the tall, silver tank with rust spots, a bunch of cardboard boxes.

He didn’t see the robin.

He looked under and behind things. The dust made him sneeze. He wiped his nose with the back of his hand and then looked behind the snow tires.

What was that? Scratch…scratch. There it was again. Ryan turned around and looked at a spot under the far end of the workbench. He tiptoed three steps, bent over and looked down. “There you are,” he whispered.

The robin hopped a few steps in one direction and then a few steps back. It stopped and looked around. Ryan edged closer, squatted down and placed his hands over the robin. Should he grab hold of the robin? No. He might hurt it. He might hurt himself. The shed was too jammed packed. He would have to think of something else. Maybe Mom would have an idea.

He went into the house, hurried through the kitchen and found Mom in his bedroom changing his bed. She was putting on the blue hockey sheets that Grandma had given him for his eighth birthday. His favourite.

“There’s a robin in the shed.”

“Yes. Two robins flew in there. One came right back out but the other one is on the floor under the workbench. What d’ ya think I should do? How can I get it out?”

“You don’t need to do anything, dear. Just go and play. Enjoy the sunny day. The robin will find its own way out.”

Ryan had a quick look in the shed to see if the robin was still there. It was. He picked up his shovel, pail and corvette and ran to the sandbox.

He filled his pail with sand and then dumped it into a pail. He was building mountain range for his cars to travel over. It would go right down the middle of the sandbox. The idea had come to him in bed last night. He’d been excited about it but it no loner seemed important. He kept thinking about the robin. Was it still in the shed? He made four more mountains and then decided to find out.

Ryan ran back to the deck. He tiptoed across it and stepped into the shed. The robin was perched in front of the side window, looking out. Ryan spoke to it softly and it turned its head towards him.

“Hi, little fellow. You can’t go out that way. You have to go out the way you came in, through the door, over there.” Ryan pointed to the doorway. The robin turned and looked out the window again.

“This way, robin. This way. You can get out this way. ” Ryan slowly moved toward the door but the robin didn’t follow.