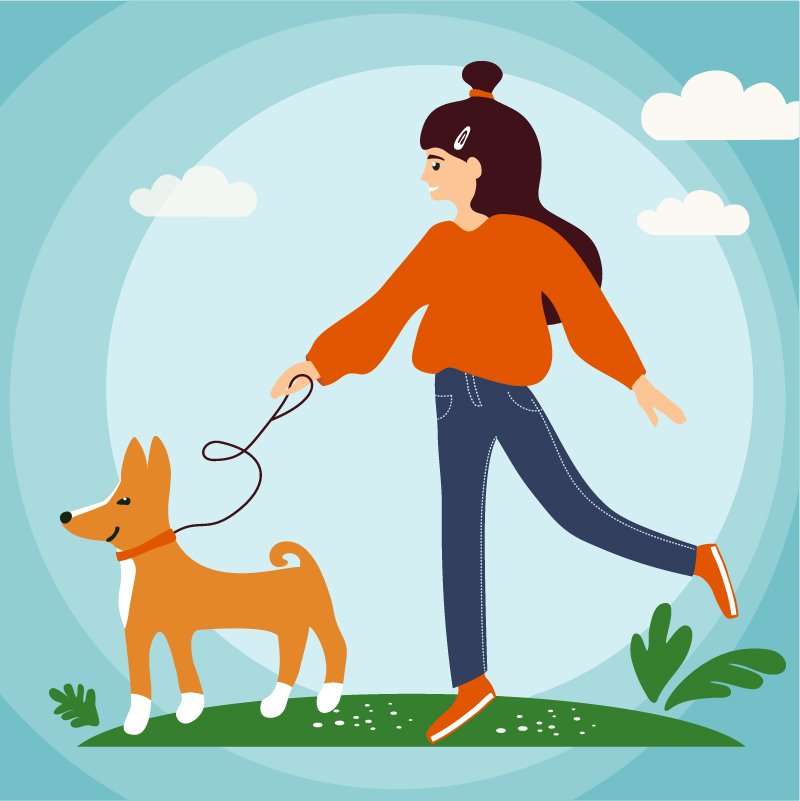 Sarah had wanted a puppy for as long as she could remember. Her best friend, Beth’s little dog, Lady, had three puppies and Sarah was sure she would die if she didn’t get to have one.

“Beth,” she said as she watched the puppies play. “I have two weeks until your mom starts selling them, right?”

“They’ll be eight weeks old by then,” Beth said chewing on her bottom lip, something she always did when she was worried. “How are you going to get the rest of the money in two weeks?”

“I need to talk to you about that,” Sarah said. “Mrs. Spencer needs someone to walk and take care of her dog while she’s visiting her sister.”

Beth’s eyes widened with horror. “You don’t mean Mrs. Spencer who lives on Grant Street and owns that monster?”

“His name is Kona,” Sarah said. “He’s a Rottweiler not a monster. We can handle him by being calm and assertive. That’s how you become pack leader.”

“Will you be calm and assertive before or after he drags you down the street?” Beth asked.

“I kind of let Mrs. Spencer and Mom think we would do it together,” Sarah said feeling a twinge of guilt.

Beth looked at her like she had just grown two heads. “Aren’t you forgetting; I leave for summer camp on Saturday?”

“I’ve seen that dog. Controlling that monster in one day – it’s not going to happen,” Beth said.

The next day, at Mrs. Spencer’s house, Sarah and Beth met Kona in the back yard.

“Are you sure about this?” Beth asked, chewing on her bottom lip.

“We can train him, just watch,” Sarah said. She had the dog leash in one hand and Cheerios in the other. She opened her hand and showed Kona the Cheerios.

“Cheerios?” Beth asked. “What kind of treat is that?”

“I read it on the internet,” Sarah said. “Cheerios are great for training a dog. They’re low in fat; heart healthy, cheep and dogs love them. Come Kona.”

He walked toward her, sniffing the air. Looking up expectantly at Sarah, he waited for his treat. “Sit,” she said. Kona sat. Sarah gave him a Cheerio. “Good boy,” she said petting his head.

She snapped the leash to his collar and tried to remember what she had read about leash training. The book said to walk when the leash is loose and stop when he pulls and to have lots of patience and be consistent. She shouldn’t touch him, speak to him, or even look at him until he stopped pulling.

“Okay, Kona, here goes.” Sarah took a few steps and Kona leaped forward, pulling on the leash; yanking her arm. Sarah and Beth both had to hold the leash to stop him. He finally calmed down and they tried again. Over and over they repeated the steps.

“Sarah, this is hopeless,” Beth said. “We’ve been here for hours. We haven’t made much progress.”

“I’m not so sure of that,” Beth said chewing on her bottom lip.  “I need to go home and pack for camp.”

“I’m going to stay and work with Kona a little more,” Sarah said. “You go ahead.”

Beth stopped at the gate. “Camp won’t be the same without you.”

“You have fun at camp for the both of us,” Sarah said. She looked at Kona and smiled. “And stop chewing your lip, Kona and I will be fine.”

The next morning, after saying goodbye to Beth, Sarah went to Mrs. Spencer’s…armed with a bag of Cheerios. Kona seemed happy to see her or maybe it was the bag of Cheerios. Either way, it added to her confidence. She spent an hour in the yard working with him and his behavior was improving. He wasn’t pulling nearly so hard or as often as the day before. They practiced for a little longer and then Sarah decided it was time to go outside the fence.

For the first block, Kona walked beside her, but something caught his attention and he bounded forward...