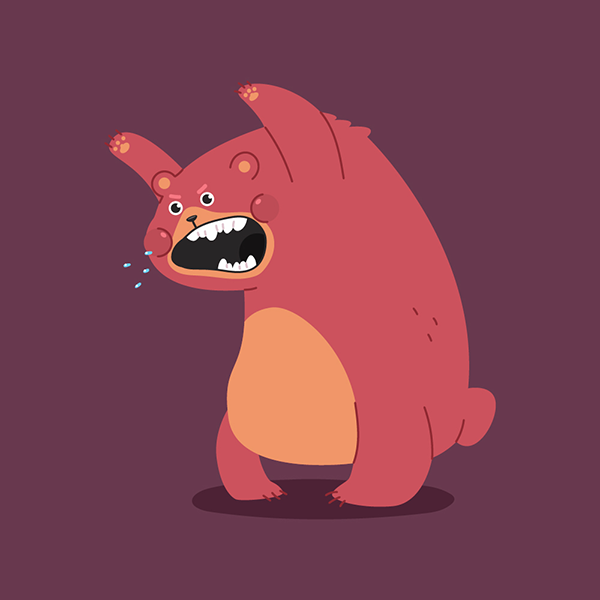 Jeremy and his parents were visiting his grandparents at their new cabin. It was built in the middle of the woods near a small pond stocked with fish.

“Jeremy, guess what I’ve seen several times by our mailbox at the end of the dirt road?”

“Bear tracks! I had my neighbor, the game warden, check them out. He said it was a large black bear and I’ve named him Mr. Bear Claw.”

“I want you to be very careful during your visit. Don’t ever go off alone,” Grandpa warned. “I’ve kept a photo album as we built this cabin. It has pictures of all the wildlife I’ve ever seen here. I want one of that bear. I take my camera with me everywhere I go.”

The next morning, Grandma said she needed blackberries for a pie.

“Come on, Jeremy, we’ll walk to the little store along the highway,” Grandpa said as he grabbed his camera. There was a short road from the cabin, a long one to their mailbox, and then the highway. As they were returning with a big bucket of juicy blackberries Grandpa chuckled. “Mr. Bear Claw would love to get his paws in this bucket.”

Very early the next morning before anyone was up, Jeremy took handfuls of berries, wrapped them in a paper towel, and put them in his coat pocket. He ran to the mailbox and placed a large pile of berries on an old log. His heart was pounding, and he felt as though something was watching him. Jeremy ran as fast as he could back to the cabin, up the stairs, and plopped into bed.

Later that morning Grandpa grabbed his camera and yelled, “Jeremy, time for the mail!” As they came to the turn in the dirt road where the mailbox became visible, they saw a blur of black fur running into the trees.

“Jeremy, did you see that? We just missed a bear! Oh, if we’d been here minutes earlier,” Grandpa said sadly.

Jeremy ran to the log; the berries were gone.

The next morning at the crack of dawn, Jeremy managed to sneak down the road again, a few remaining berries in his pocket. He added an old apple he found alongside the road and put them on the log again. When they went for the mail, everything was gone...