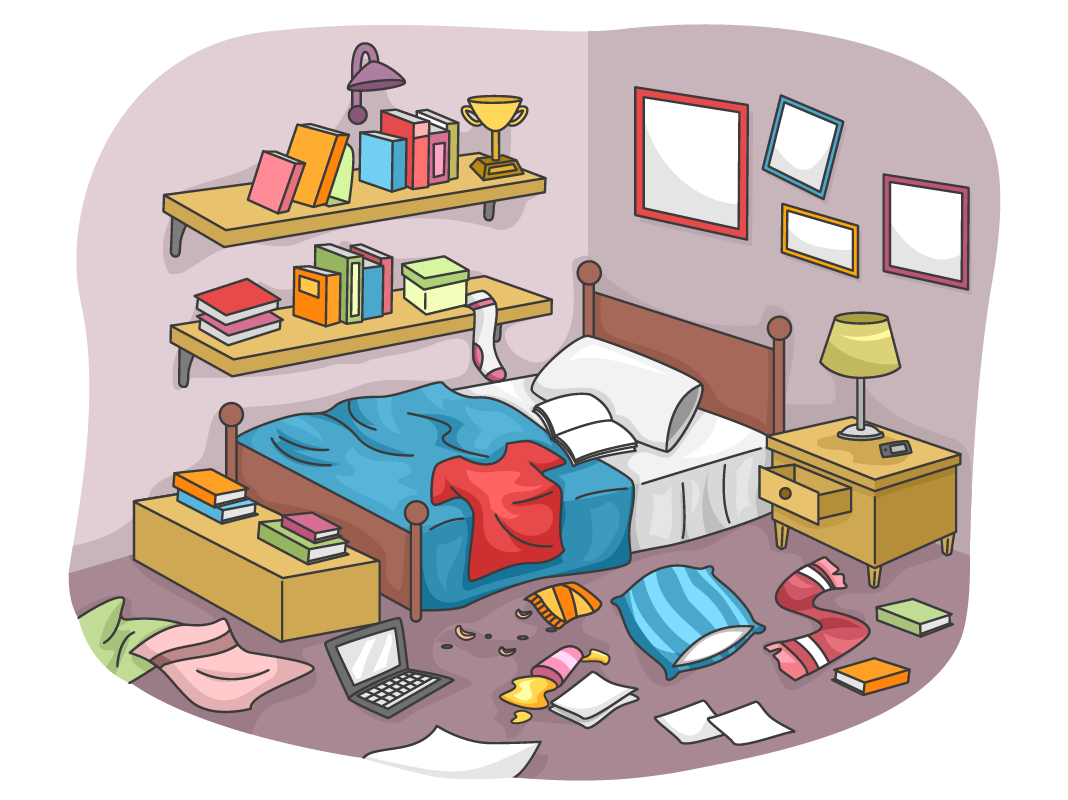 Joe stared at his list of jobs. He had a busy schedule planned for the next few years. He had written his list in a small notepad so that he could hide it under his mattress and keep it away from the prying eyes of Mum and Dad. Picking up his pen, he crossed off the first item on his list and wrote DONE next to it. One thing done, three to go. His list read like this:

Now, with a nice empty Saturday stretching ahead of him, Joe opened Hammy’s cage and reached in to start on number two in his list. It was training day. A fat ball of fluff waddled toward him and stared up with lizard eyes then shot a long lizard tongue out to lick his finger.

“Tidy your room,” Mum bellowed up the stairs. Hammy’s tongue zipped back into his mouth and he waddled back into the toilet tube house that he slept in. Joe sighed and closed the cage. The Mum Monster was on the loose. Didn’t she know it was the weekend? Mums just didn’t understand how difficult it was to keep your room tidy when you had so much to do and so many responsibilities. Joe heard Mum stomping upstairs.

“Tidy your room,” Mum said, appearing at Joe’s bedroom door.”Straighten those bed covers. It is like a rubbish dump in here, Joe.” Mum had her hands on her hips in a typical Mum Monster way.

“But I can’t, Mum,” said Joe. “If I straighten my bed covers I will ruin the Bed Dragon’s cave.”

Mum folded her arms. She looked less than impressed. “Don’t be ridiculous, Joe. There is no such thing as a Bed Dragon. Now tidy your room.”

From the depths of Joe’s squishy bed covers one fiery, furious Bed Dragon let out a roar. A small cloud of smoke floated past Joe’s nose. He resisted the urge to grab one of his empty jam jars from his drawer to capture the puff of smoke for future secret  potions. Mum definitely would not be impressed if she realized he had tipped her new gooseberry jam down the toilet so he could have yet another empty jar. Mum did not see the Bed Dragon peering out at her. She did not see the small cloud of smoke.

“Pick those clothes up off your floor, Joe,” said Mum. “Those had better not be the clean clothes I gave you yesterday. I had only just ironed those.”

“But I can’t, Mum,” said Joe. “If I pick up my clothes then the Floor Elves will have nowhere to live.”