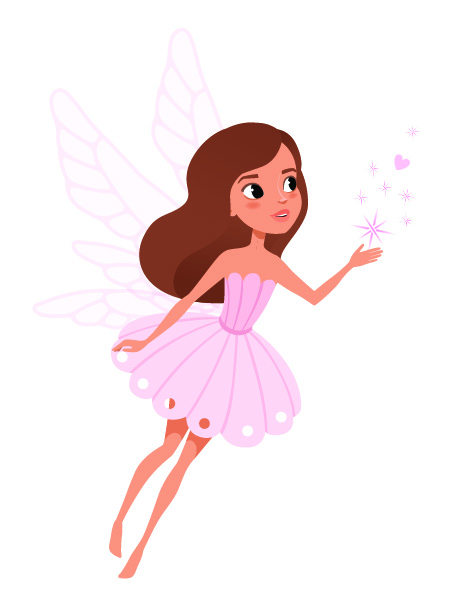 The bluebells waved in the wind, and Jenny sighed. It was such a beautiful summer day but she couldn’t enjoy it. Not while her brother bashed around town with his new horse and riding gear. He’d just been chosen to go to knight training because he’d slain a giant.

The bluebells kept swishing in the gusts of wind, and Jenny was envious they had nothing to worry about like older brothers. She rolled onto her back and looked up at the clouds. If it was night, she would have made a wish on a star, but as it was bright daylight, she’d have to make do with a cloud.

The largest one floating over her had huge billows of what looked like a large woman’s skirt. If she was going to make a wish, that would be the cloud to do it on.

“Dear Cloud,” she started, “I wish I could be an adventurer and have people ooh and aaah when I came home. And I wish they would give me a parade like I was really important.” She hadn’t really thought out the details of her wish, just opened her mouth and it jumped out.

But then, the oddest thing happened. Instead of floating away like a normal cloud would, it got bigger… and lower. Then, she couldn’t believe how it was possible, but it began to turn pink and sparkly. The cloud changed its shape as it got lower, first puffing out its lower end so it looked even more like a billowy skirt, and then narrowing three upper bits to form arms and a round head.

Lower and lower it drifted, until Jenny was sure it would land on top of her. Then, in an explosion of pink smoke and sparkles, it disappeared and was replaced with a very large, very pink fairy.

The fairy coughed and brushed sparkles off her dress. “Oh, I DO beg your pardon,” she said to Jenny in a high voice, “I’m still getting used to my cloud entry.” She looked hard at Jenny. “It was YOU, was it not, who just wished on my cloud?”

Jenny found it hard to close her mouth, which had been gaping open like a carp. She nodded.

“Well then,” said the fairy, “I’m your assigned fairy godmother. I’m here to grant your wish!” She pulled out a scroll of parchment from the folds of pink fabric of her skirt. “Here’s the list of requirements…Adventurer. Easy. You want adventure, then you can tick this as your first one—meeting a fairy is pretty adventurous.”

“It is?” squeaked Jenny. She was only now finding her voice again.

“Yes. It is. But I can send you on a quest if it would make it more authentic for you.” She eyed Jenny closely again. “It was YOU, was it not, who made a wish? Ah, never mind, you’re here now and I’m here now, so it might as well have been you.”

Jenny wasn’t sure what the fairy was talking about. It was hard to take something so pink and fluffy seriously, but the fairy had a look in her eye that said ‘don’t mess with me,’ so Jenny decided not to push it.

“Requirement two,” the fairy continued, “is simple—you want people to oooh and aaah at you. Any fool can have that happen, look at your brother for example. All HE did was camp outside the city in the tin can he called armour and made up a story about defeating a giant.”

Suddenly, Jenny’s ears perked up. So, her brother hadn’t really done anything special at all!

“But let’s make your adventure be a good one and people can ooh and ahhh with gusto. Requirement three…a parade in your honor. It’s all just one wish isn’t it? With the right adventure we can have the parade and have people ooh and aaah at the same time.”

The fairy snapped her fingers and the list disappeared in a whiff of smoke. “What sort of adventure would you like?”

It hadn’t occurred to Jenny what she’d do to earn the title of ‘adventurer,’ she’d just wanted the fame. But then a small voice inside her head chirruped and she found herself saying, “I’d really like to discover something.” She didn’t want to kill anything—especially a dragon or a giant. She just didn’t think it was very fair to them.

The big pink fairy nodded. “Yes, discoveries are nice—not too messy.” She wrinkled up her nose as if she was imagining a messy slain monster. “Something useful… how about something that tastes nice?”

“Well then,” the fairy said as she waved a wand that had suddenly appeared in her hand, and Jenny was instantly dressed in a tunic and leather trousers. “You can start out on foot. I’m no good with horses.” She waved her hand again and a travel bag appeared, slung over Jenny’s shoulder. It was heavy and filled with supplies.

“Off you go.” With a bang and a flash, the fairy disappeared in a puff of smoke and sparkle...