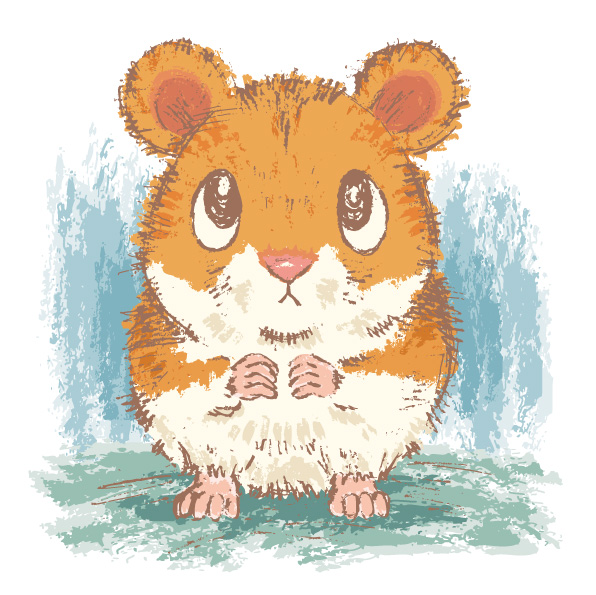 “Boys, we need to know,” said Mrs. Evans, the principal.

I could tell she meant it.

“It was more like, a series of events,” I said.

“No,” Frankie said, but he was being nice.

“It all started when the bus was late and Gibby brought Herman, his hamster, outside to show the Parker girls,” I explained.

“Then I locked myself out of my house,” Gibby said.

“And the bus arrived,” Frankie explained. “So, of course, Herman had to come with us.”

“He snuck Herman in his book bag. We figured he could stay there all day,” I said.

“What else could I do?” Gibby asked.

“On the way, Herman chewed a hole in his book bag,” Frankie said. “So that was a problem.”

“We figured he was hungry,” Gibby said, “and Jon gave him some of his peanut butter and jelly sandwich. He gobbled it right up.”

“So we got to school late and rushed into class. Mrs. Poindexter was annoyed at us already, but Gibby realized...” I looked at him.

“Apparently peanut butter and jelly gives a hamster a pretty bad tummy ache,” Gibby said. “I had to take Herman to the bathroom immediately.” He wrinkled his nose. “It was bad.”

“But just as he flushed,” I continued, “Gibby dropped Herman into the toilet.”

“Gibby started screaming. Of course, Mrs. Poindexter didn’t know about Herman, so we ran into the bathroom to check on him.”

“Gibby’s arm was stuck in the toilet,” Frankie said. “All the way at his elbow—he couldn’t move, and he wouldn’t stop yelling."

“So I called Mrs. Poindexter,” I said. “And Gibby just kept screaming about Herman. Finally, we understood that he still had a hold of Herman.”

“But he couldn’t pull him out because his arm was stuck,” I said. “So I got the boys to start pulling.”

“But Gibby was afraid Herman would drown, and they couldn’t get his arm out fast enough, so with his other hand, he fiddled with the screws on the toilet,” Frankie said.

“Mrs. Poindexter didn’t understand, and we were all too scared to tell her.”

“Gibby was screaming, water squirted everywhere, the Parker girls cried about Herman, and that was when it happened,” Frankie said.

“What? When what happened?”  Mrs. Evans asked.

Frankie, Gibby, and I looked at each other. “She fainted,” we all said together.

“Sarah ran for help, but I guess she was screaming like crazy because the hall monitor took her straight to the time out room. Only we didn’t know that until later. We thought help was coming.”

“Since water was spraying everywhere, James thought the fainted Mrs. Poindexter might drown, so he pulled her out of the bathroom, even though there were tons of kids in the way,” I said.

“Except someone accidentally stood on her dress,” Frankie said. “And part of it tore off.”

“Yes, right around her knees,” he said. "Her dress turned into a miniskirt."

“We went back into the bathroom where the boys pulled on Gibby. We tried to get the water to stop spraying and calm down the crying Parker girls.”

“After a sip of coffee, Mrs. Poindexter said, ‘Where’s the bottom of my skirt?’ We were kind of afraid to tell her, but James brought it to her. Sheila got the stapler."

“So James tried to staple Mrs. Poindexter’s skirt back on, and suddenly, Gibby’s arm popped free. He flew across the bathroom and into the classroom. He landed on the floor, and his arm was all red,” Frankie said...