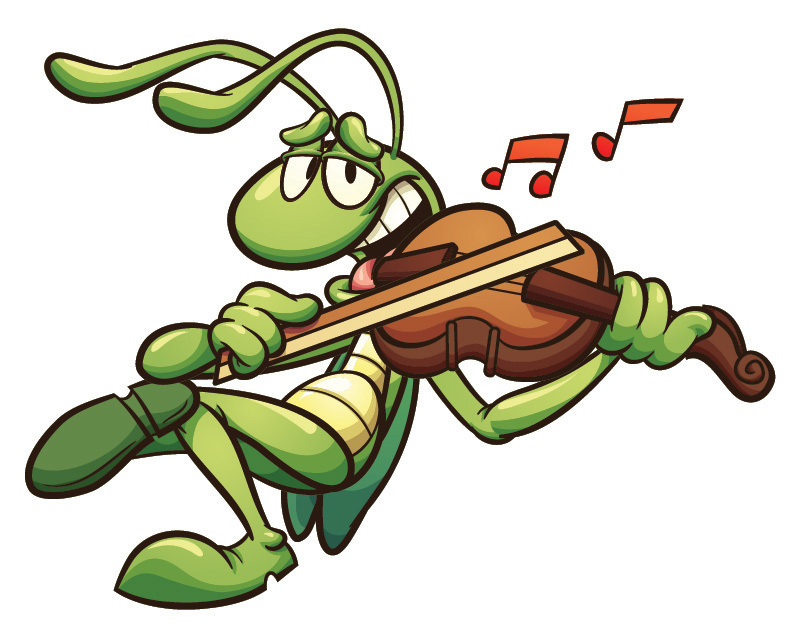 The Grasshoppers Who Learned to Sing

It was a beautiful sunny day, and the garden at Tickle Belly Alley Cottage was in full bloom. The tall hollyhocks dipped their heads to the blue lupines. Shy violets peeped out from under the hedgerow and bright red poppies nodded lazily in the breeze. Over by the bright purple lavender many bees worked hard, whilst in the trees the blackbirds sang out to each other and tiny Jenny Wrens flew from branch to branch in search of small insects to feed to their chicks. It was a magical place, and it was looked after by a very magical person, a beautiful fairy known by the name Cupcake Sally. She lived behind the tallest hollyhocks at the bottom of the garden, and when she cast her fairy dust the best magic could happen.

Christine sat in her old wicker chair by the bright green back door as she waited for her visitors. At her feet, Thomasina the cat snoozed in the warm sun.

Christine smiled. She knew this could only mean one thing—an adventure was about to start.

“Wake up, Thomasina. The children will be here in a moment,” she said, but Thomasina was too busy dreaming about milk and mice. Christine stood up and waited patiently.

The garden gate swung open and Ella, Polly, and Lucas ran into the garden. Christine met them by the vegetable patch.

Lucas lifted a leaf. “Look!” he shouted. “A caterpillar!”

The caterpillar was big, fat and green and munched on his leaf without taking a bit of notice of Lucas who had leaned in to see if the caterpillar had teeth.

“Come and see what I have found,” called Christine. “Over there! Do you see?” She pointed to something in the tall grasses.

At first it was really difficult to see anything at all, just long bobbing grass, and then Polly squealed as something hopped off. It was a grasshopper. He was soon out of sight.

"Can we be grasshoppers too?" asked Ella.

"Of course," said Christine, and she smiled. "Let's call out for some help. Ready? One…two…three…"

Cupcake Sally flitted out from behind the sweet peas. Her silvery wings glistened in the bright sunlight as she flew from Ella to Polly to Lucas. She touched each of them with her wand, which showered them in golden fairy dust.

The children shrank down into the tall grasses.

“Where are we?” Lucas whispered as he looked around him...