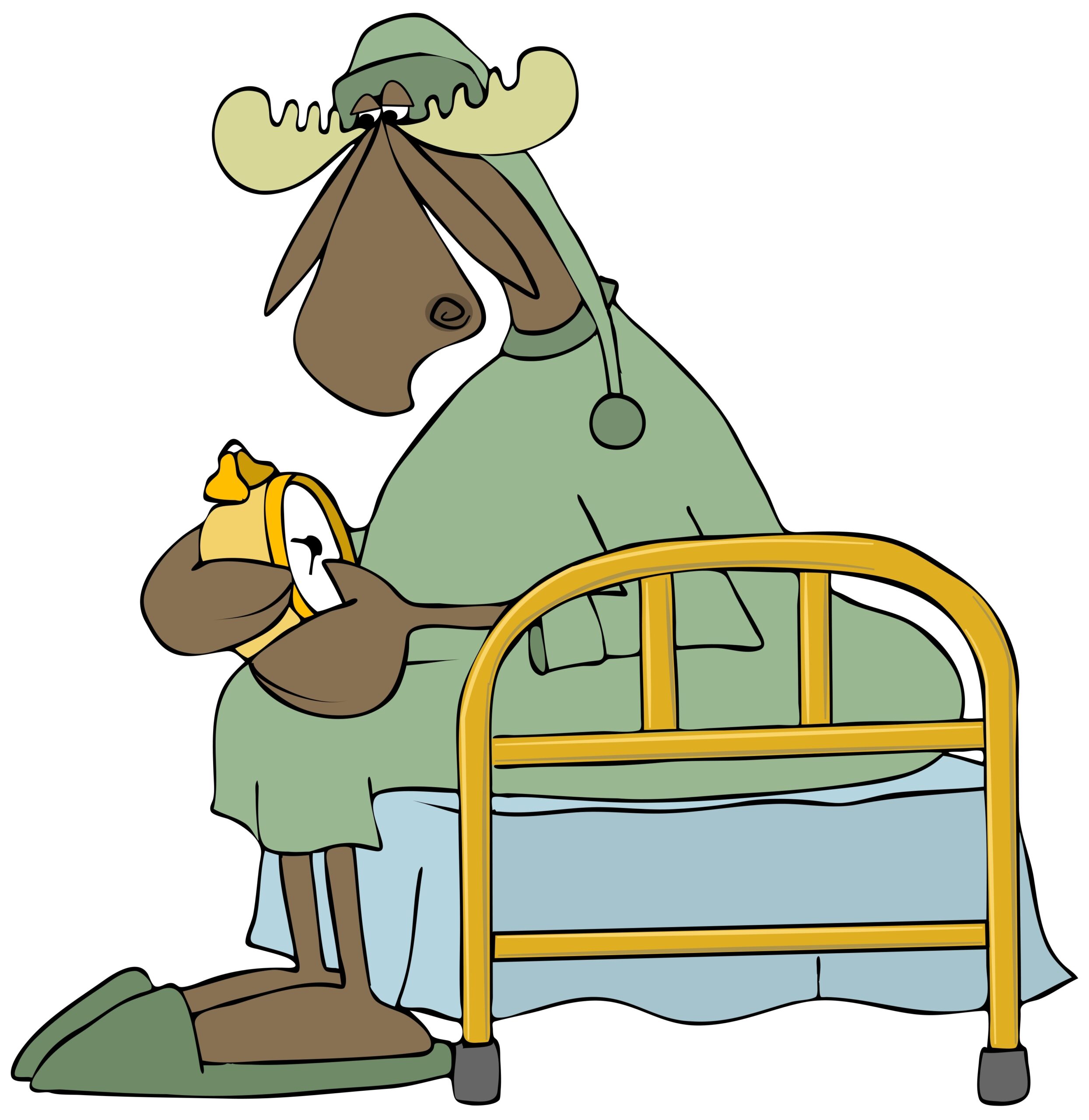 Too Many Gramma’s Jammas

Gramma Moose began to tidy up. Since opening her sewing business for the forest animals, she was always very busy.

She heard a loud rap at the door.

The door flew open and in came Rachael Raccoon.

"Pajamas," Rachael gasped. "I need a pair of Gramma’s-Jammas, fast!"

Rachael gasped, "I need them tomorrow for the annual gift exchange."

The annual gift exchange was the most anticipated event of the year. All the animals drew names from the hollow stump.  Then everyone met under the giant oak tree late on Christmas Eve to give each other gifts.

"Well...I suppose I could whip up just one pair of pajamas," Gramma Moose replied.

"What type of fabric would you like?" Gramma asked as she rummaged through a big box.

"The glow in the dark acorns one would be great," Rachael decided. "After all, they’re for Sammy the Squirrel."

Gramma Moose immediately set to work. She was just finishing the sleeve when a resounding thud shook her sewing machine. It was the front door again.

"Come in," she called out. A large deer with heavy antlers worked his way in.

Derry pleaded. "I need a gift for tomorrow night and I haven’t been able to find anything. I know you make the most wonderful pajamas.  Could you make a pair for me to give to Fred Fox?"

"Thank you, oh, thank you!" His antlers almost poked the ceiling when he jumped with joy.

Gramma worked even harder and had just finished Sammy Squirrel’s PJs when she heard loud sniffing, followed by the sound of a giant paw hitting the porch. She knew of only one animal that announced it’s presence that way.

"Come in Barow," she sang out cheerfully.

In bumbled the biggest black bear in the forest.

"Gramma," he began, "I have tried to find the right gift for Reggie-Rabbit, but have failed miserably. Can you help me?"

"How about a nice wreath of berries?" she suggested.

"You what?" Gramma asked.

"I ate them.  Now all that’s left it a bunch of twigs.”  He looked up with hopeful eyes.

"You want a pair of pajamas, don’t you?"