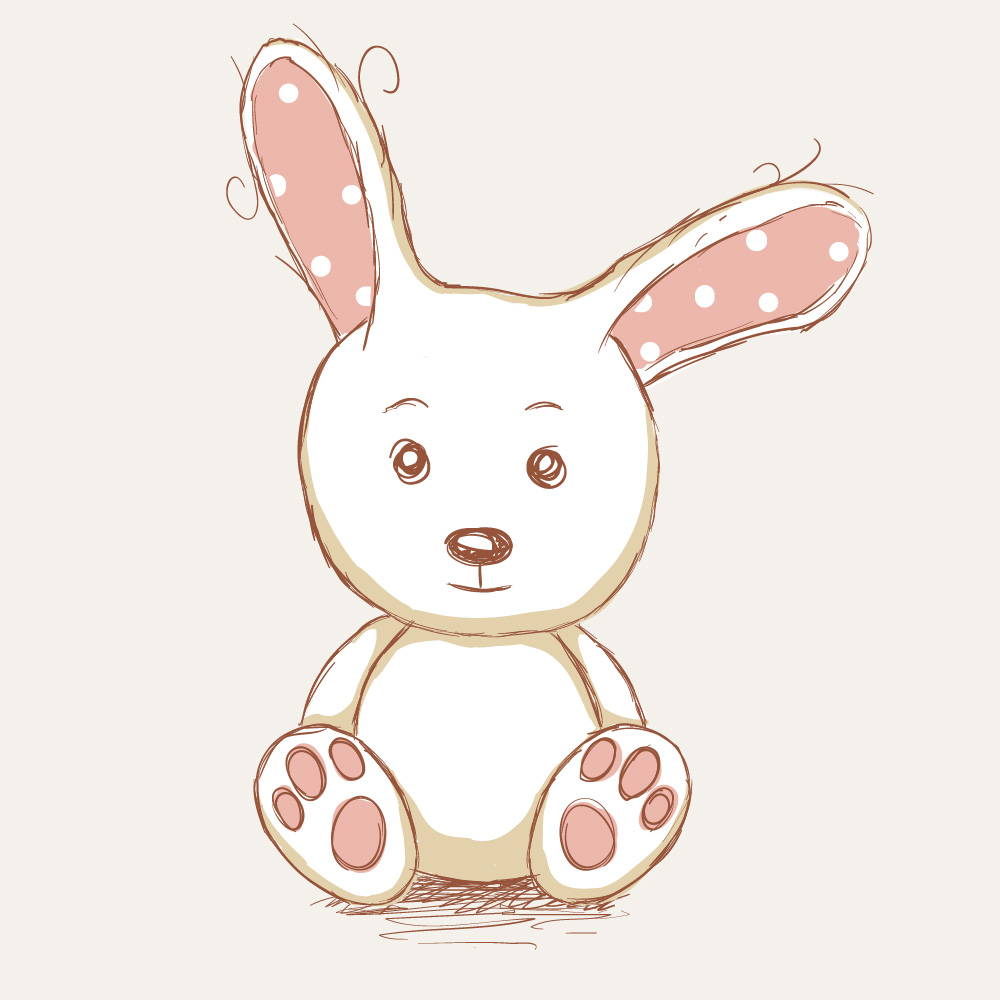 “Goodnight, Robbie,” said Robbie’s mom as she kissed him goodnight.

“No more stories, Rob. Two stories and then goodnight, that was our deal,” said Mommy. “Sweet dreams,” she called and left the room.

Robbie cuddled underneath his favorite blanket. He rubbed the soft, satiny edge across his cheek.  He rolled over to face the shelf where his stuffed animals sat.

All was quiet in his room. The only sound Rob could hear was the sound of his mother working on the computer… tap, tap, tap, tap. He closed his eyes and tried to sleep.

Just then a voice called out, “I can’t sleep.”

Robbie opened his eyes and looked at his animals. “Who said that?” he asked.

Robbie jumped out of bed. “I’ll tell Mommy.” He rushed to the door and called out, “Mommy!  Bunny can’t sleep! He’s not tired.”

“You’ll be tired tomorrow if you don’t get some sleep, Robbie,” answered Mommy.