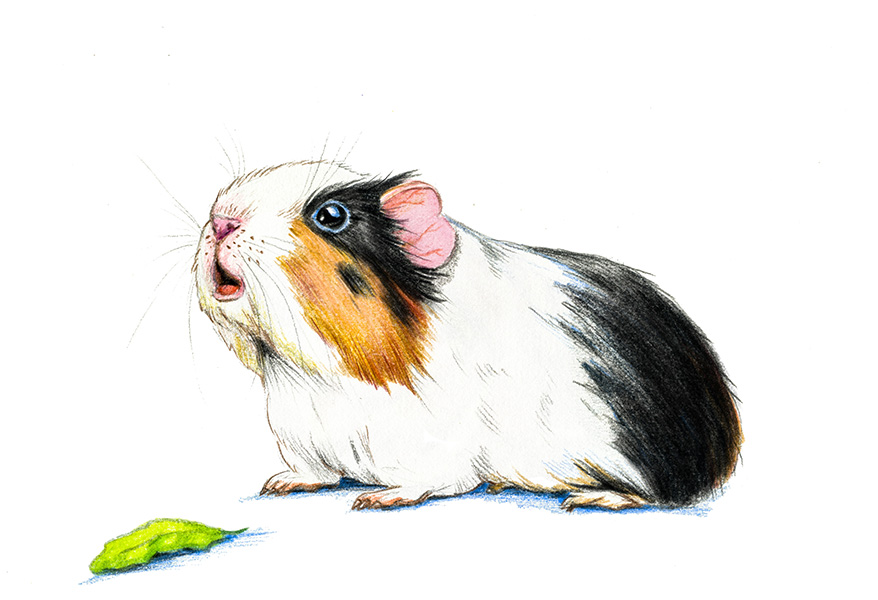 Emily leaped out of bed. She didn’t want to waste a minute of her special day. Her seventh birthday. The day she was going to pick up her new pet.

“I’ve got a surprise for you,” Mom said after breakfast. “We’re going out today.”

“It wouldn’t be a surprise if I told you.”

Emily smiled as she thought of all the places they could go.

At first she thought they must be going to the pet shop. They drove past.

Then she thought they must be going to the toyshop. They drove past.

Then she thought they must be going to the cinema. They drove past.

Perhaps they were going to her favourite restaurant. They drove past.

They drove so far that Emily didn’t know where she was any more.

“Are we nearly there?” she asked.

Emily closed her eyes. Before long she was asleep.

She awoke to the smell of straw and candy floss.

“Where are we?” she asked, rubbing the sleep out of her eyes.

They walked under the big arched gate with the word ‘Zoo’ written over it.

The first thing Emily saw was a giraffe reaching up into the trees.

Then she saw an elephant.

Neither of them would make good pets. They were too big.

The next thing she saw was the lions lying down on a giant rock. They wouldn’t make good pets. They were too fierce.

She walked across to the sea lions. They wouldn’t make good pets. They needed too much water.

She wandered across to where a crowd of people laughed and pointed as they watched the chimpanzees. They wouldn’t make good pets. They needed lots of space and trees.

They walked through a door into a room with tanks along the long walls. It was very hot and quite dark. Emily took hold of Mom’s hand. They walked towards the first tank. At first all Emily saw was a large tree stump. She looked closely. Then she saw the snake wrapped around the wood. She gripped Mom’s hand firmly. They wouldn’t make good pets. She was scared of them.

Emily and Mom went back outside. They walked towards a corner of the zoo that was less crowded. There was a high wall with a gate in it.

Emily thought there couldn’t be anything scarier than the snakes.

They went through the gate and suddenly there were animals everywhere. There were hens, ducks, geese, cows, sheep, pigs and horses. They were all walking around.

Can we touch them?” Emily asked...