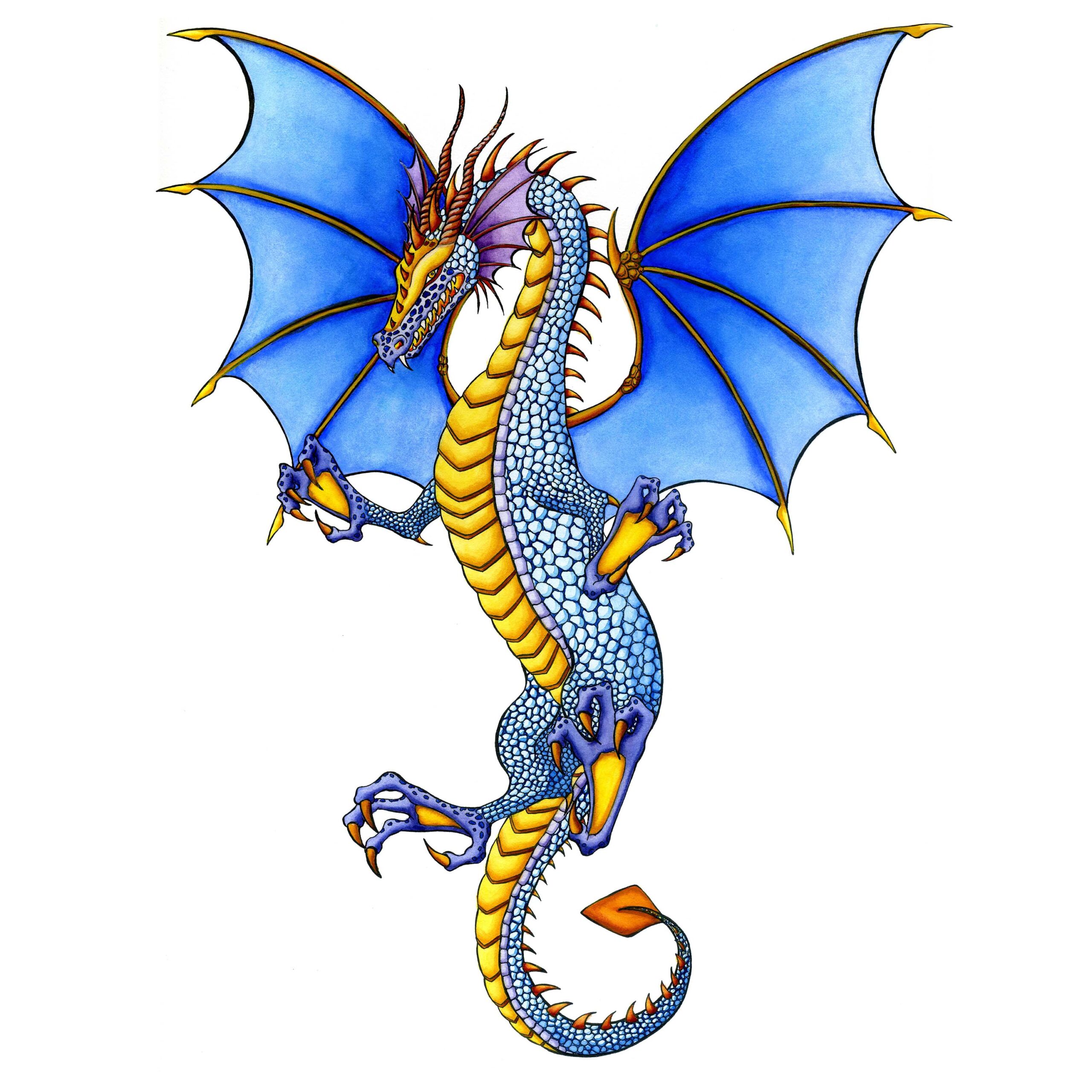 There’s a Dragon in the Library

Wilhemina Higgins’ long braids bounced as she ran down the narrow tunnel the bookshelves made in the Westlake Public Library. Her untied shoelaces slapped against well-worn sneakers. Past the Js, Ks, and Ls she flew, slowing only slightly as she rounded the corner.

Her heart thumped when she spied the dragon waiting at the end of the row of shelves. She screeched to a sudden stop.

At first it was silent then the monster snorted a little, lifted its huge head, took a gigantic breath inward and fell silent again.

Wilhemina swallowed and took one step back. Before she could turn and retrace her path, the enormous dragon reared back on its hind legs, threw its massive head backward, and breathed out with a whoosh! Smoke curled from its nostrils, and flames poured forth from the great mouth. The dragon clawed the air and flapped magnificent wings. The green and purple scales that covered the beast from head to toe gleamed under the library lights. Its amber eyes glinted like cut crystal.

“Wilhemina Higgins!” the dragon shouted. “How many times have you been told there is no running in the library?”

“Do you mean today, Miss Philpot?” Wilhemina looked right into the dragon’s eyes. “Or did you mean all week?”

“You know the rules,” the librarian said. “Why do you come here, if not to read?” Miss Philpot breathed heavily, as she opened and closed her claws.

Wilhemina feared she might start snorting and breathing fire again at any minute, but her voice was as firm as Miss Philpot’s. “My mother doesn’t get home from work until 5 o’clock. She says the library is a safe place for me to stay after school.”

The dragon pulled her sweater close around her shoulders. “If you cannot follow the rules, you must go outside.”

“It’s cold as a bowl of ice cream out there, and it’s going to rain, too.” Wilhemina answered.

“Then go sit on the steps.”

“The steps are hard as rocks.”

“You could stay at school,” Miss Philpot answered, barely moving her lips as she spoke.

“There’s no one there,” Wilhemina answered back in the same way, lips scarcely moving.

“Then you must study.”  Miss Philpot’s eyes flashed, and her hands turned claw-like once more.

“I’ve studied all day,” Wilhemina told her. She folded her arms and spread her feet apart, ready for battle.

The dragon hissed and narrowed its eyes...