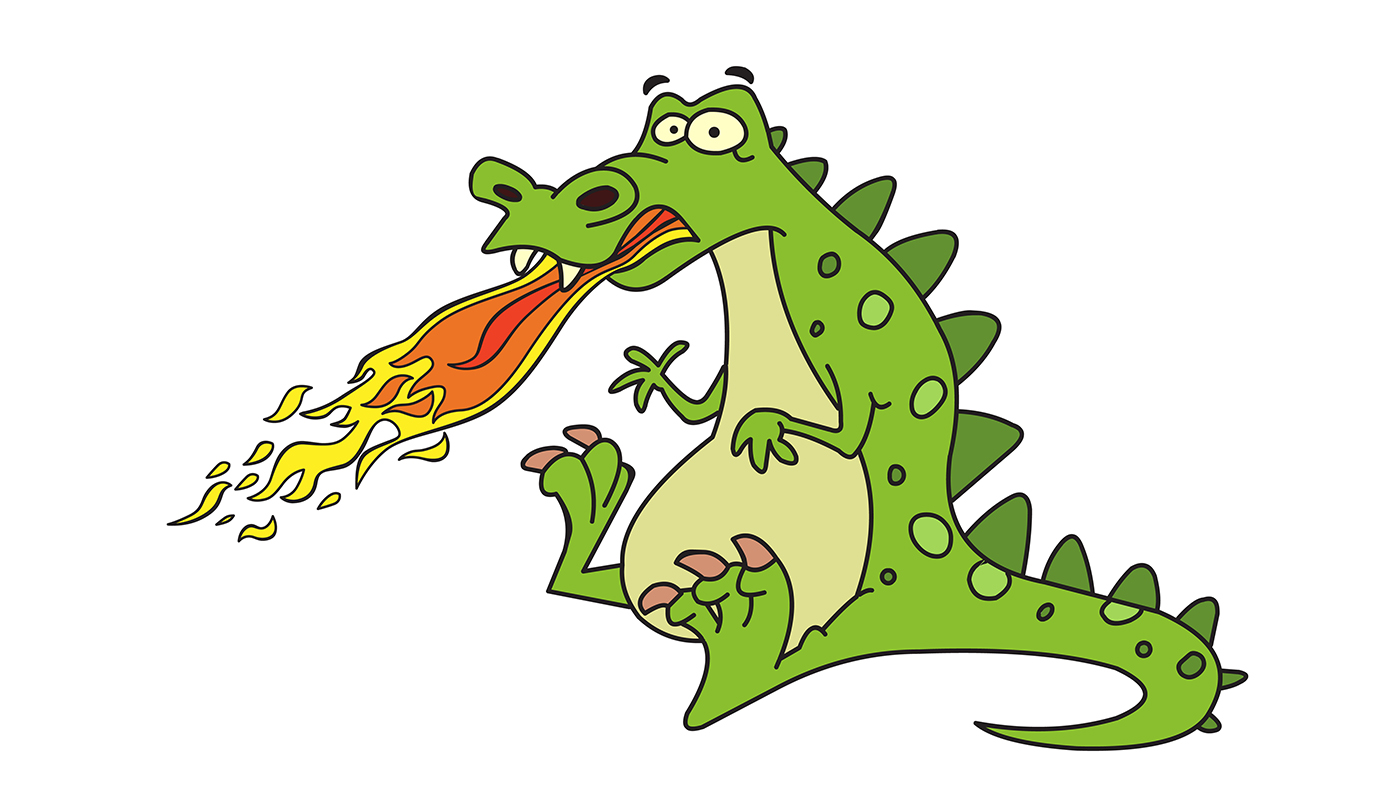 Danny Dragon and the Lost Laugh

Danny the dragon was sad. Today was his best friend’s birthday party and he couldn’t go. He’d been asked, but he had to say no. He couldn’t risk another accident like last time. His face burned when he thought of it. He was about to light the candles on the cake when someone made him laugh. Flames shot out of his mouth and the cake was burnt to a cinder. Everyone said it was an accident that could happen to anyone, but Danny knew it wasn’t. He just couldn’t control his fire. He would have to stay away from parties until he was older. He would have to stop laughing until he was older.

Danny sighed. Why couldn’t his friend take no for an answer? “Tell him I’m ill.”

Pete walked in. “There’s nothing wrong with you that a good party won’t put right.”

Pete gave him a stubborn look. “If you don’t go then I don’t.”

“I can’t stop long.” Danny wanted to get away before there was any mention of cake.

Pete waited for Danny to put on his best waistcoat then they set off back to his house. “Do you want to hear a good joke?”

“No.” Danny knew how funny his friend’s jokes were. He didn’t want to laugh.

There were lots of balloons and streamers tied to Pete’s front door. Danny smiled as his friend tried to battle his way through.

The party had already started. Pete’s mum had organized a puppet show. There was a striped booth in one corner and everyone was looking at it as Pete and Danny walked in. It was a puppet show about a circus. The clown puppet kept falling off his unicycle and getting mad. He jumped up and down on the unicycle. He threw things at it. Everyone laughed. Everyone except Danny.

The man who had worked the puppets came out of his booth. He was dressed as a clown too. His face had a great big smile painted on. He nearly fell over his enormous boots. He walked over to Pete’s sister and held out a large flower pinned to his jacket. She moved in to smell it. The clown waited until she was near then pressed a button. Pete’s sister got soaked as the flower squirted water at her. Everyone laughed. Everyone except Danny.

The clown looked around the room. He walked over to another of Danny’s friends. He looked in the boy’s ear then pulled a coin out of it. As if that wasn’t enough he pulled out a large handkerchief. He opened it up, showing a tiny mouse inside. Some of the girls backed off a little but everyone laughed. Everyone except Danny.

The clown looked across at Danny. He crossed his eyes and stuck out his tongue. He was desperate to make Danny laugh...