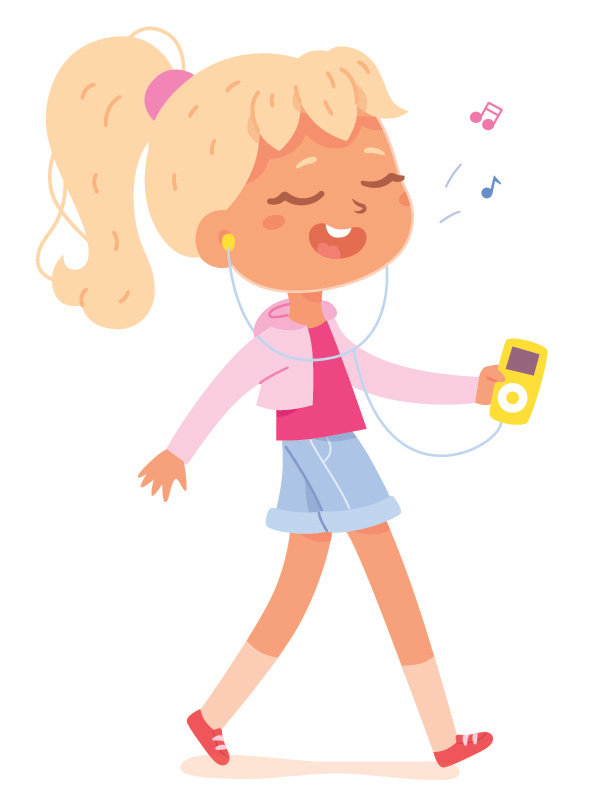 “Sing? I can’t sing! What… this… I won’t… there’s no way! Sing? I can’t!” Ella threw her arms in the air, waving them about as if she were trying to swat an imaginary bee. Then she clasped her hands together and hurriedly paced back and forth across the cabin’s rough wooden floor. Finally, Ella collapsed onto her bed, buried her face in her pillow, and wished she could simply disappear.

“Be cool, Ella. It’s all good, feel no worries!” Her friend Marley tried to be comforting with her calm, easy-going voice.

The girls were on Ella’s bunk bed in Mack-Mack cabin at Mackersnacker Summer Camp. It was the end of their two weeks of fun and the big Mack-Snack Skills Attack talent show was to take place that evening. It featured twelve campers who had qualified to perform based on how many points they’d earned in each skill learned during camp. Ella and the other eleven show participants had been announced earlier that morning during a special all-camp breakfast. During the ceremony, they’d each stepped up to the ancient “Snacker Barrel” and pulled out a random ping pong ball. Written on the ball was the name of the skill they’d demonstrate during the show. When it was Ella’s turn to choose her fate, she’d picked out what might as well have been a live wiggling snake.  Her ping pong ball had one terrifying word on it—SINGING.

“Any of the other skills and I’d rock!” Ella said. “I must have scored the least points in singing. I could be demonstrating way cool things like how to make bead necklaces or paint art rocks. But NOOOOO, I have to stand on the stage all alone like a loser and sing a boring old song.”

“It doesn’t have to be boring. It could be the most rockin’ night ever!” Marley said.

Ella knew her friend was only trying to help but what did SHE know? She didn’t have to sing, even though she was awesome at it. Ella knew Marley could definitely have been one of the top camp performers if she’d have tried. Instead, Marley had cruised through the weeks by turning each of the skills they had learned into quirky, weird art performances. There was never any doubt, though, Marley was very talented at everything.

Just then, Ella remembered she had wanted to ask her friend where she’d been for several hours earlier in the afternoon and what the strangely familiar song was she’d come back humming. However, before she could, Marley hopped off Ella’s bunk and dissolved into her funky dance walking moves as she headed toward the door. Marley spun, bobbed, and weaved while waving her arms back and forth and twirling her hands around her head. Her random steps mixed between long and short in a lazy zigzag.  This usually made Ella smile and wish she had the guts to dance walk. This time, it only made her jealous of her friend’s constantly relaxed mood.

“You just do it to make people stare,” Ella snapped back.

“No I don’t,” Marley replied. “And you shouldn’t knock it. Dance walking is what you do when you are truly alive!”

Ella only scowled and pressed her arms tightly around her stomach, unfazed by her friend’s positivity.

Marley bounced back to Ella’s side, hugged her friend, and whispered, “After you’ve changed into your performance outfit, light this candle, say a prayer, and then blow out the flame. All will be well!”

She handed a small purple candle and book of matches to Ella before finally dance walking out the door. Ella put the candle and matches on her window ledge and looked at the crazy colorful get-up Marley had picked out for her. It was a combination of both their clothes and was supposed to ‘bring her inner star out.’  She reluctantly changed while quietly practicing the camp song she was doomed to perform.

Next, Ella lit the little candle and stood at her cabin’s window. She was so hoping the butterflies in her stomach would escape and flutter away on the cool early evening breeze. Ella took a deep breath, gazed desperately into the sky, and said a quick prayer for help with her sure-to-be disastrous singing performance. Then she blew out the candle and watched the smoke shimmer away. Her eyes nearly popped off her face and her heart lifted as she realized the twisting, spinning, zigzagging smoke looked exactly like Marley’s dance walking.

Feeling a small surge of confidence, Ella set her mind on her task ahead and jogged to the Mackersnacker Master Hall. As soon as she entered, she crossed her fingers and went directly to check the show list. Maybe, just maybe, there would be a correction or substitution in the lineup and she’d be off the hook.