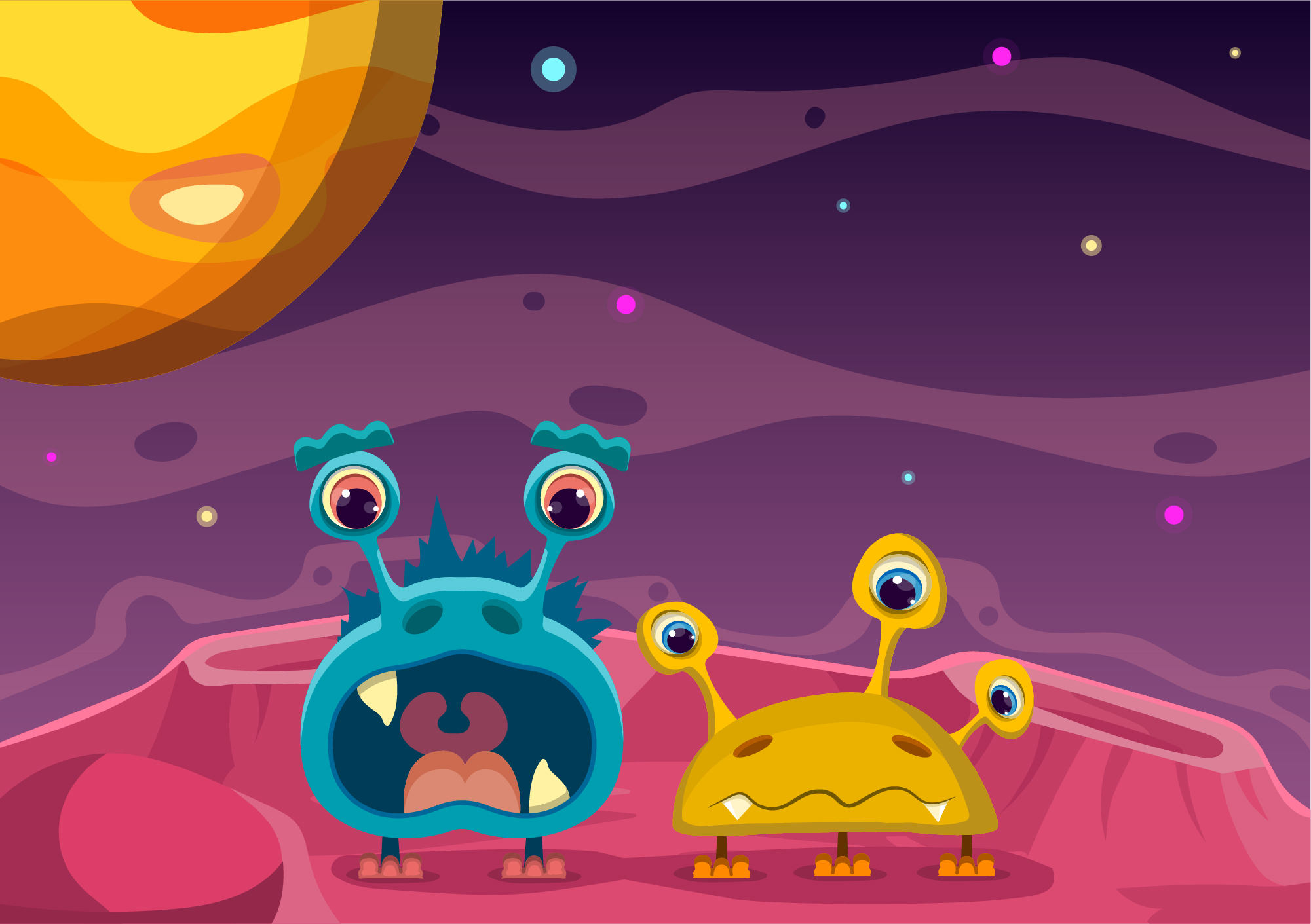 Windy pulled my tentacle as she scampered past.

“Ow! Are you trying to pull it from my head?” I called.

“You’re it Blasty,” Windy said, before she dropped into a moon tube.

Stinch and Cantu were nowhere in sight.  Either they were in tubes too, or they’d burrowed into the soft dust of the moon dunes. Sand rays are very good at hide and seek.

“Hey, Blasty, are you it?” I heard Cantu call from far off.

“Maybe . . . where are you?” I called back.  Her giggle sounded like it came from directly behind me.  I whipped around, but saw no one.

Suddenly the ground shook. I scrambled over to the nearest tube and splayed my body over the top of it.  I waited for a hot blast to launch me into the air.

“They don’t call me Blasty for nothing,” I said, securing all five feet in a star formation around the opening.

Windy popped her head out of the tube next to me.  “Blasty, that shaking wasn’t a tube blaster.  It wasn’t even a ground tremor.  Something’s going on.  Let’s see if we can figure it out.” She called out for Cantu and Stinch.  “Come on out! We want to investigate.”

When we were all together, Stinch suggested we look over the ridge. Windy and I scrambled behind the
two sand rays up a steep incline to the ridge. We crept up to the crumbly edge and peeked over.

A huge metal machine stood in the center of the vast valley. A hulking white creature emerged. It moved slowly, as if it waded through a waist deep moon dune.

“What is that?” Windy asked. Her face scrunched in confusion...