There comes a time in every rightly-constructed boy’s life when he has a raging desire to go somewhere and dig for hidden treasure. This desire suddenly came upon Tom one day. He sallied out to find Joe Harper, but failed of success. Next he sought Ben Rogers; he had gone fishing. Presently he stumbled upon Huck Finn the Red-Handed. Huck would answer. Tom took him to a private place and opened the matter to him confidentially. Huck was willing. Huck was always willing to take a hand in any enterprise that offered entertainment and required no capital, for he had a troublesome superabundance of that sort of time which is not money. “Where’ll we dig?” said Huck.

“No, indeed it ain’t. It’s hid in mighty particular places, Huck—sometimes on islands, sometimes in rotten chests under the end of a limb of an old dead tree, just where the shadow falls at midnight; but mostly under the floor in ha’nted houses.”

“So would I. But robbers don’t do that way. They always hide it and leave it there.”

“Don’t they come after it any more?”

“No, they think they will, but they generally forget the marks, or else they die. Anyway, it lays there a long time and gets rusty; and by and by somebody finds an old yellow paper that tells how to find the marks—a paper that’s got to be ciphered over about a week because it’s mostly signs and hy’roglyphics.”

“Hy’roglyphics—pictures and things, you know, that don’t seem to mean anything.”

“Have you got one of them papers, Tom?”

“Well then, how you going to find the marks?”

“I don’t want any marks. They always bury it under a ha’nted house or on an island, or under a dead tree that’s got one limb sticking out. Well, we’ve tried Jackson’s Island a little, and we can try it again some time; and there’s the old ha’nted house up the Still-House branch, and there’s lots of dead-limb trees—dead loads of ’em.”

“Then how you going to know which one to go for?”

“Well, what of that? Suppose you find a brass pot with a hundred dollars in it, all rusty and gray, or rotten chest full of di’monds. How’s that?”

“That’s bully. Plenty bully enough for me. Just you gimme the hundred dollars and I don’t want no di’monds.”

“All right. But I bet you I ain’t going to throw off on di’monds. Some of ’em’s worth twenty dollars apiece—there ain’t any, hardly, but’s worth six bits or a dollar.”

“Cert’nly—anybody’ll tell you so. Hain’t you ever seen one, Huck?”

“Not as I remember.”

“Oh, kings have slathers of them.”

“I reckon you don’t. But if you was to go to Europe you’d see a raft of ’em hopping around.”

“Shucks, I only meant you’d SEE ’em—not hopping, of course—what do they want to hop for?—but I mean you’d just see ’em—scattered around, you know, in a kind of a general way. Like that old humpbacked Richard.”

“Richard? What’s his other name?”

“Well, if they like it, Tom, all right; but I don’t want to be a king and have only just a given name, like a nigger. But say—where you going to dig first?”

“Well, I don’t know. S’pose we tackle that old dead-limb tree on the hill t’other side of Still-House branch?”

So they got a crippled pick and a shovel, and set out on their three-mile tramp. They arrived hot and panting, and threw themselves down in the shade of a neighboring elm to rest and have a smoke.

“Say, Huck, if we find a treasure here, what you going to do with your share?”

“Well, I’ll have pie and a glass of soda every day, and I’ll go to every circus that comes along. I bet I’ll have a gay time.”

“Oh, that ain’t any use. Pap would come back to thish-yer town some day and get his claws on it if I didn’t hurry up, and I tell you he’d clean it out pretty quick. What you going to do with yourn, Tom?”

“I’m going to buy a new drum, and a sure’nough sword, and a red necktie and a bull pup, and get married.”

“Well, that’s the foolishest thing you could do. Look at pap and my mother. Fight! Why, they used to fight all the time. I remember, mighty well.”

“That ain’t anything. The girl I’m going to marry won’t fight.”

“Tom, I reckon they’re all alike. They’ll all comb a body. Now you better think ’bout this awhile. I tell you you better. What’s the name of the gal?”

“It’s all the same, I reckon; some says gal, some says girl—both’s right, like enough. Anyway, what’s her name, Tom?”

“I’ll tell you some time—not now.”

“All right—that’ll do. Only if you get married I’ll be more lonesomer than ever.”

“No you won’t. You’ll come and live with me. Now stir out of this and we’ll go to digging.”

They worked and sweated for half an hour. No result. They toiled another halfhour. Still no result. Huck said:

“Do they always bury it as deep as this?”

“Sometimes—not always. Not generally. I reckon we haven’t got the right place.”

So they chose a new spot and began again. The labor dragged a little, but still they made progress. They pegged away in silence for some time. Finally Huck leaned on his shovel, swabbed the beaded drops from his brow with his sleeve, and said:

“Where you going to dig next, after we get this one?”

“I reckon maybe we’ll tackle the old tree that’s over yonder on Cardiff Hill back of the widow’s.”

“I reckon that’ll be a good one. But won’t the widow take it away from us, Tom? It’s on her land.”

“SHE take it away! Maybe she’d like to try it once. Whoever finds one of these hid treasures, it belongs to him. It don’t make any difference whose land it’s on.”

That was satisfactory. The work went on. By and by Huck said:

“Blame it, we must be in the wrong place again. What do you think?”

“It is mighty curious, Huck. I don’t understand it. Sometimes witches interfere. I reckon maybe that’s what’s the trouble now.”

“Shucks! Witches ain’t got no power in the daytime.”

“Well, that’s so. I didn’t think of that. Oh, I know what the matter is! What a blamed lot of fools we are! You got to find out where the shadow of the limb falls at midnight, and that’s where you dig!”

“Then consound it, we’ve fooled away all this work for nothing. Now hang it all, we got to come back in the night. It’s an awful long way. Can you get out?”

“I bet I will. We’ve got to do it tonight, too, because if somebody sees these holes they’ll know in a minute what’s here and they’ll go for it.”

“All right. Let’s hide the tools in the bushes.”

The boys were there that night, about the appointed time. They sat in the shadow waiting. It was a lonely place, and an hour made solemn by old traditions. Spirits whispered in the rustling leaves, ghosts lurked in the murky nooks, the deep baying of a hound floated up out of the distance, an owl answered with his sepulchral note. The boys were subdued by these solemnities, and talked little. By and by they judged that twelve had come; they marked where the shadow fell, and began to dig. Their hopes commenced to rise. Their interest grew stronger, and their industry kept pace with it. The hole deepened and still deepened, but every time their hearts jumped to hear the pick strike upon something, they only suffered a new disappointment. It was only a stone or a chunk. At last Tom said:

“Well, but we CAN’T be wrong. We spotted the shadder to a dot.”

“I know it, but then there’s another thing.”

“Why, we only guessed at the time. Like enough it was too late or too early.”

“That’s it,” said he. “That’s the very trouble. We got to give this one up. We can’t ever tell the right time, and besides this kind of thing’s too awful, here this time of night with witches and ghosts a-fluttering around so. I feel as if something’s behind me all the time;  and I’m afeard to turn around, becuz maybe there’s others in front a-waiting for a chance. I been creeping all over, ever since I got here.”

“Well, I’ve been pretty much so, too, Huck. They most always put in a dead man when they bury a treasure under a tree, to look out for it.”

“Tom, I don’t like to fool around much where there’s dead people. A body’s bound to get into trouble with ’em, sure.”

“I don’t like to stir ’em up, either. S’pose this one here was to stick his skull out and say something!”

“Well, it just is. Huck, I don’t feel comfortable a bit.”

“Say, Tom, let’s give this place up, and try somewheres else.”

“All right, I reckon we better.”

Tom considered awhile; and then said:

“Blame it, I don’t like ha’nted houses, Tom. Why, they’re a dern sight worse’n dead people. Dead people might talk, maybe, but they don’t come sliding around in a shroud, when you ain’t noticing, and peep over your shoulder all of a sudden and grit their teeth, the way a ghost does. I couldn’t stand such a thing as that, Tom—nobody could.”

“Yes, but, Huck, ghosts don’t travel around only at night. They won’t hender us from digging there in the daytime.”

“Well, that’s so. But you know mighty well people don’t go about that ha’nted house in the day nor the night.”

“Well, that’s mostly because they don’t like to go where a man’s been murdered, anyway—but nothing’s ever been seen around that house except in the night—just some blue lights slipping by the windows—no regular ghosts.”

“Well, where you see one of them blue lights flickering around, Tom, you can bet there’s a ghost mighty close behind it. It stands to reason. Becuz you know that they don’t anybody but ghosts use ’em.”

“Yes, that’s so. But anyway they don’t come around in the daytime, so what’s the use of our being afeard?”

They had started down the hill by this time. There in the middle of the moonlit valley below them stood the “ha’nted” house, utterly isolated, its fences gone long ago, rank weeds smothering the very doorsteps, the chimney crumbled to ruin, the window-sashes vacant, a corner of the roof caved in. The boys gazed awhile, half expecting to see a blue light flit past a window; then talking in a low tone, as befitted the time and the circumstances, they struck far off to the right, to give the haunted house a wide berth, and took their way homeward through the woods that adorned the rearward side of Cardiff Hill. 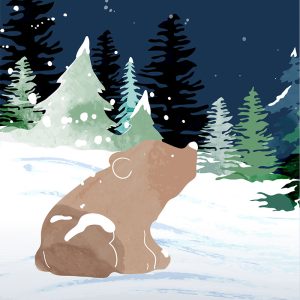 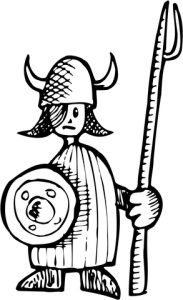 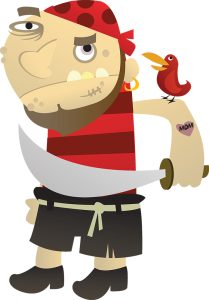 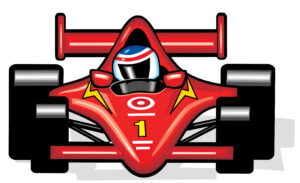 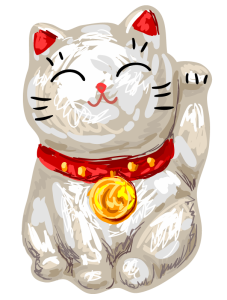 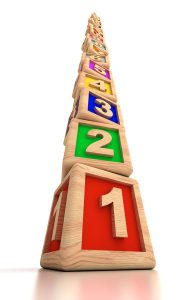 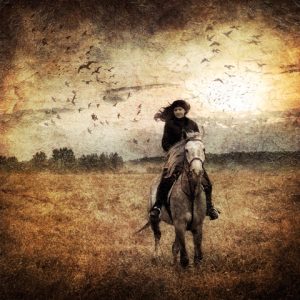 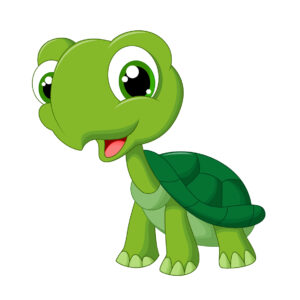 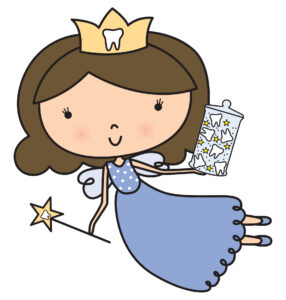 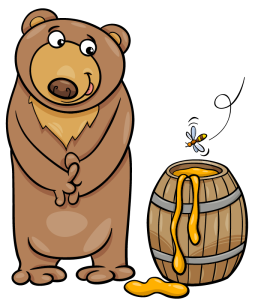