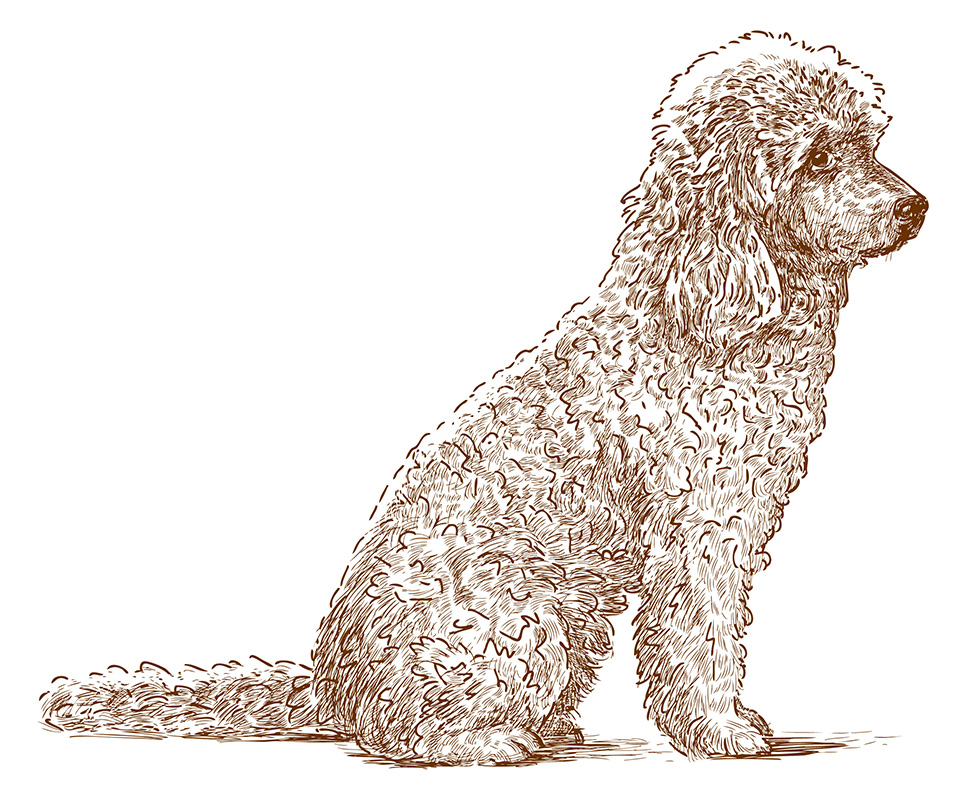 About half-past ten the cracked bell of the small church began to ring, and presently the people began to gather for the morning sermon. The Sunday-school children distributed themselves about the house and occupied pews with their parents, so as to be under supervision. Aunt Polly came, and Tom and Sid and Mary sat with her—Tom being placed next the aisle, in order that he might be as far away from the open window and the seductive outside summer scenes as possible. The crowd filed up the aisles: the aged and needy postmaster, who had seen better days; the mayor and his wife—for they had a mayor there, among other unnecessaries; the justice of the peace; the widow Douglass, fair, smart, and forty, a generous, good-hearted soul and well-to-do, her hill mansion the only palace in the town, and the most hospitable and much the most lavish in the matter of festivities that St. Petersburg could boast; the bent and venerable Major and Mrs. Ward; lawyer Riverson, the new notable from a distance; next the belle of the village, followed by a troop of lawn-clad and ribbon-decked young heart-breakers; then all the young clerks in town in a body—for they had stood in the vestibule sucking their cane-heads, a circling wall of oiled and simpering admirers, till the last girl had run their gantlet; and last of all came the Model Boy, Willie Mufferson, taking as heedful care of his mother as if she were cut glass. He always brought his mother to church, and was the pride of all the matrons. The boys all hated him, he was so good. And besides, he had been “thrown up to them” so much. His white handkerchief was hanging out of his pocket behind, as usual on Sundays—accidentally. Tom had no handkerchief, and he looked upon boys who had as snobs.

Why do you think Tom thought the boys who had handkerchiefs were snobs?

The congregation being fully assembled, now, the bell rang once more, to warn laggards and stragglers, and then a solemn hush fell upon the church which was only broken by the tittering and whispering of the choir in the gallery. The choir always tittered and whispered all through service. There was once a church choir that was not ill-bred, but I have forgotten where it was, now. It was a great many years ago, and I can scarcely remember anything about it, but I think it was in some foreign country.

The minister gave out the hymn, and read it through with a relish, in a peculiar style which was much admired in that part of the country. His voice began on a medium key and climbed steadily up till it reached a certain point, where it bore with strong emphasis upon the topmost word and then plunged down as if from a spring-board:

Shall I be car-ri-ed toe the skies, on flow’ry BEDS of ease,

Whilst others fight to win the prize, and sail thro’ BLOOD-y seas?

He was regarded as a wonderful reader. At church “sociables” he was always called upon to read poetry; and when he was through, the ladies would lift up their hands and let them fall helplessly in their laps, and “wall” their eyes, and shake their heads, as much as to say, “Words cannot express it; it is too beautiful, TOO beautiful for this mortal earth.”

After the hymn had been sung, the Rev. Mr. Sprague turned himself into a bulletin-board, and read off “notices” of meetings and societies and things till it seemed that the list would stretch out to the crack of doom—a queer custom which is still kept up in America, even in cities, away here in this age of abundant newspapers. Often, the less there is to justify a traditional custom, the harder it is to get rid of it.

And now the minister prayed. A good, generous prayer it was, and went into details: it pleaded for the church, and the little children of the church; for the other churches of the village; for the village itself; for the county; for the State; for the State officers; for the United States; for the churches of the United States; for Congress; for the President; for the officers of the Government; for poor sailors, tossed by stormy seas; for the oppressed millions groaning under the heel of European monarchies and Oriental despotisms; for such as have the light and the good tidings, and yet have not eyes to see nor ears to hear withal; for the heathen in the far islands of the sea; and closed with a supplication that the words he was about to speak might find grace and favor, and be as seed sown in fertile ground, yielding in time a grateful harvest of good. Amen.

There was a rustling of dresses, and the standing congregation sat down. The boy whose history this book relates did not enjoy the prayer, he only endured it—if he even did that much. He was restive all through it; he kept tally of the details of the prayer, unconsciously—for he was not listening, but he knew the ground of old, and the clergyman’s regular route over it—and when a little trifle of new matter was interlarded, his ear detected it and his whole nature resented it; he considered additions unfair, and scoundrelly. In the midst of the prayer a fly had lit on the back of the pew in front of him and tortured his spirit by calmly rubbing its hands together, embracing its head with its arms, and polishing it so vigorously that it seemed to almost part company with the body, and the slender thread of a neck was exposed to view; scraping its wings with its hind legs and smoothing them to its body as if they had been coat-tails; going through its whole toilet as tranquilly as if it knew it was perfectly safe. As indeed it was; for as sorely as Tom’s hands itched to grab for it they did not dare—he believed his soul would be instantly destroyed if he did such a thing while the prayer was going on. But with the closing sentence his hand began to curve and steal forward; and the instant the “Amen” was out the fly was a prisoner of war. His aunt detected the act and made him let it go.

Was Tom paying attention during the prayer?

The minister gave out his text and droned along monotonously through an argument that was so prosy that many a head by and by began to nod—and yet it was an argument that dealt in limitless fire and brimstone and thinned the predestined elect down to a company so small as to be hardly worth the saving. Tom counted the pages of the sermon; after church he always knew how many pages there had been, but he seldom knew anything else about the discourse. However, this time he was really interested for a little while. The minister made a grand and moving picture of the assembling together of the world’s hosts at the millennium when the lion and the lamb should lie down together and a little child should lead them. But the pathos, the lesson, the moral of the great spectacle were lost upon the boy; he only thought of the conspicuousness of the principal character before the on-looking nations; his face lit with the thought, and he said to himself that he wished he could be that child, if it was a tame lion.

Now he lapsed into suffering again, as the dry argument was resumed. Presently he bethought him of a treasure he had and got it out. It was a large black beetle with formidable jaws—a “pinchbug,” he called it. It was in a percussion-cap box. The first thing the beetle did was to take him by the finger. A natural fillip(1) followed, the beetle went floundering into the aisle and lit on its back, and the hurt finger went into the boy’s mouth. The beetle lay there working its helpless legs, unable to turn over. Tom eyed it, and longed for it; but it was safe out of his reach. Other people uninterested in the sermon found relief in the beetle, and they eyed it too. Presently a vagrant poodle dog came idling along, sad at heart, lazy with the summer softness and the quiet, weary of captivity, sighing for change. He spied the beetle; the drooping tail lifted and wagged. He surveyed the prize; walked around it; smelt at it from a safe distance; walked around it again; grew bolder, and took a closer smell; then lifted his lip and made a gingerly snatch at it, just missing it; made another, and another; began to enjoy the diversion; subsided to his stomach with the beetle between his paws, and continued his experiments; grew weary at last, and then indifferent and absent-minded. His head nodded, and little by little his chin descended and touched the enemy, who seized it. There was a sharp yelp, a flirt of the poodle’s head, and the beetle fell a couple of yards away, and lit on its back once more. The neighboring spectators shook with a gentle inward joy, several faces went behind fans and hand-kerchiefs, and Tom was entirely happy. The dog looked foolish, and probably felt so; but there was resentment in his heart, too, and a craving for revenge. So he went to the beetle and began a wary attack on it again; jumping at it from every point of a circle, lighting with his fore-paws within an inch of the creature, making even closer snatches at it with his teeth, and jerking his head till his ears flapped again. But he grew tired once more, after a while; tried to amuse himself with a fly but found no relief; followed an ant around, with his nose close to the floor, and quickly wearied of that; yawned, sighed, forgot the beetle entirely, and sat down on it. Then there was a wild yelp of agony and the poodle went sailing up the aisle; the yelps continued, and so did the dog; he crossed the house in front of the altar; he flew down the other aisle; he crossed before the doors; he clamored up the home-stretch; his anguish grew with his progress, till presently he was but a woolly comet moving in its orbit with the gleam and the speed of light. At last the frantic sufferer sheered from its course, and sprang into its master’s lap; he flung it out of the window, and the voice of distress quickly thinned away and died in the distance.

What kind of bug was the dog chasing?

By this time the whole church was red-faced and suffocating with suppressed laughter, and the sermon had come to a dead standstill. The discourse was resumed presently, but it went lame and halting, all possibility of impressiveness being at an end; for even the gravest sentiments were constantly being received with a smothered burst of unholy mirth, under cover of some remote pew-back, as if the poor parson had said a rarely facetious thing. It was a genuine relief to the whole congregation when the ordeal was over and the benediction pronounced.

Tom Sawyer went home quite cheerful, thinking to himself that there was some satisfaction about divine service when there was a bit of variety in it. He had but one marring thought; he was willing that the dog should play with his pinchbug, but he did not think it was upright in him to carry it off.

1. to fillip something (like a beetle) is to flick it up into the air with your finger