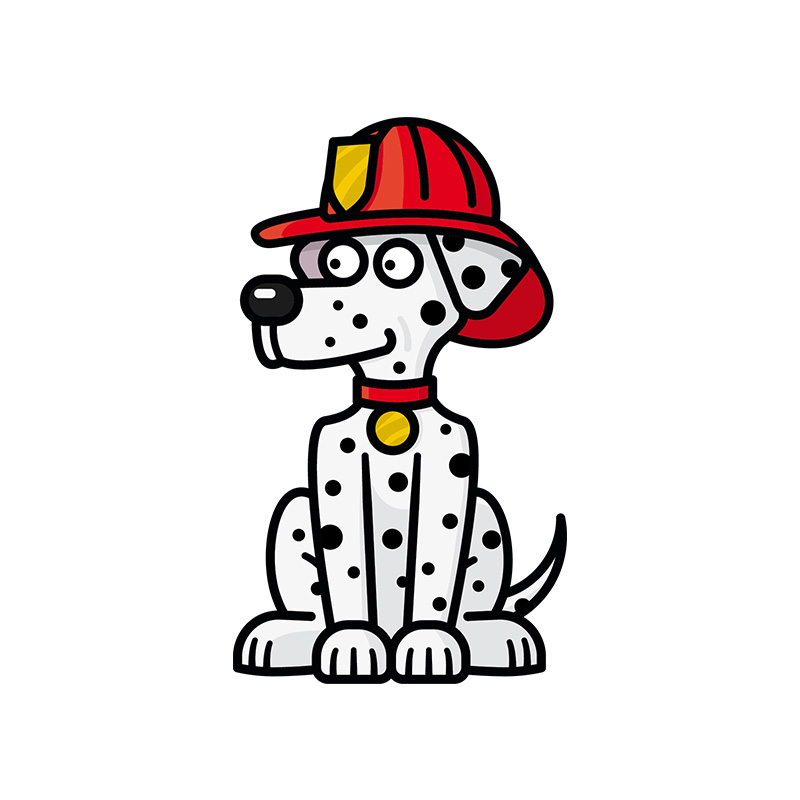 A Home for Sparks

Sparks whined and covered his head with his paws.

“Smokey, the new puppy, is coming today,” Mike said. “He’s a Dalmatian like you.”

Sparks whined again. After ten years, he was being replaced by a rookie.

When the new puppy came, Sparks stayed away. Smokey sniffed him, but Sparks didn’t move. He didn’t want Smokey to think they were going to be friends.

Even though Sparks didn’t like Smokey, the firemen did. They played with him all day. Nobody paid any attention to Sparks anymore. He didn’t even get a pat on the head as they passed. He could leave and nobody would even notice. He needed to find a new home now, one where he would be loved as much as the firemen used to love him.

Sparks darted for the door. He ran and ran. Smelling the welcoming scent of hamburgers, he followed it to a yard filled with people. His tail whipped back and forth as he ran toward the man holding a plate of burgers. Because the firemen had taught him not to jump up on people, Sparks dropped to his hind legs at the man’s feet and offered a paw in greeting.

“Go away. Shoo, shoo!” they shouted. One man even threw him a hamburger. But Sparks turned his nose up at the food. That wasn’t what he wanted. He wanted a home.

Sparks left but he wasn’t giving up. He sniffed the air again, and found the scent of other dogs. Where there were dogs, there had to be people, he thought.

Sparks followed the scent to a dog park. His tail wagged as he watched a man throw a stick nearby. This was his chance, he thought, and dashed toward it, catching it easily between his teeth. Proudly, he pranced toward the man.

A black lab snapped and growled in warning before Sparks could return the stick. It was his human, Sparks realized. He dropped the stick and left the dog park.

Still determined, this time he tried to find only human scents. He sniffed and sniffed until he smelled something different. It wasn’t a dog, or food, or a human, it was a scent he knew well--